The U.S. military hosted a blood drive at Camp Humphreys in Pyeongtaek, some 70 kilometers south of Seoul, in partnership with the Korean National Red Cross, and more than 60 individuals donated blood, according to USFK.

"Since the onset of COVID-19, an unprecedented number of blood drives were canceled, resulting in an opportunity for Korean and U.S. Forces to work together and negate this shortage of available blood and blood products in South Korea," USFK said in a statement.

The donation is expected to help diverse blood supplies in South Korea, given that around 20 percent of the U.S. population has an Rh-negative blood type, with the comparable figure for South Korea 0.3 percent, USFK said, adding that the donated blood will be used at civilian and military hospitals throughout the country. 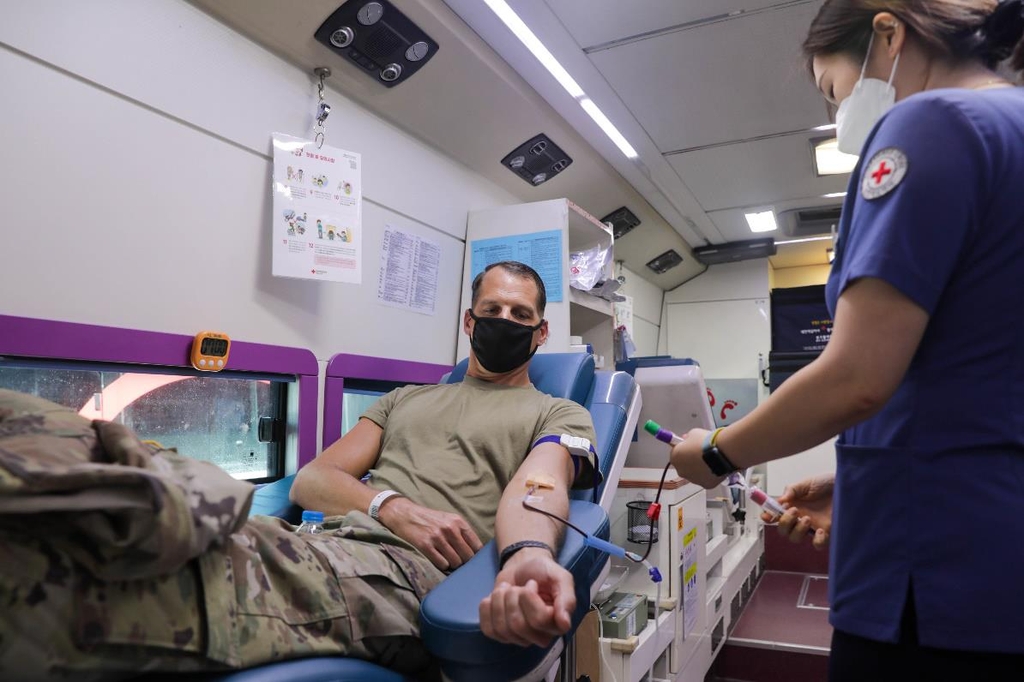