Chung made the call during in-person bilateral talks with Chilean Foreign Minister Andrés Allamand in Seoul earlier in the day, as Seoul is seeking to become an associate member of the Pacific Alliance (PA) to deepen economic ties with countries in the region.

The PA was launched in 2011 by Chile, Colombia, Mexico and Peru -- who combine to account for 58 percent of trade volume in Latin America -- to promote regional economic integration and expand trade with Asia-Pacific countries. South Korea is currently among some 50 observer countries, along with the U.S., China and Japan.

"While noting that trade and investment with Chile have expanded through the bilateral free trade agreement (FTA), Minister Chung asked for cooperation from the Chilean side in resuming the negotiation process for South Korea's accession to the PA as an associate member state," the ministry said in a release.

In the talks, the two sides also discussed efforts to boost cooperation in a broad range of areas, including green hydrogen, digital technology and Antarctica, the ministry said.

Allamand was visiting Seoul this week for negotiations on revising the FTA with Korea in a way that will expand the scope of the free trade and update the terms of the two-way trade pact that went into effect in 2004. 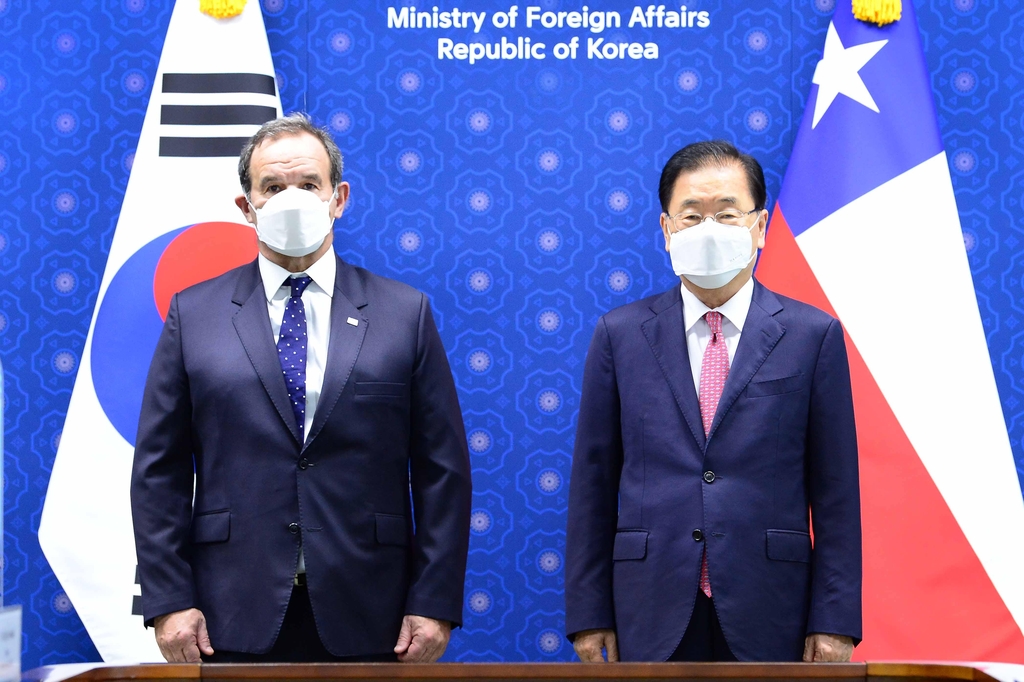