WASHINGTON, July 21 (Yonhap) -- U.S. Deputy Secretary of State Wendy Sherman will visit China this week for talks with Chinese officials on ways to manage the countries' relationship and cooperate in areas of mutual concern, the State Department said Wednesday.

The last-minute addition to Sherman's ongoing trip to Asia comes amid a growing competition between the world's two largest economies.

"In the PRC, the deputy secretary will travel to Tianjin to meet with PRC officials, including State Councilor and Foreign Minister Wang Yi," the department said in a press release, adding Sherman will be in China on Sunday and Monday, followed by a one-day visit to Oman the following day.

"These discussions are part of ongoing U.S. efforts to hold candid exchanges with PRC officials to advance U.S. interests and values and to responsibly manage the relationship. The Deputy Secretary will discuss areas where we have serious concerns about PRC actions, as well as areas where our interests align," it added. 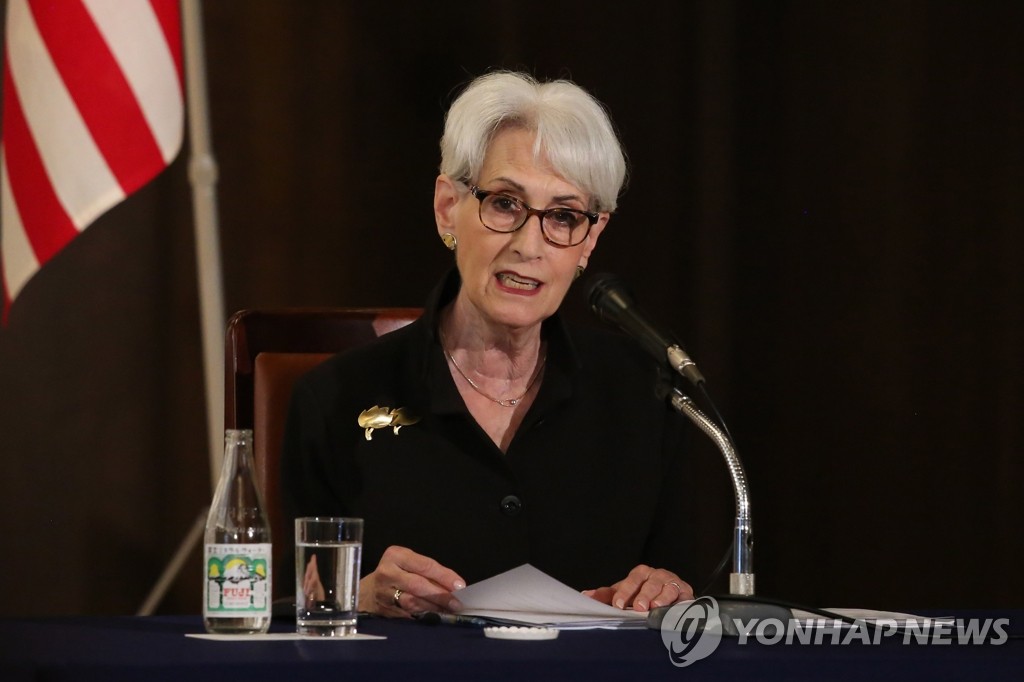 The deputy secretary was originally scheduled to visit Japan, South Korea and Mongolia during her ongoing trip, which began Sunday.

Her planned visit to China comes after Washington called out Beijing as a state sponsor of "malicious cyber activities," in an unprecedented move that was joined by dozens of U.S. allies, including all member countries of the European Union and the North Atlantic Treaty Organization.

A senior official at the State Department had said Sherman's visit to China, if made, would partly be focused on North Korea.

"The DPRK is one area where we may work with (China) because you can't do a solution (without them)," the department official was quoted as telling Reuters earlier, referring to North Korea by its official name, the Democratic People's Republic of Korea.

State Department spokesman Ned Price reiterated the U.S. and China share a common interest when it comes to North Korea.

"It is in no one's interest for the DPRK to be a threat to the region and potentially beyond. It is in no one's interest to see a humanitarian catastrophe potentially unfold in the DPRK, and so I think it is safe to say that we do have some alignment of interests when it comes to the DPRK and we'll be in a position to explore that," he said of Sherman's scheduled trip to China.

The department spokesman declined to answer when asked if Sherman and her Chinese counterparts would discuss ways to bring North Korea back to the dialogue table, but reiterated the countries will "certainly" explore areas where cooperation is possible.

"I don't want to go any further into what they may discuss visa vi the DPRK or any other issue, but they will certainly explore those areas where our interests are aligned because this visit is very much about advancing U.S. interests," Price said in a press briefing. 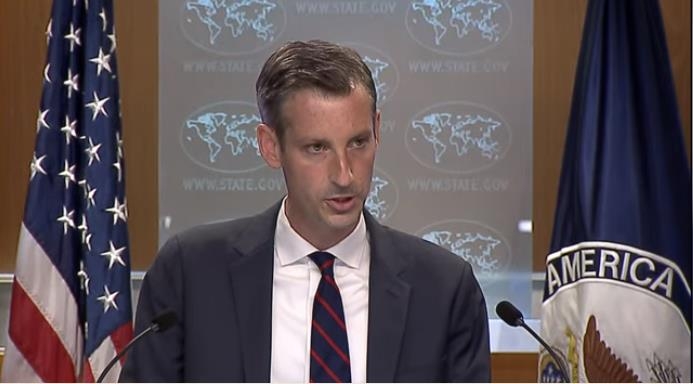 North Korea has stayed away from denuclearization negotiations since early 2019, and remains unresponsive to a number of U.S. overtures made since the Joe Biden administration took office in January.

Sherman renewed her country's outreach to North Korea during her visit to Tokyo on Wednesday (local time).

"The United States has made it clear that we are ready to engage with North Korea. They know that. We hope they'll respond positively," she said.