Net profit reached 540.6 billion won (US$468.5 million) in the April-June period, compared with a profit of 90.7 billion won a year earlier, the company said in a press release.

Operating income reached a quarterly high of 335.6 billion won during the cited period, marking an increase of 8.9 percent from the year before. Sales totaled 1.66 trillion won, representing a 30.4 percent increase from a year earlier, Naver said. 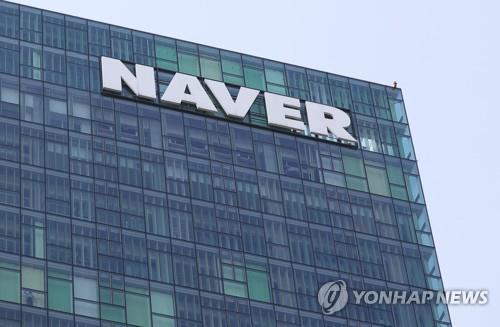 Revenue from its commerce business skyrocketed 42.6 percent in the second quarter on the back of increased online shopping as more people refrained from going outside amid the COVID-19 pandemic.

Naver said revenue from its platform business, including its messenger Line, surged 21.8 percent on-year to 826 billion won during the same period.

Content sales advanced 28.2 percent on-year during the cited period to 144.8 billion won due to the increased revenues from its webtoons and an increase in global users, it said.