TOKYO, July 22 (Yonhap) -- South Korea's objective at this year's Tokyo Olympics is to win six to seven gold medals. And more than half of that total could come on the first full day of the competition following Friday's opening ceremony. 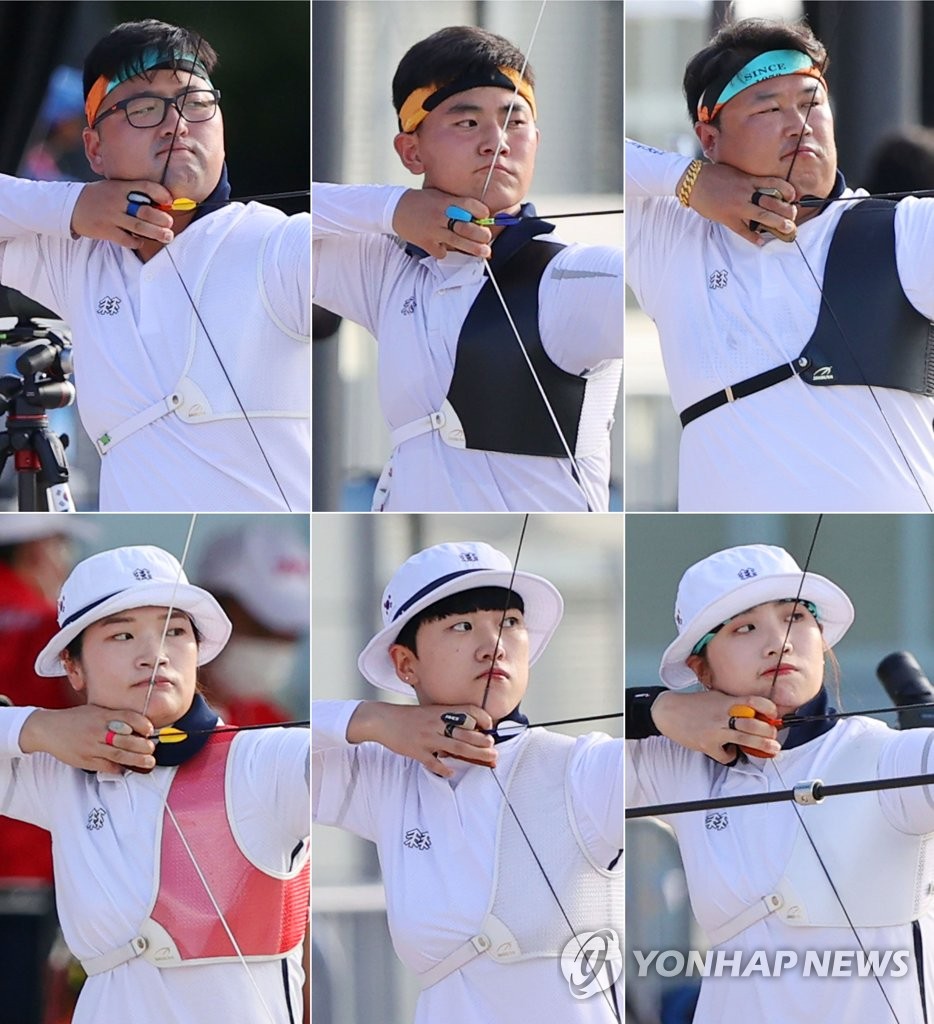 Jin Jong-oh, one of the most accomplished pistol shooters in Olympic history, could be the first one to bring home the gold. He will compete in the men's 10m air pistol, with the final scheduled to begin at 3:30 p.m. Saturday at Asaka Shooting Range.

Jin, 41, is in his fifth Olympics. He has won six medals so far, with four gold and two silver medals. The next medal, regardless of its color, will make Jin the most decorated Olympian from South Korea.

Jin had won the past three gold medals in the 50m pistol, but that event was cut from the Tokyo's program. Jin has a gold and a silver from the 10m air pistol, and South Korean officials believe Jin has been better in the shorter distance event at other international events. 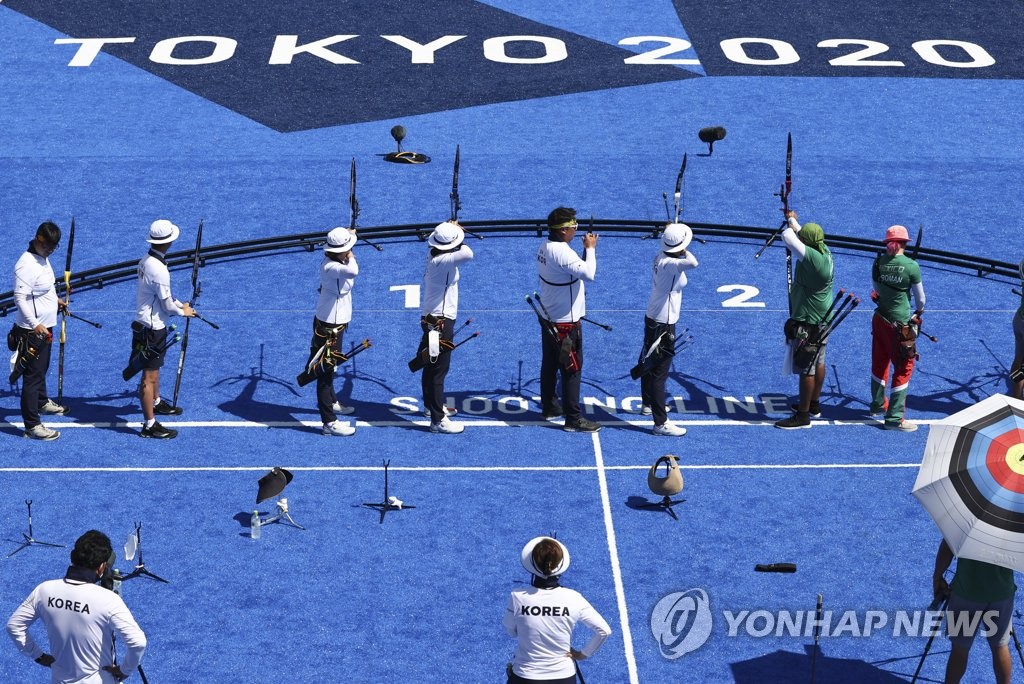 If Jin can't come through with South Korea's first gold at these Olympic Games, the nation will turn its eyes to archers.

The mixed team event has been added to archery for the first time this year. South Korea has three male and three female archers on hand, and the country will determine which pair will compete in the team event following the individual ranking rounds Friday. 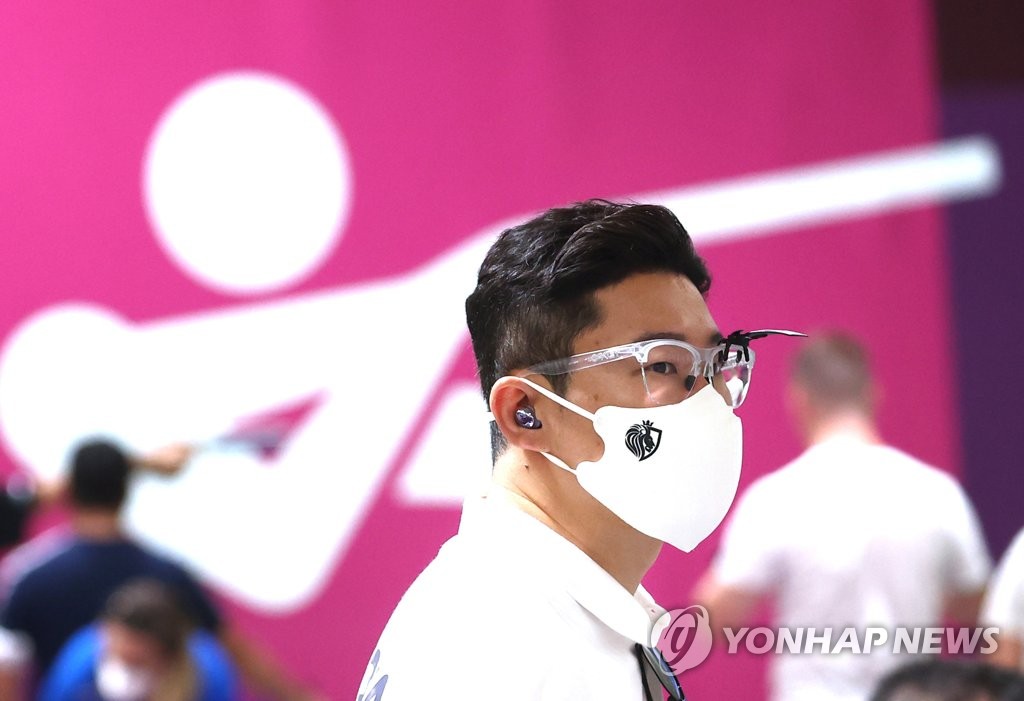 The seeding for the mixed team competition will be based on individual archers' ranking round results. The top 16 countries will be pitted against one another in a single-elimination bracket.

Later Saturday night, the spotlights should be on the male sabre fencers and two taekwondo practitioners.

Oh Sang-uk, the world No. 1 in the men's sabre, is the gold medal favorite. Two of his teammates, Gu Bon-gil and Kim Jung-hwan, have stepped on Olympic podiums before -- Gu having won the team gold in 2012 and Kim the individual bronze in 2016 -- and will try to do it again Saturday.

The men's sabre individual final begins at 9:15 p.m. at Makuhari Messe Hall B.

Over at Makuhari Messe Hall A on the same day, taekwondo kicks off with the flyweight action for men and women. 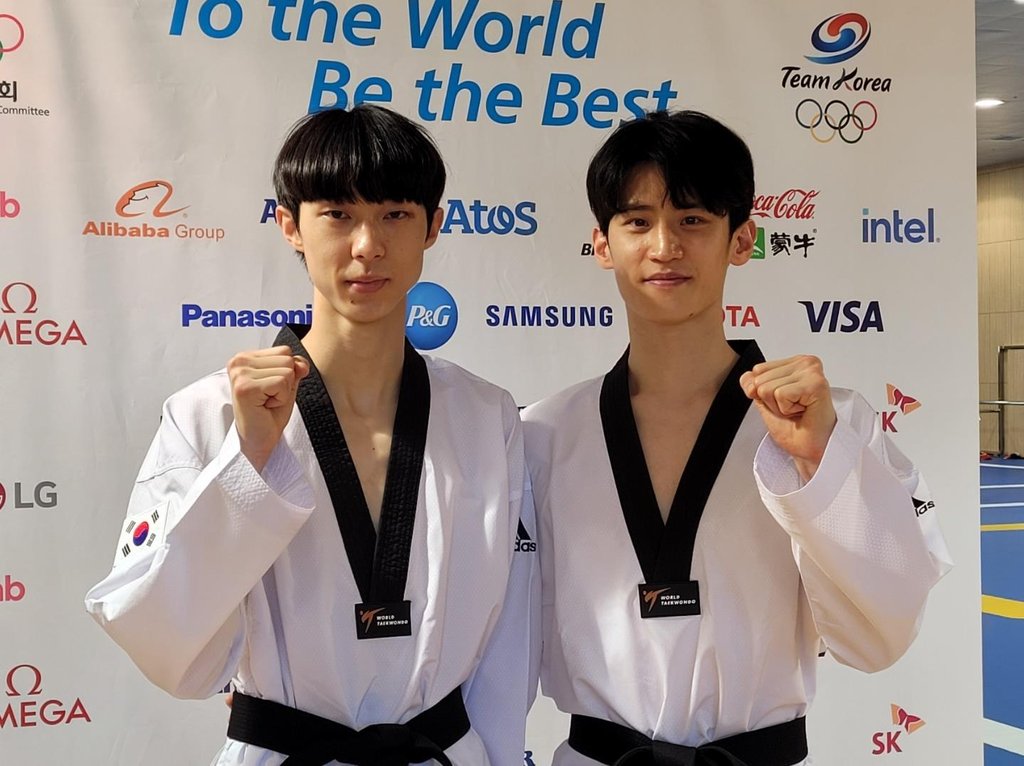 The 2019 world champion Jang Jun will compete in the men's 58kg class, and Sim Jae-young, the two-time world champ in 46kg, will take the mat in the women's 49kg division.

If both reach the gold medal contests, Sim will go first at 9:30 p.m., and Jang will follow 15 minutes later.

Both Sim and Jang overcame former Olympic medalists to qualify for Tokyo -- Sim beating the 2016 Olympic champion Kim So-hui, and Jang getting past the 2016 bronze medalist and three-time world champion Kim Tae-hun.

South Korea is the birthplace of taekwondo, and it leads the all-time Olympic medal table with 12 gold and 19 medals overall.

Taekwondo has usually taken place late in the Olympics, but it has been scheduled for the early portion of the Tokyo Games. It gives South Korean practitioners, along with archers, a chance to set the tone early for the rest of the national delegation. 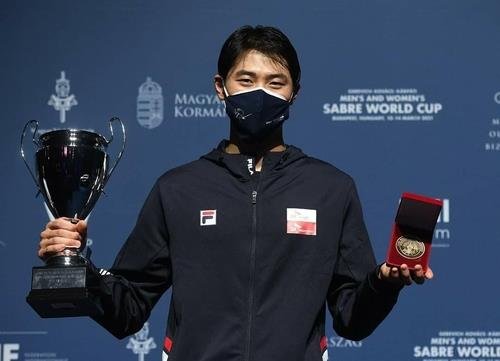