SEOUL, July 22 (Yonhap) -- After missing almost a full year with shoulder problems, LG Twins' left-hander Cha Woo-chan returned with a bang, with a 2-0 record and a 1.13 ERA in 16 innings over his first three starts. That impressive comeback, plus Cha's championship experience, helped him get picked as one of only two left-handers for the South Korean Olympic baseball team.

But the 34-year-old struggled mightily over the next two outings, as he was shelled for 12 runs -- one unearned -- on nine hits in 6 1/3 innings combined. 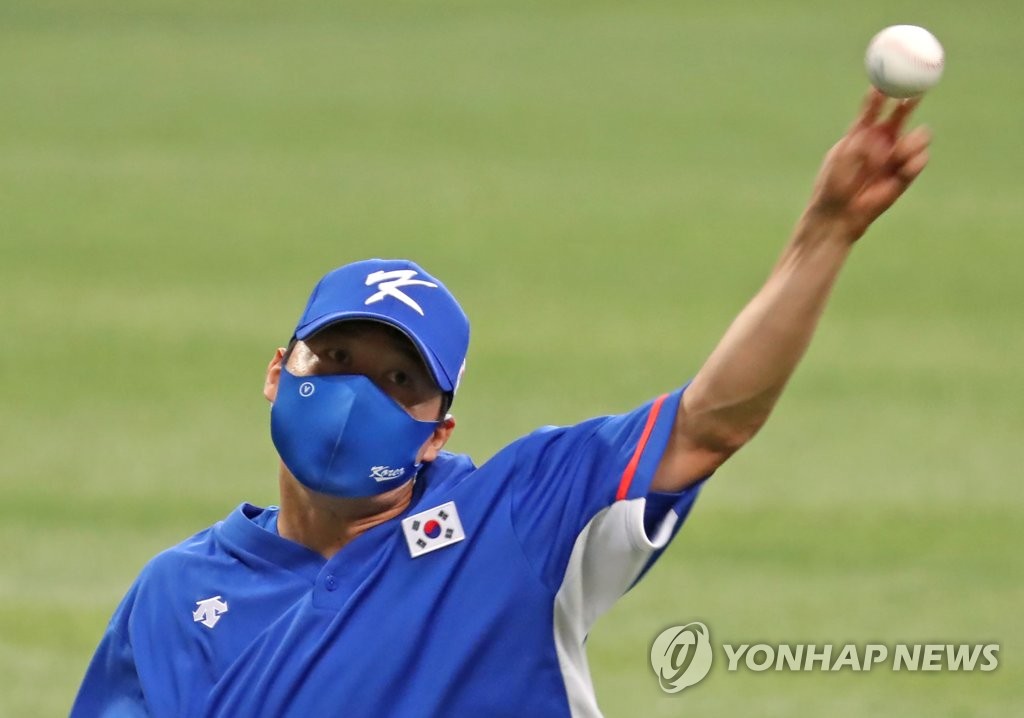 Those two starts came after the Olympic team selection. Cha was demoted to the minor league on July 6, a day after allowing five runs on three hits and two walks in only 1 1/3 innings versus the Hanwha Eagles. There were whispers that he had re-injured his shoulder and rumblings that he should be replaced ahead of the Olympics.

Cha would have been eligible to rejoin the Twins after a minor league stint last week, if not for coronavirus-related suspension of the season. He hasn't pitched in a game for over two weeks, but the veteran swingman insists he is as healthy as ever.

"I feel like I am in the best shape that I can be right now," Cha told reporters before the national team's practice on Wednesday at Gocheok Sky Dome in Seoul. "I had an extended break after my last outing, and it gave me enough time to prepare for the Olympics. I took care of my body really well, and I've been throwing the ball really well (in practices)." 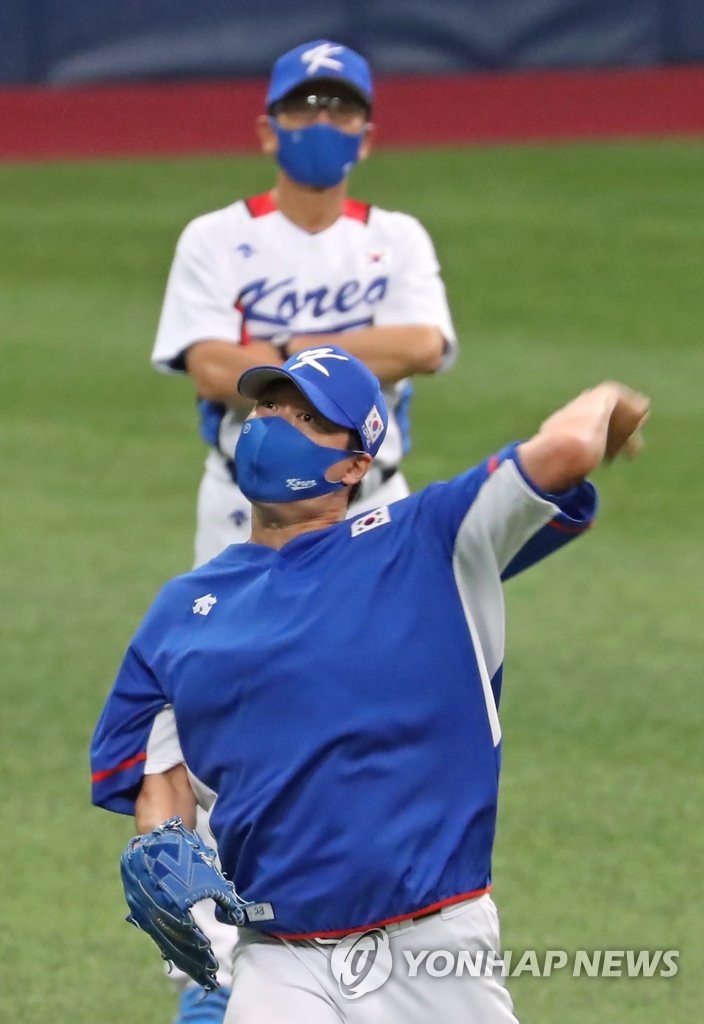 Cha admitted that he is not throwing as hard as he'd like to because he hasn't been in a game for quite some time. But he added, "Velocity will tick up as I pitch in more games. I don't see particular problems there."

Cha and a 19-year-old rookie for the Kia Tigers, Lee Eui-lee, were the only two southpaws picked by manager Kim Kyung-moon at first. The skipper has since added the Lotte Giants pitcher Kim Jin-uk, another 19-year-old rookie.

In addition to his on-field responsibilities as someone who can pitch in any situation, Cha will also be asked to be the mentor for the teenagers.

"They both have really good stuff, and they're such bright young athletes," Cha said. "They've been pitching so well, and I don't have any advice for them yet." 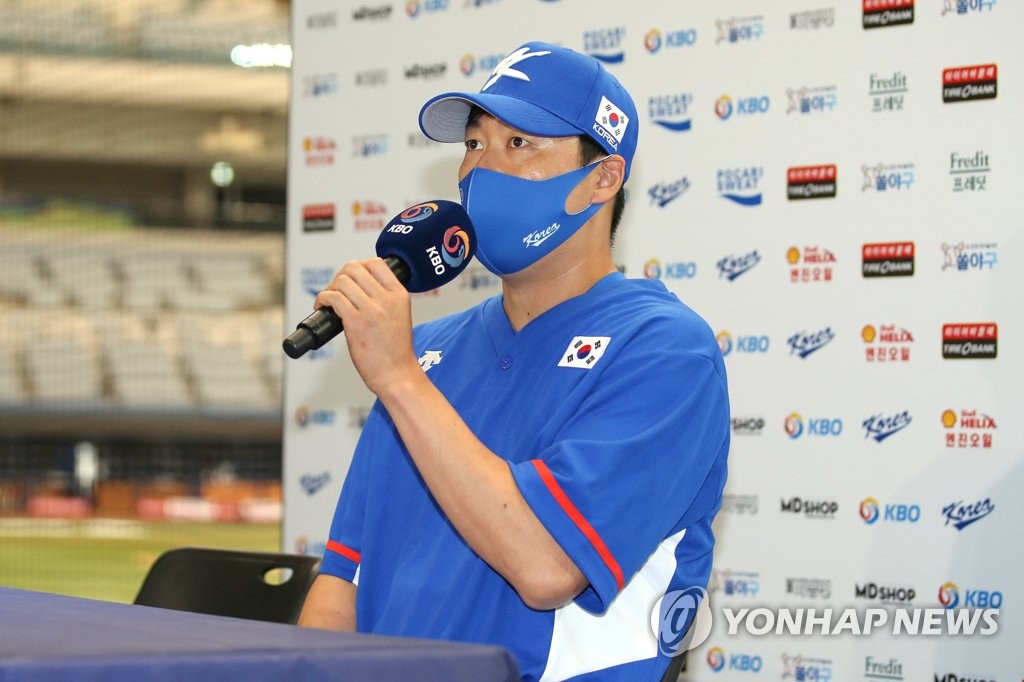 Over his 16-year Korea Baseball Organization (KBO) career, Cha has spent time both as a starter and a reliever. He said he will be up for any role he's asked to take on for South Korea.

"I spoke to pitching coach Choi Il-eon before training camp, and he said I will likely end up in middle relief," Cha said. "So I am trying to get ready for middle innings."

As his international career winds down, Cha wants to make his Tokyo experience count.

"For athletes, the Olympic Games are the ultimate. It is my first and could be my last Olympics," he said. "As one of the oldest players, I am holding myself responsible for leading the team to a great tournament." 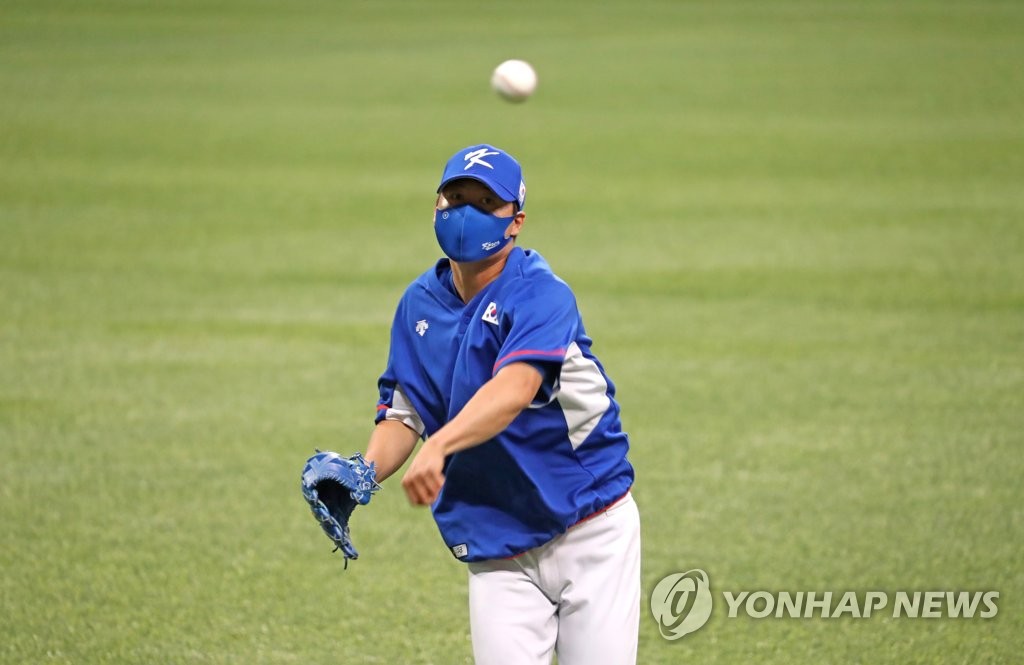