Unveiling a list of 65 technologies in the three industrial sectors, Hong said the government will funnel 2 trillion won (US$1.7 billion) in funds by 2023 to help companies develop such technologies.

The government will hike taxation support if companies spend money to build facilities for such technologies, Hong said. 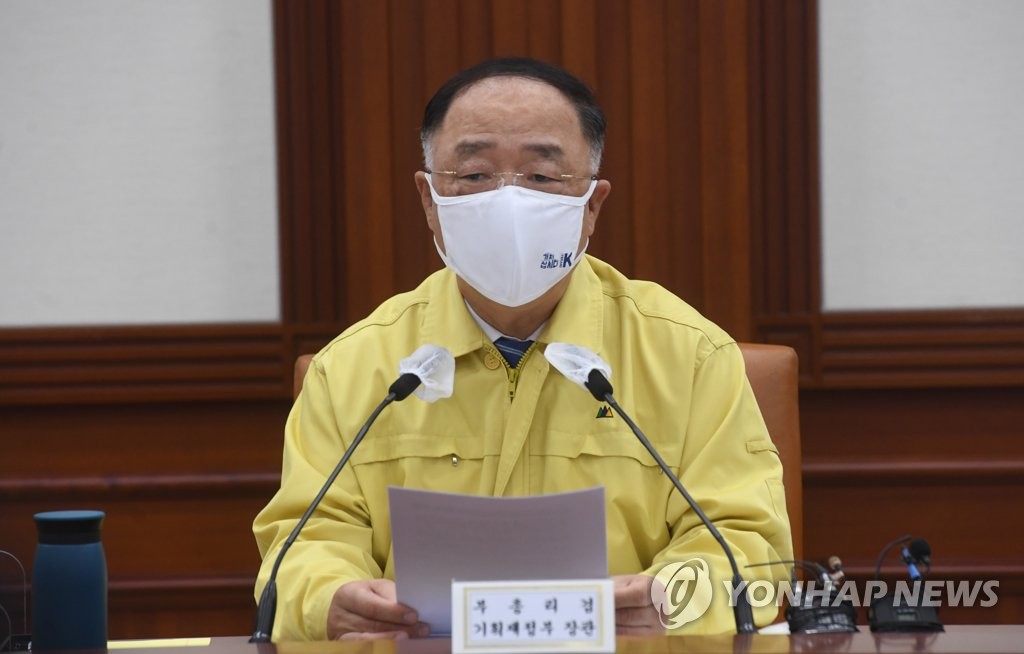 Earlier this month, the government announced plans to expand its investment in its signature New Deal policy projects, in a bid to create more jobs and better prepare for the post-pandemic era.

Under the New Deal 2.0 initiative, the government will invest 220 trillion won in pushing for digital and green energy projects and promoting inclusive economic growth by 2025, up from its earlier investment plan of 160 trillion won.

It is an upgraded version of the New Deal 1.0 drive unveiled last year that centers on laying the groundwork for economic growth over the long haul amid the COVID-19 pandemic.

Hong said the government will set aside more than 30 trillion won in next year's budget for the initiative.
(END)