SEOUL, July 22 (Yonhap) -- A UNESCO committee on Thursday called for Japan to keep its promise to honor forced labor victims at an information center on industrial revolution sites registered on the World Heritage list.

The committee expressed strong regrets over Tokyo's failure to carry out its promise and called on Tokyo to improve the way it explains the Korean victims.

Upon the 2015 World Heritage designation of 23 Meiji-era sites, Tokyo said it would establish an information center to remember the victims based on its recognition of "Koreans and others who were brought against their will and forced to work under harsh conditions in the 1940s at some of the sites."

But it only highlighted achievements of Japan's industrial revolution with no mention of the victims' suffering at those facilities, including the notorious Hashima Island, also known as the Battleship Island, where many Koreans were taken to toil at coal mines.

Japan has since remained lukewarm about carrying out UNESCO recommendations.

In June, the WHC sent a joint monitoring team with an advisory body to check Tokyo's implementation, and the team said in a report that Japan has failed to carry out its promise.

South Korea has urged Japan to thoroughly comply with a decision by the WHC that recommended a measure to allow an understanding of the "full history of each site." 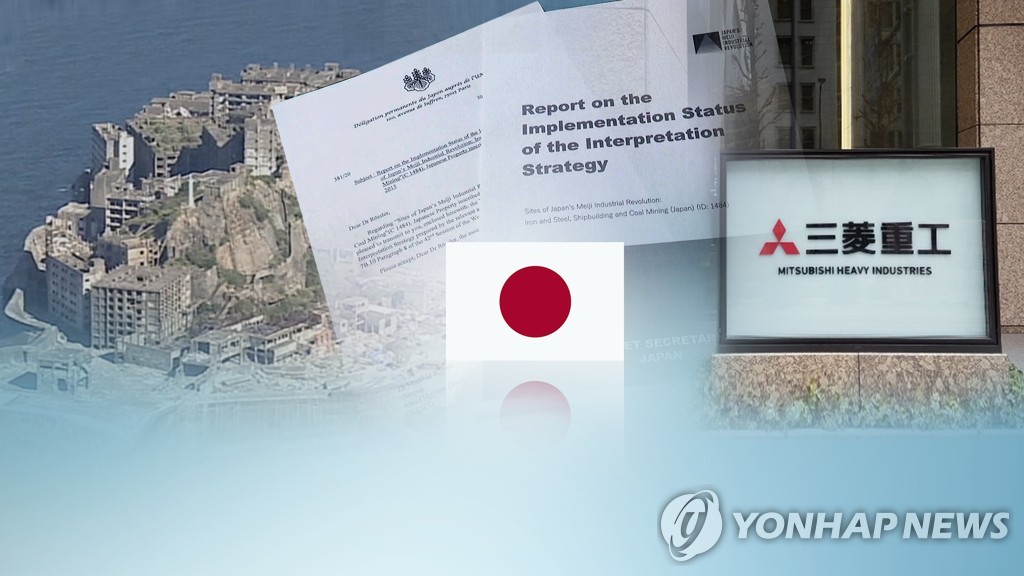