Sherman arrived here Wednesday for a three-day visit, after she had trilateral talks with Choi and her Japanese counterpart, Takeo Mori, in Tokyo to highlight trilateral cooperation.

During their talks, Choi and Sherman are expected to discuss how to resume dialogue with Pyongyang and the implementation of agreements reached at the May 21 summit between Presidents Moon Jae-in and Joe Biden, including strengthening supply chains for chips and large-capacity batteries.

They could also discuss cooperation in fighting the COVID-19 pandemic and climate change, and the two countries' efforts to promote cooperation between their regional policy initiatives -- Seoul's New Southern Policy and Washington's Indo-Pacific strategy.

Sherman could touch on China-related issues, as the U.S. has been hardening its stance against Beijing's policies on Hong Kong, the Xinjiang region, the East and South China seas, and the Taiwan Strait.

Also drawing attention is whether Sherman will weigh in to foster reconciliation between Seoul and Tokyo, caught in a protracted row over wartime history and trade. Japan colonized the Korean Peninsula from 1910-1945.

Sherman is set to depart for Mongolia later in the day. She also plans to visit China and Oman later. 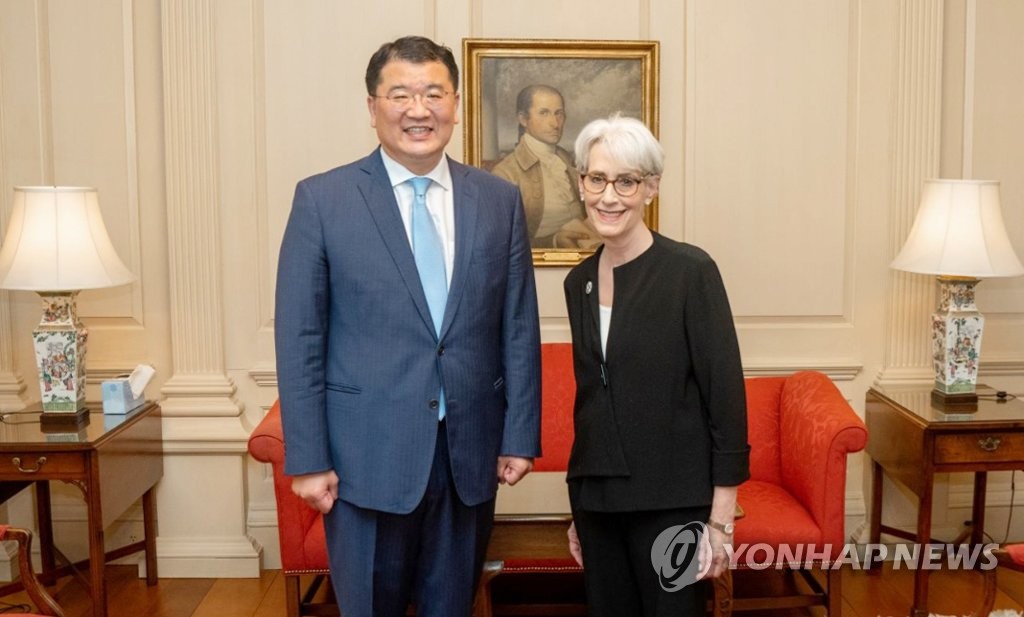