SEOUL, July 23 (Yonhap) -- South Korea will extend the toughest virus restrictions in the greater Seoul area for another two weeks amid no signs of a letup in the fourth wave of new COVID-19 outbreaks, health authorities said Friday.

Seoul, the surrounding Gyeonggi Province and the western port city of Incheon have been placed under Level 4, the highest in the four-tier virus curbs, since July 12, and the measures will be extended for another two weeks starting Monday until Aug. 8, according to the authorities.

Gatherings of more than two people will be banned after 6 p.m. Demonstrations will also be restricted, although the government will allow one-person protests. 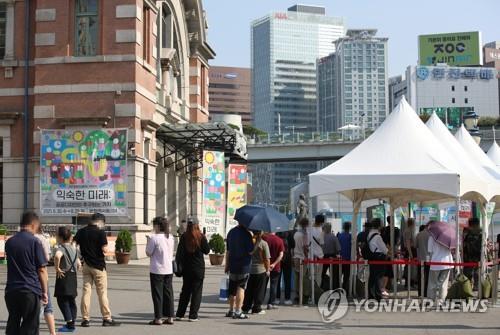 Meanwhile, weddings and funerals can have up to 49 guests starting next week, officials said. Previously, the events could only be joined by relatives,

Entertainment establishments, including nightclubs, will be ordered to shut down, while restaurants will only be allowed to have dine-in customers until 10 p.m.

Sports gatherings, which were previously excluded from private gatherings, will only allow four people until 6 p.m. and two after that.

Interior and Safety Minister Jeon Hae-cheol said the decision to extend the toughest curbs was made in light of the continued surge in new virus cases in the capital area, which accounts for nearly 70 percent of the total new cases.

"The daily average new COVID-19 cases came to 990 (this week), sharply up from 799 during the first week of July before the toughest virus curbs were implemented," Jeon said during a meeting of the Central Disaster and Safety Countermeasures Headquarters.

Meanwhile, new cases have also increased at a faster pace in non-capital areas, which accounted for 31 percent over the past week, due to people's activities under lower level distancing measures.

In response to a sharp hike in new cases in non-capital areas, the authorities tightened virus curbs to limit gatherings of more than four people across the nation, which went into effect Monday for two weeks.

South Korea has been battling a new wave of the pandemic. 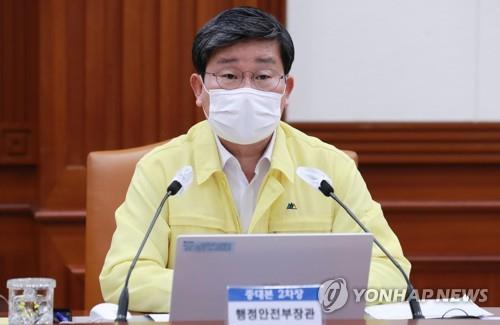