SEOUL, July 24 (Yonhap) -- The National Assembly on Saturday gave the nod to a 34.9 trillion-won (US$30.3 billion) extra budget bill aimed at propping up the economy battered by the COVID-19 pandemic.

The bill was passed at a plenary parliamentary meeting in a 208-17 vote, with 12 abstentions.

The second extra budget this year came as the country is in a semi-lockdown under the toughest Level 4 social distancing rules amid the worst, fourth wave of mass COVID-19 infections nationwide.

Soon after the parliamentary endorsement, the government approved plans for the allocation of the extra budget during an extraordinary Cabinet session presided over by Prime Minister Kim Boo-kyum.

"I call on relevant ministries to execute the budget, allocated to help those facing difficulties, as expeditiously as possible," Kim said, stressing their "sacrifices and pain are beyond description." 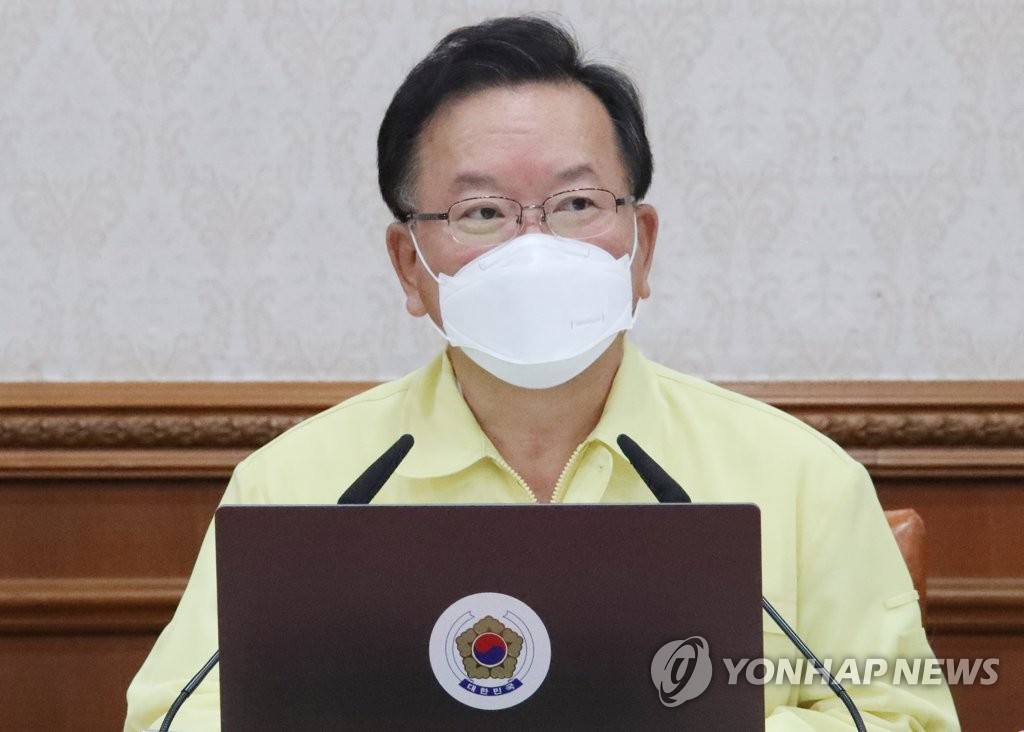 Through the supplementary budget, most of which will be financed by the country's excess tax revenue, the government will pump a total of about 38 trillion won into the economy to financially assist small merchants ravaged by antivirus business restrictions and dole out stimulus checks to citizens to buoy the economy.

Of the pandemic response package, more than 5 trillion won was earmarked as relief funds for small merchants, such as operators of restaurants, cafes or private gyms that have been ordered to close or limit their business due to social distancing requirements.

The package will also bankroll stimulus checks to individuals in the bottom 88 percent income bracket as well as a special cash-back reward program, aimed at boosting credit card spending. Every eligible individual will be entitled to 250,000 won of COVID-19 relief payment under the scheme.

The ruling Democratic Party (DP) had initially sought universal stimulus checks benefiting all citizens, but reached a compromise deal with the main opposition People Power Party (PPP) to exclude those in the top income brackets.

Including the two this year, the country has drawn up a total of six rounds of extra budget totaling more than 110 trillion won so far to tackle the economic fallout of the COVID-19 pandemic since the first local outbreak in late January 2020.

Ahead of the plenary meeting, the DP and the PPP also reached a reconciliatory deal to split up the chairmanships of the 18 parliamentary standing committees between them.

Under the deal reached between the floor leaders of the DP and the PPP, the rival parties will divide up the 18 chairman seats in a 11-7 ratio in proportion to their shares of the parliamentary seats for the first half of the current parliamentary term of four years.

The deal will bring seven parliamentary committee chairman posts, including the chairmanship at the special budget and accounts committee, back to the PPP.

In a bipartisan row, the DP, after winning big at the 2020 parliamentary elections, took all the 18 committee chairman seats and controlled them nearly for a year.

Under the new deal, the DP will hand over its control of the Legislation and Judiciary Committee, seen as the all-important final gate-keeping point for the legislature, to the PPP in the latter half of the four-year parliamentary term.

The parties plan to hold another plenary parliamentary meeting on Aug. 25 to elect the chairs for the seven parliamentary committee reserved for the PPP as well as a deputy parliamentary speaker from the main opposition party.