SEOUL, July 23 (Yonhap) -- China has approved a request from Pakistan to allow the entry of Pakistani rescue helicopters into Chinese territory to search for a South Korean mountaineer missing in the Himalayas, a foreign ministry official said Friday.

Seoul has asked Beijing and Islamabad to help with the search for Kim Hong-bin, a mountaineer who went missing Monday while on his way down from the summit of the 8,047-meter high Broad Peak, located in Pakistan's Karakoram Range.

Rescue authorities said they captured a signal from his satellite phone within Chinese territory Monday (local time). It was unknown whether Kim was near the satellite phone.

"The Pakistani government informed us today that the Chinese government approved the entry of the Pakistani rescue helicopters into its territory, and rescue work will start using the helicopters as soon as the weather permits," a ministry official said in a release.

The two rescue helicopters, belonging to the Pakistani Army, are on standby near Skardu, about 100 kilometers away from the base camp, according to the Seoul official.

The Chinese authorities have also set up a command center near the accident site to provide help with the rescue efforts, the official added.

Kim is known to have gotten lost 7,900 meters above sea level and sent a distress call at 9:58 a.m. Monday. Kim, also known for having lost his fingers to frostbite, broke the record of climbing all of the world's 14 highest peaks in the Himalayas as a person with a disability. 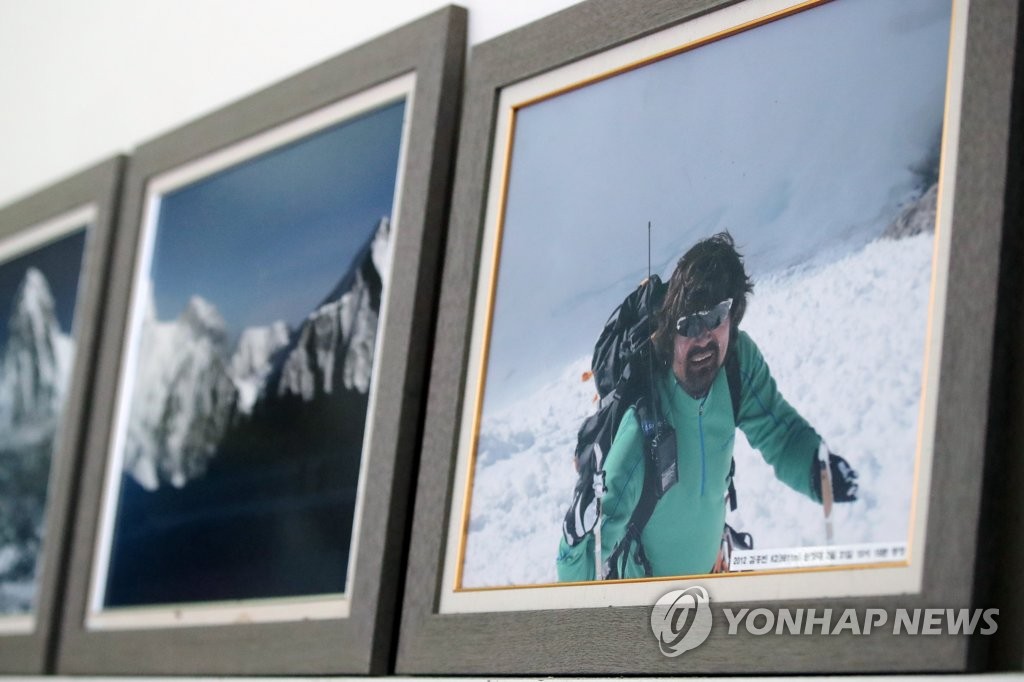