Minister of Culture, Sports and Tourism Hwang Hee, who arrived in Japan on Thursday to attend the Olympics opening ceremony the following day in his capacity as the representative of the South Korean government, visited a meal service center for South Korean athletes to give words of encouragement to nutritionists, chefs and other center staff. 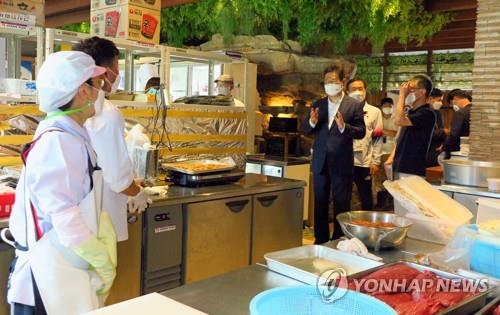 "The most important thing to worry about during this Olympics is COVID-19. It is feared that not only the athletes confirmed to be infected but also others who had close contact with those infected will be disadvantaged," the minister said.

He also voiced hope that South Korean athletes will take the lead in comforting and uniting all people at home who have long suffered from the coronavirus pandemic. 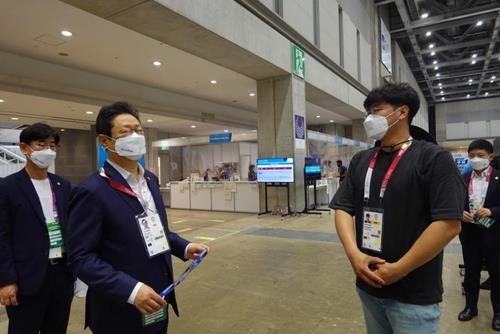