CHIBA, Japan, July 24 (Yonhap) -- South Korea was shut out of gold medals on the first day of taekwondo competition at the Tokyo Olympics on Saturday.

Jang Jun, world No. 1 and heavily favored to win gold in the men's 58kg, fell to Mohamed Khalil Jendoubi of Tunisia in the semifinals, by the score of 25-19 at Makuhari Messe Hall A in Chiba, just east of Tokyo. 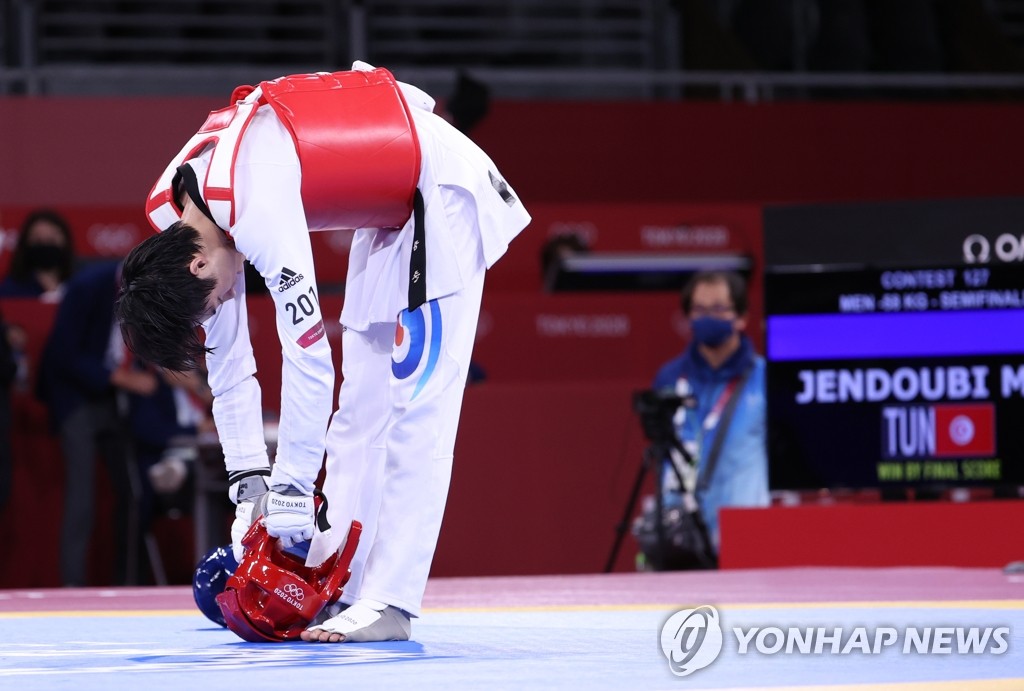 Jang's elimination came hours after Sim Jae-young lost to Miyu Yamada of Japan 16-7 in the quarterfinals of the women's 49kg division.

Jang will get a chance to salvage a bronze medal later Saturday.

South Korea has sent six practitioners to taekwondo at these Olympic Games, with hopes of claiming multiple gold medals. 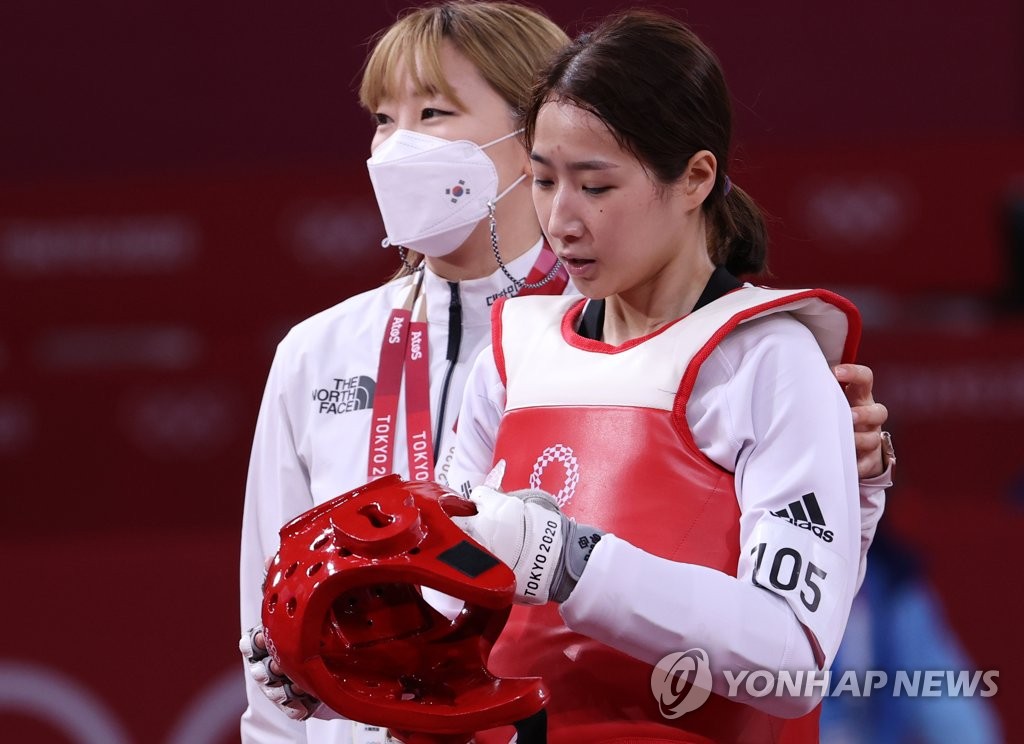 (Olympics) No gold for S. Korea on Day 1 of taekwondo

(Olympics) No gold for S. Korea on Day 1 of taekwondo