TOKYO, July 24 (Yonhap) -- South Korea claimed the very first Olympic gold medal in archery's mixed team event on Saturday in Tokyo, once again flexing its muscle in the sport it has dominated for decades.

The 17-year-old Kim Je-deok and his 20-year-old teammate An San beat Gabriela Schloesser and Steve Wijler of the Netherlands by the set score of 5-3 at Yumenoshima Park Archery Field in the Japanese capital.

This was also the first gold medal by South Korea at these Olympic Games. South Korea now has 24 archery gold medals in the Olympics, more than any other country. Kim and An are the youngest members of the South Korean men's and women's teams in Tokyo. They represented the country in the mixed event, being contested at an Olympics for the first time here, by virtue of winning Friday's ranking rounds, with An setting an Olympic record with 680 points.

Kim and An now have a chance to become the first archers to win three gold medals at a single Olympics. The women's and men's team and individual events are up next.

"It's an honor to be able to win the first gold medal for our country," An said. "I hope other athletes will be able to draw some positive energy from us and pick things up from here."

Kim, the fiery one who often screamed from the top of his lungs before shooting his arrows, said the key to success was his unwavering confidence.

"I kept telling An San that we should just stick to our own plans and shoot with confidence," Kim said. "I believed that even my misses would all be 9s."

The Kim-An tandem took down teams from Bangladesh, India and Mexico to set up the final date with the Dutch team.

In the mixed team event, each match will be contested over sets of four arrows, two per archer in each set. The team with the higher score in a set earns two points. If the two sides are tied in a set, they each get a point. 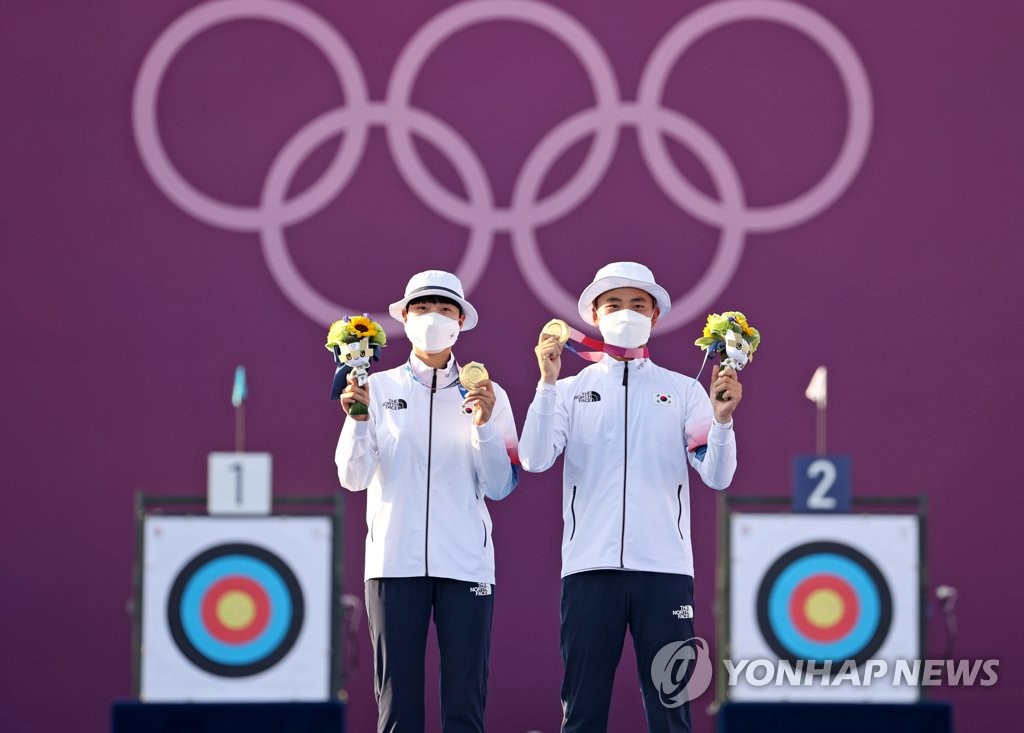 The first team to reach five points wins the match.

The South Koreans lost the first set 38-35, with An shooting an 8 with her first arrow.

But they grabbed the second set 37-36 to tie the score at 2-2, and An got her redemption with a perfect 10 with her second arrow.

South Korea went up 4-2 by taking the third set 36-33. An again shot an 8, but Wijler did South Korea a favor by hitting a 6 with his second arrow. The Dutch shot first to begin the fourth set. They went 9-10, and then Kim and An responded with consecutive 10s.

The Dutch archers both shot 10s to put some pressure on the South Koreans. Kim matched with a 10 of his own. An only needed to hit a 9 to secure the one final point for the gold medal, and delivered just that under pressure.

"I was just looking at the yellow in the center of the target," An said. "I wasn't paying attention to what the opponents were doing." 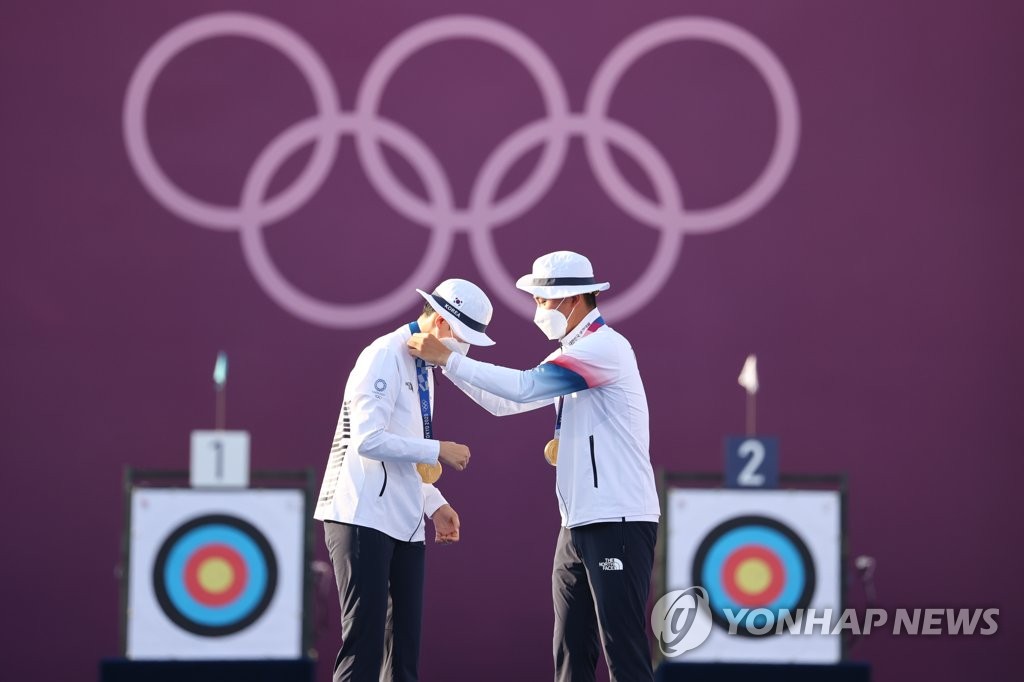