The daytime high in the nation's capital reached 36.5 C, so far the highest temperature this year, according to the Korea Meteorological Administration (KMA).

With heat warnings issued for most parts of the country, other regions also saw daytime highs hovering around 35 C, with Hongcheon, some 100 kilometers east of Seoul, recording 36.9 C.

The weather agency said scorching heat is likely to grip the country next week as well, with most regions' day time highs to be above 33 C. 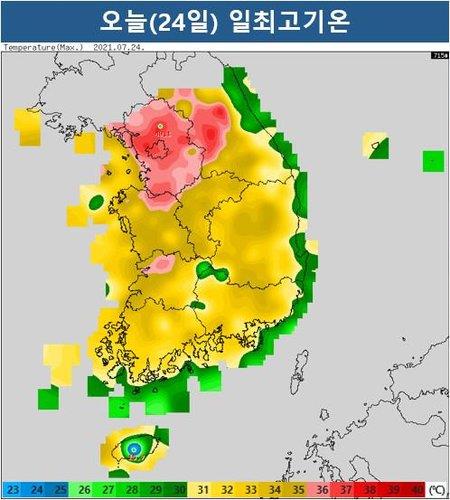