TOKYO, July 24 (Yonhap) -- What was built up as a potential golden day for South Korea at the Tokyo Olympics mostly fizzled on Saturday, save for a spunky performance by a young archery team in an inaugural event. 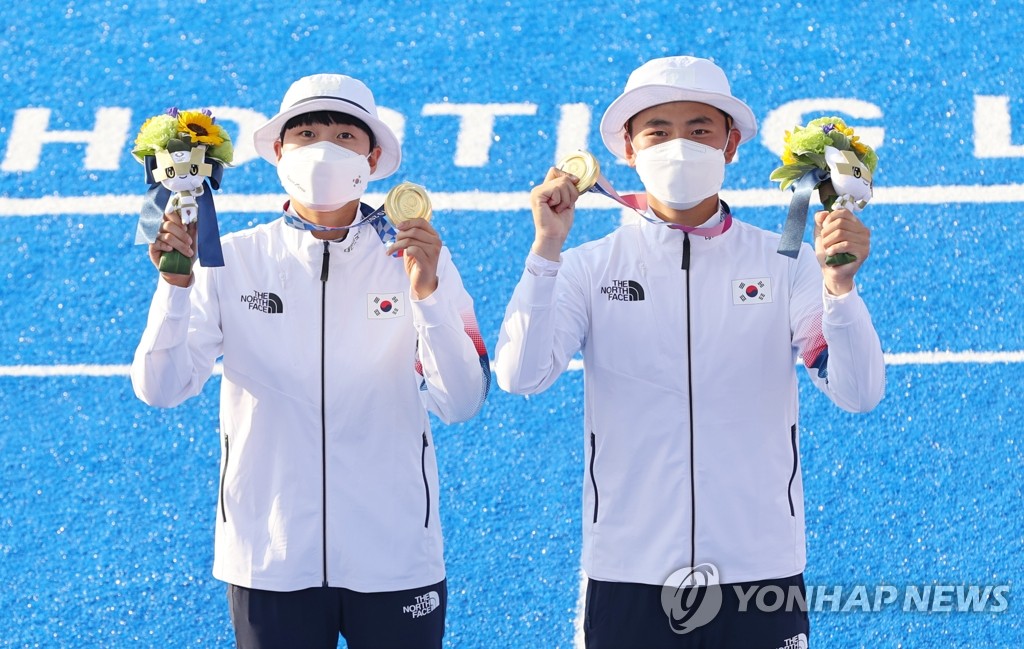 South Korea's first gold medal in Tokyo -- and its first medal of any color -- came from archery's brand new mixed team event. Kim Je-deok, all of 17, and An San, only 20 herself, combined for the mixed team gold medal over Gabriela Schloesser and Steve Wijler of the Netherlands, beating them by the set score of 5-3 at Yumenoshima Park Archery Field in the Japanese capital.

The mixed team event was making its Olympic debut, and Kim and An are the inaugural champions. They also have a shot at becoming the first archers to win three gold medals at a single Olympics, with the men's and women's individual and team competitions remaining. 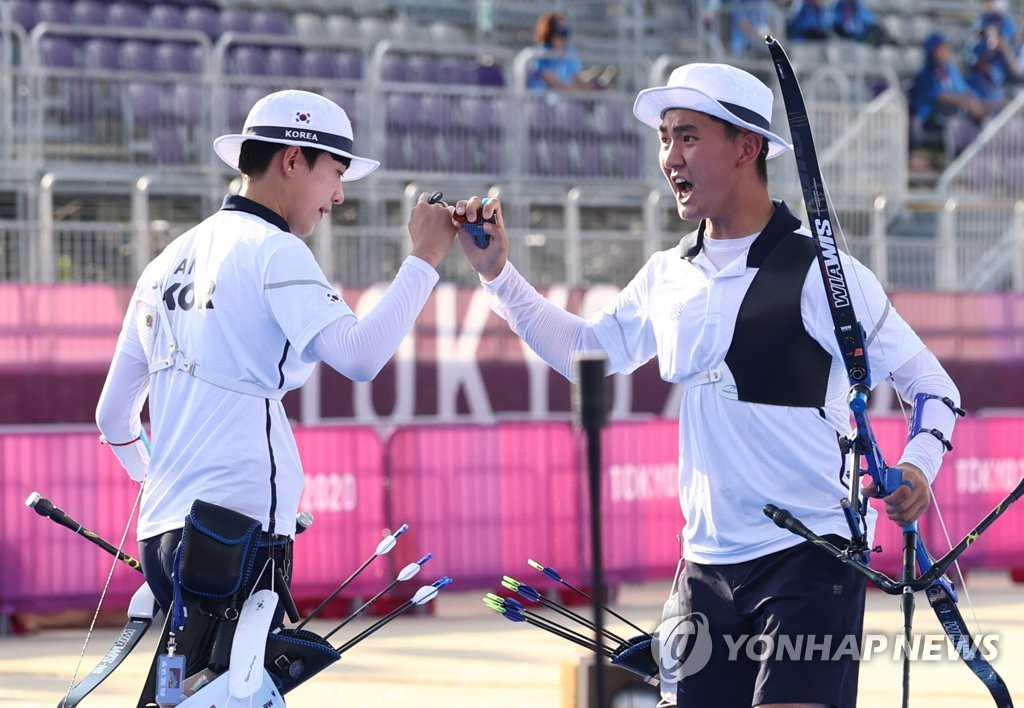 But that ended up being the only gold medal for South Korea, which had set its sights on winning as many as five gold medals.

South Korea did claim two bronze medals, one each from fencing and taekwondo.

The fencing bronze came from an unexpected source.

Kim Jung-hwan beat Sandro Bazadze of Georgia 15-11 for his second straight bronze medal in the men's individual sabre event, and his third Olympic medal overall. Kim, who won the team gold in 2012, is the first South Korean fencer to win a medal at three consecutive Olympics. 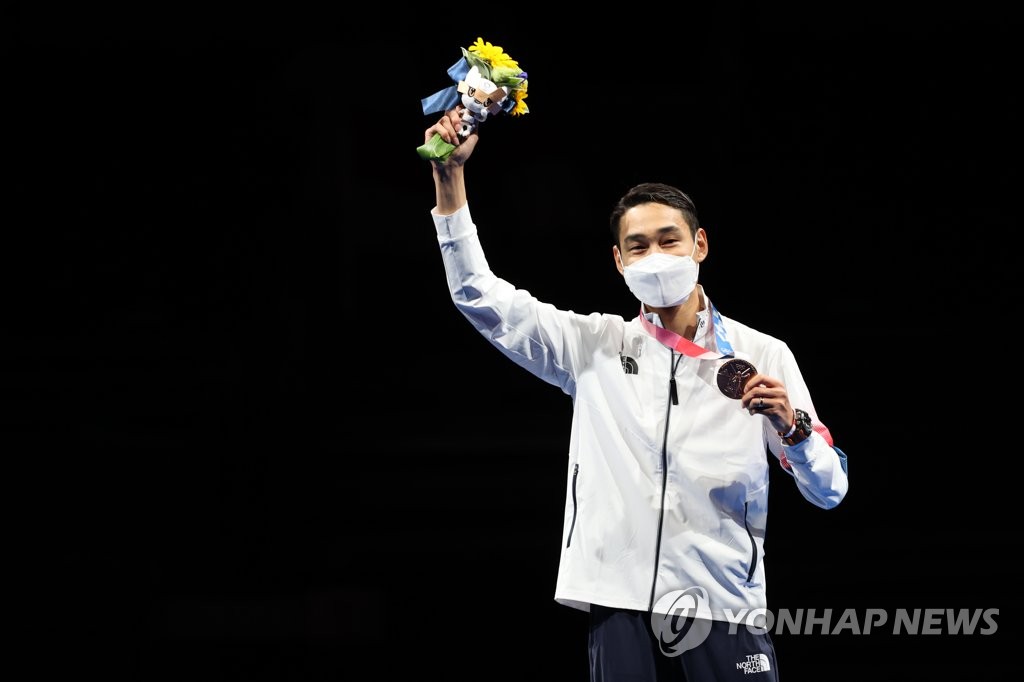 His No. 1-ranked teammate, Oh Sang-uk, lost to Bazadze in the quarterfinals, and failed to even secure a chance to win a medal in his first Olympics. Gu Bon-gil, the 2012 Olympic team gold medalist, was gone after the round of 32 loss to Matyas Szabo of Germany.

In taekwondo, Jang Jun picked up the bronze in his Olympic debut in the men's 58kg event. He beat Omar Salim of Hungary 46-16, a dominant performance that would have served Jang well earlier in the day. The world No. 1 was upset by Mohamed Khalil Jendoubi of Tunisia 25-19 in the semifinals. Jang had been the country's only hope for gold in taekwondo on Saturday, after Sim Jae-young was eliminated in the quarterfinals in the women's 49kg. 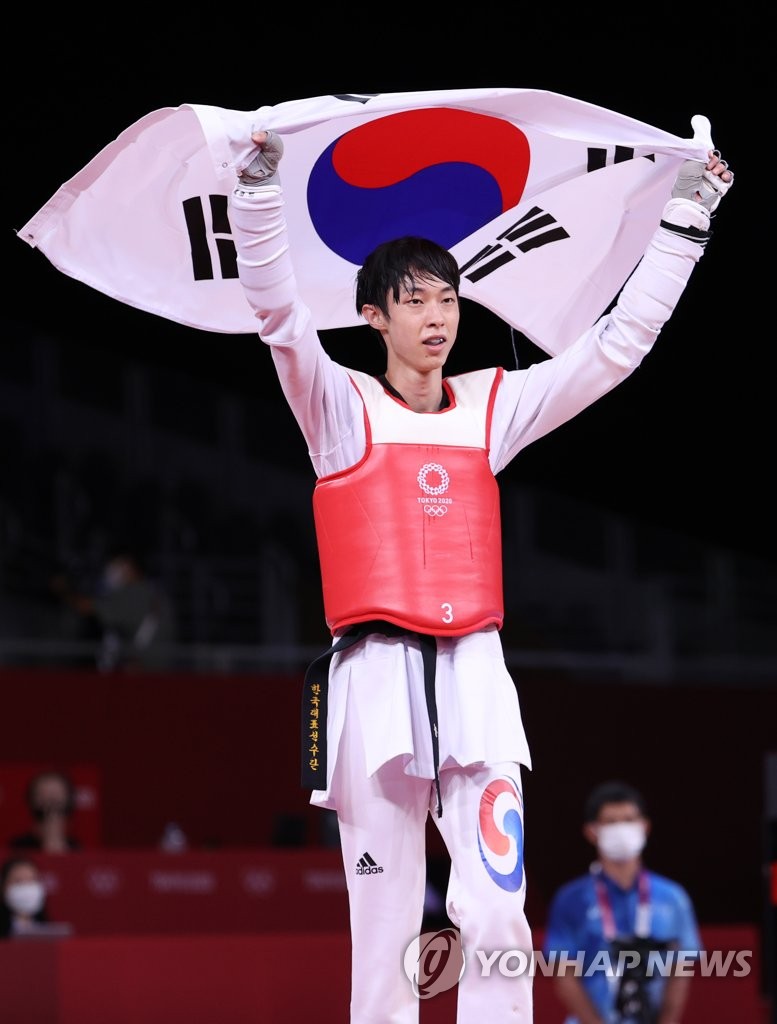 Elsewhere on Saturday, one of the medal hopes, pistol shooter Jin Jong-oh, didn't even get past the qualification round in the men's 10m air pistol event. His roommate Kim Mose reached the final but finished in eighth place.

The South Korean judokas came to Tokyo trying to steal a gold or two from the host country. The first day of competition yielded no medal, though. Kim Won-jin came the closest in the men's 60kg event, where he fell to Luka Mkheidze of France in the bronze medal match at Nippon Budokan.