SEOUL, July 25 (Yonhap) -- South Korea is planning to float up to US$1.5 billion worth of overseas bonds during the second half of the year to capitalize on favorable funding conditions, financial sources said Sunday.

According to the sources, the finance ministry has recently completed the process to pick a lead manager for the planned debt sale.

The ministry's move came as ratings on Asia's fourth-largest economy remain high in the face of the pandemic.

Last year, major global rating agencies, such as Fitch, did not lower their ratings on South Korea, and this year, they have maintained the ratings as well.

The debt offering may be in September, with the size to be determined depending on market conditions. 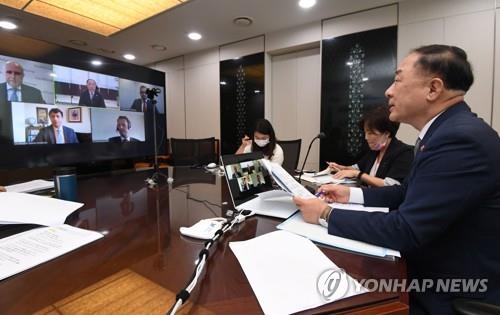 S. Korea to raise up to US$1.5 bin via overseas debt sale

S. Korea to raise up to US$1.5 bin via overseas debt sale