(ATTN: UPDATES with drinking ban, other details in paras 8-11)

The announcement was made during a government response meeting, presided over by President Moon Jae-in, the Central Disaster and Safety Countermeasure Headquarters (CDSCH) said.

The CDSCH said 81 cities and counties with fewer than 100,000 people can decide independently whether to raise their restrictions to Level 3 due to the relatively low risk they pose to virus transmission by travel.

The eastern coastal city of Gangneung, which preemptively raised its restrictions to Level 4, said it will take them down a notch to Level 3 on Tuesday.

The central city of Daejeon said it will adopt Level 4 from Tuesday until Aug. 8.

The CDSCH said parks, beaches and vacation spots in the non-capital area will prohibit drinking at night, with the exact hours to be decided at a later date.

Sunday's announcement reinforces the curbs by putting a blanket ban on gatherings of more than four people in most of the non-capital areas. 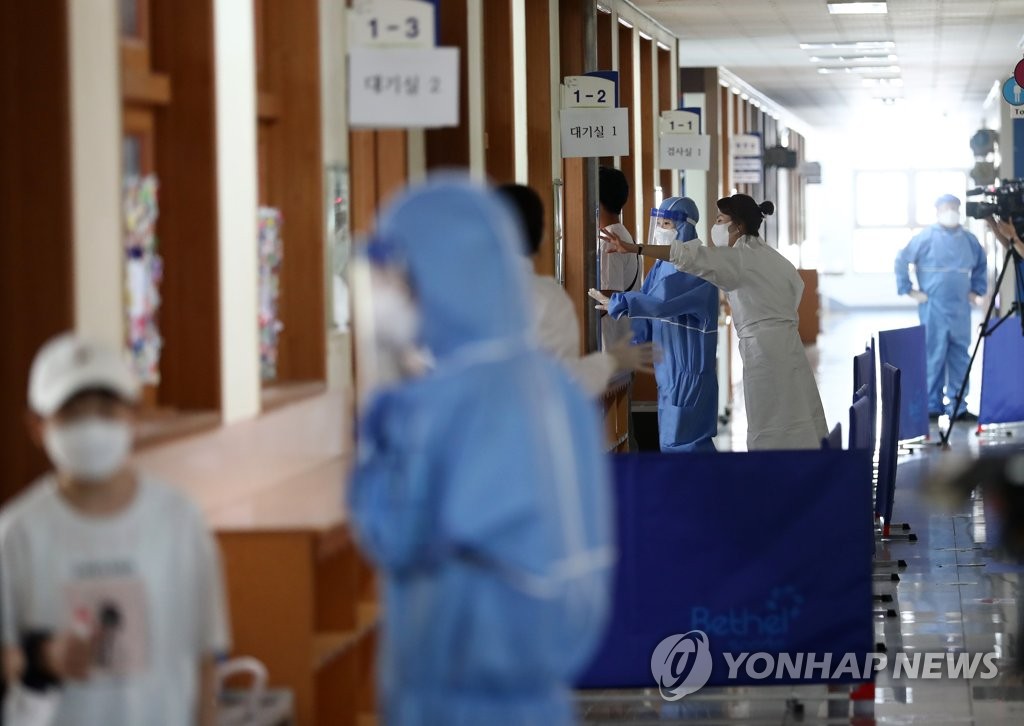