TOKYO, July 25 (Yonhap) -- South Korean teen swimmer Hwang Sun-woo broke an 11-year-old national record in the men's 200m freestyle on Sunday at the Tokyo Olympics, while winning the heats to reach the semifinals.

Hwang finished first in Heat 3 with the time of 1:44.62 at Tokyo Aquatics Centre. 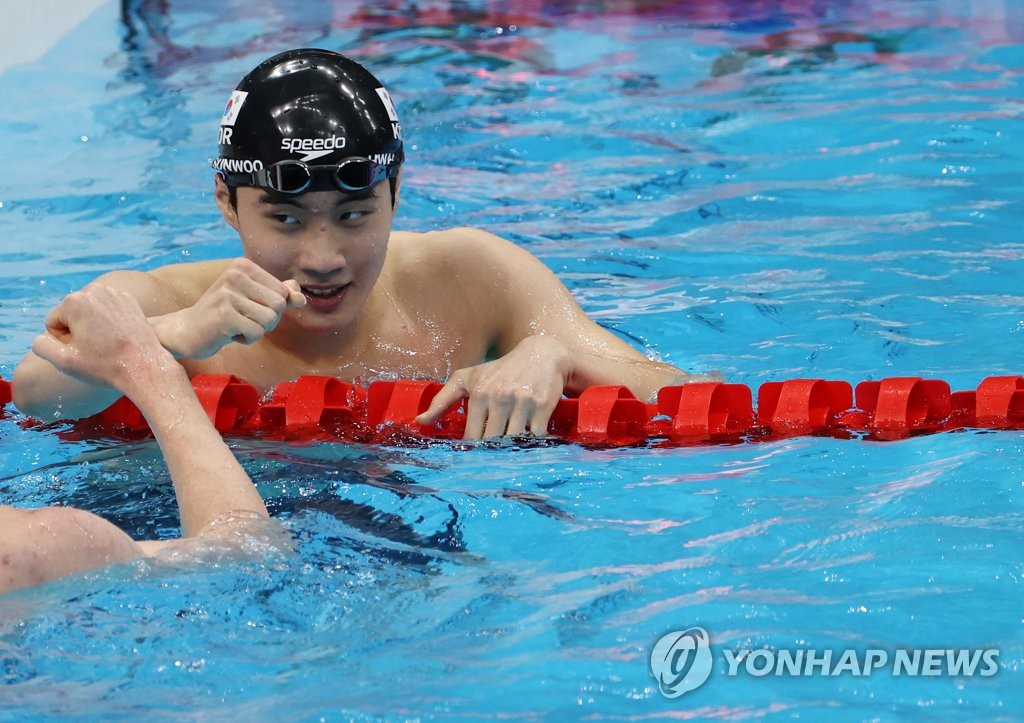 Park Tae-hwan had the previous mark of 1:44.80, set while winning the 2010 Guangzhou Asian Games gold medal.

This was also Hwang's new personal best, topping his world junior record of 1:44.96 set in May.

Hwang finished first overall in the heats to qualify for Monday's semifinals, open to the top 16.

From there, the best eight will reach Tuesday's final.

Park remains the only South Korean swimmer to have won an Olympic medal. He won gold in the 400m free and silver in 200m free in 2008, and then grabbed silver medals in both events in 2012. 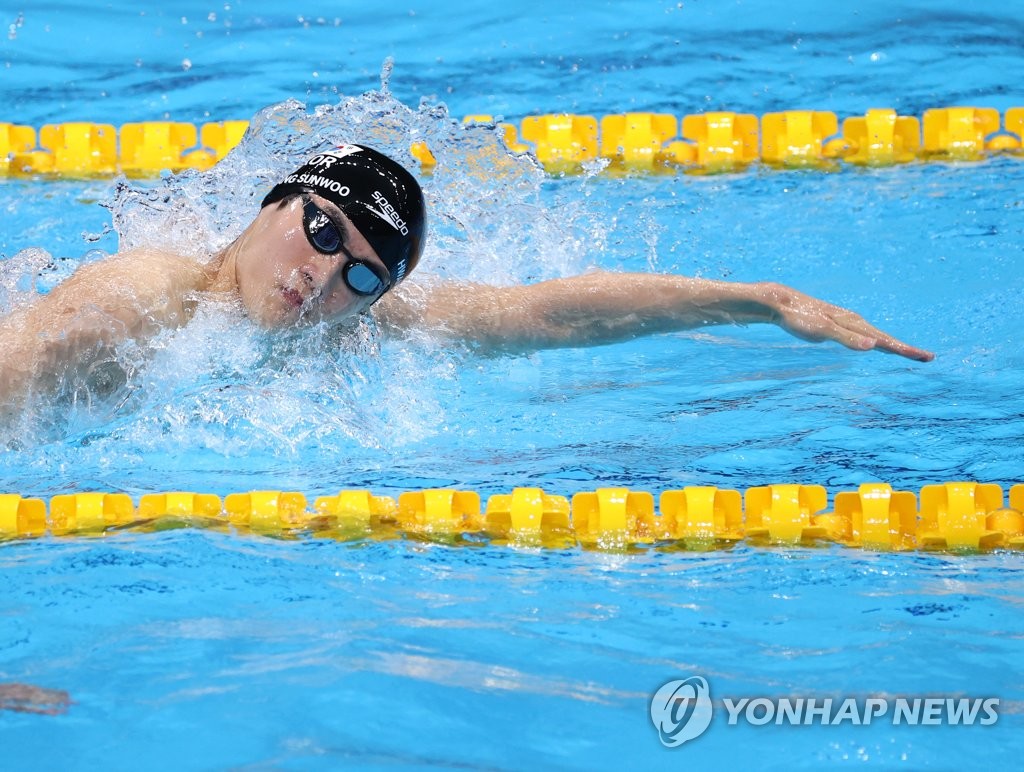