TOKYO, July 25 (Yonhap) -- Thanks to a resounding 4-0 victory over Romania in the Tokyo Olympic men's football competition on Sunday, South Korea moved closer to a knockout spot. All they need is a draw against Honduras in the final Group B match on Wednesday, and they'll be in the quarterfinals.

But South Korea coach Kim Hak-bum isn't about to take any back door into the tournament phase.

"We've finished analyzing Honduras, and if we study more data, we'll be that much more prepared," Kim said in his postmatch press conference Sunday at Ibaraki Kashima Stadium in Kashima, northeast of Tokyo. "We'll try to win our last group match." 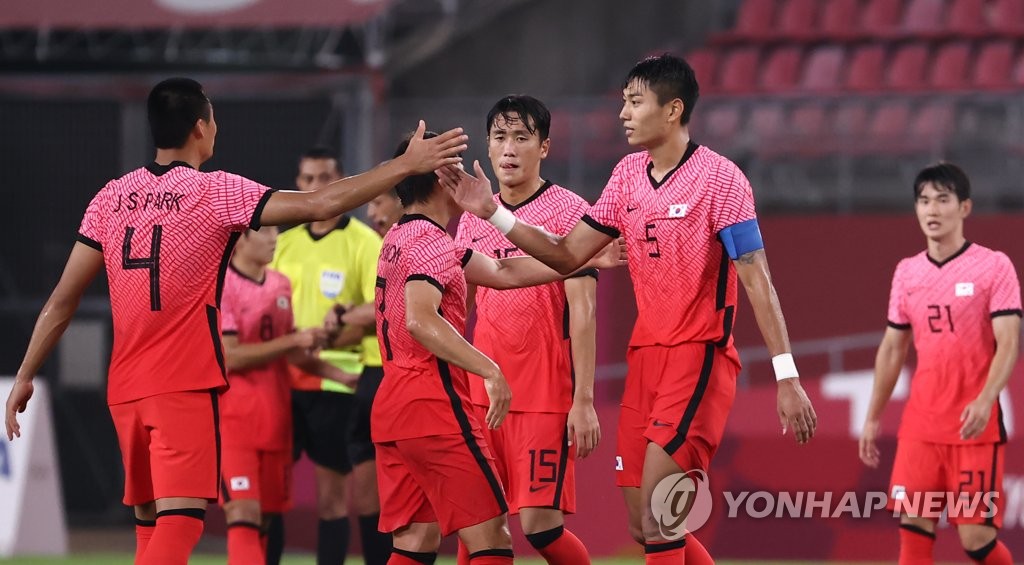 The win, powered by two goals from Lee Kang-in, lifted South Korea to the top of Group B. All four teams, South Korea, Honduras, New Zealand and Romania, have three points apiece, but South Korea lead the way in goal difference with plus-3.

"As long as our players perform to the best of their abilities, I think we can compete against any team," Kim said. "The guys knew the importance of this match, and they had that extra bounce in their steps."

"I know our fans must have been disappointed with our first match, but these guys are trying their best here," Kim said of his players. "I can promise you we'll continue to work hard. Whether they start or come in off the bench, all the players are ready to contribute and play their parts."

South Korea piled on two late goals for the convincing win. Kim said he didn't want his players to take the foot off the gas at any point.

"Ultimately, we want to keep playing aggressive and dynamic football," he said. "I think our players got their confidence back with these goals today." 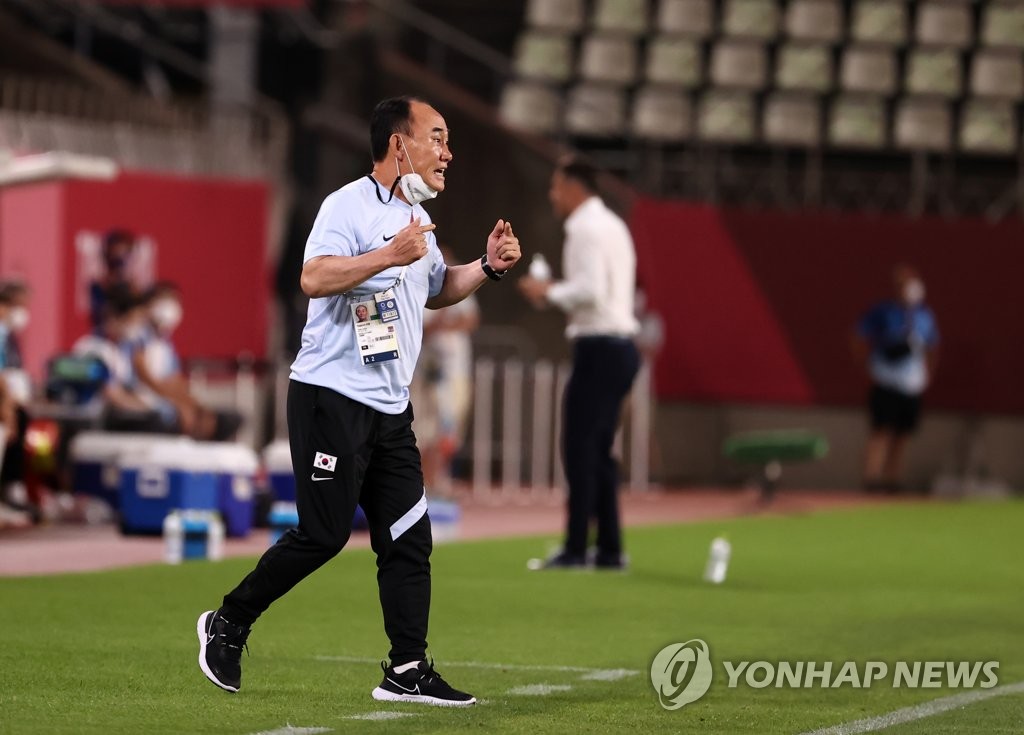 (Olympics) On verge of football knockouts, S. Korea not about to settle for draw

(Olympics) On verge of football knockouts, S. Korea not about to settle for draw