SEOUL, July 26 (Yonhap) -- South Korea's daily new coronavirus cases fell below 1,400 Monday due to fewer tests over the weekend, but more cases continued to pop up outside the greater Seoul area amid the summer vacation season.

The country added 1,318 COVID-19 cases, including 1,264 local infections, raising the total caseload to 190,166, according to the Korea Disease Control and Prevention Agency (KDCA).

The daily caseload was down 169 from the previous day.

Later in the day, health authorities and local governments said 1,056 new cases were confirmed from 12 a.m. to 6 p.m. Monday, 26 fewer than at the same time the previous day. 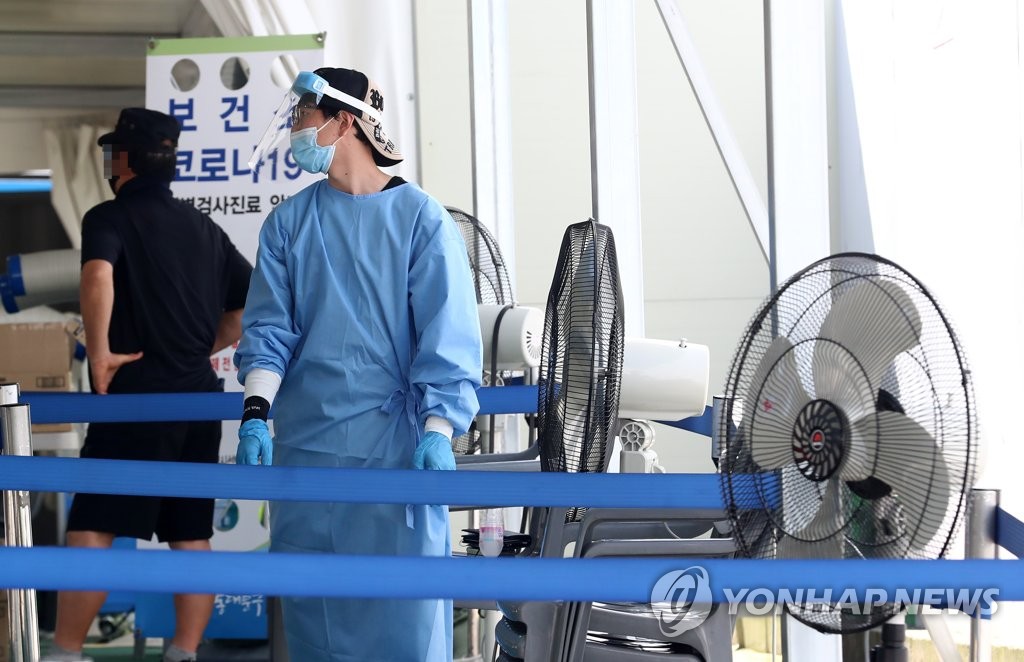 Health authorities are keeping their guard up, as the country's daily cases usually go up in the middle of the week as more people get tested.

The daily caseload has remained above 1,000 since July 7, reaching as high as 1,842, due to the resurgence in the greater Seoul area with the highly transmissible delta variant.

The spread of the virus in non-Seoul regions has recently been a problem, as vacationers travel to tourist spots across the country in the summer season, with some 40 percent of newly reported cases coming from non-capital regions.

The country also decided to enforce Level 3 distancing restrictions in the non-capital areas from Tuesday until Aug. 8 to better contain the virus during the summer holiday season.

Under Level 3, cafes and restaurants can accept customers until 10 p.m. and only takeout and delivery services are available after that time. Private gatherings of more than five people are banned, while mass-gathering events can accommodate less than 50 people. 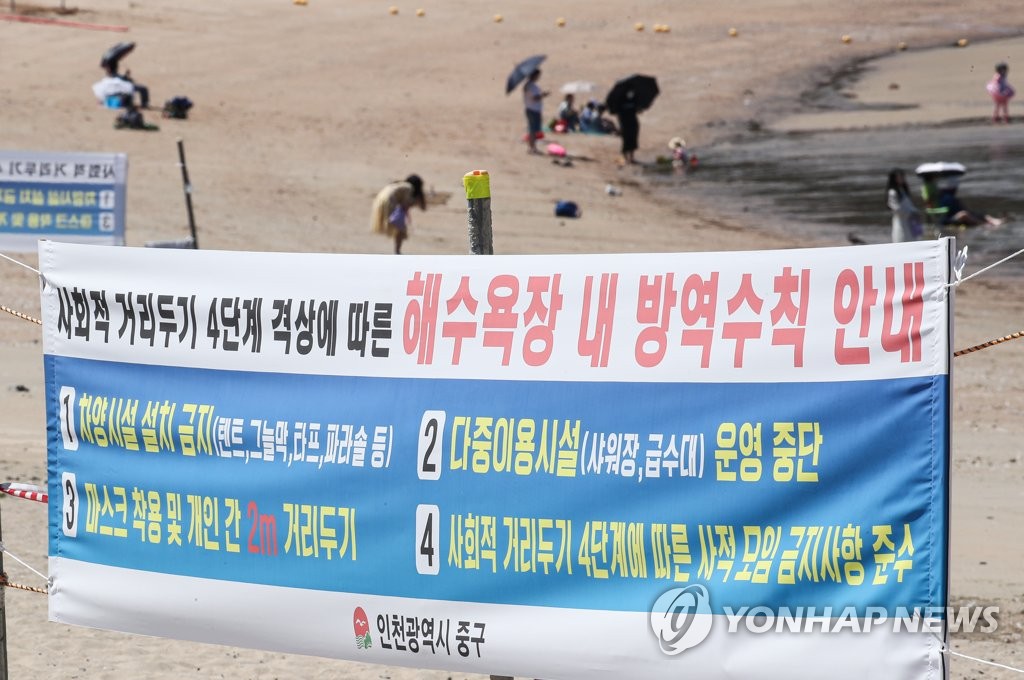 South Korea is also trying to curb rising infections particularly among those in their 20s to 40s. Transmission routes involving the age groups are unknown in many cases, as the vaccination campaign has focused largely on the elderly population and medical and social service workers.

A total of 16.89 million people, or 32.9 percent of the country's population, have received their first shots of COVID-19 vaccines, and 6.85 million people have been fully vaccinated, the KDCA said.

The country began vaccinating 3.04 million people aged 55-59 on Monday to step up its inoculation drive. It will also expand the vaccination program for military recruits and new soldiers .

Health authorities said they are considering giving booster shots to people after October or November. 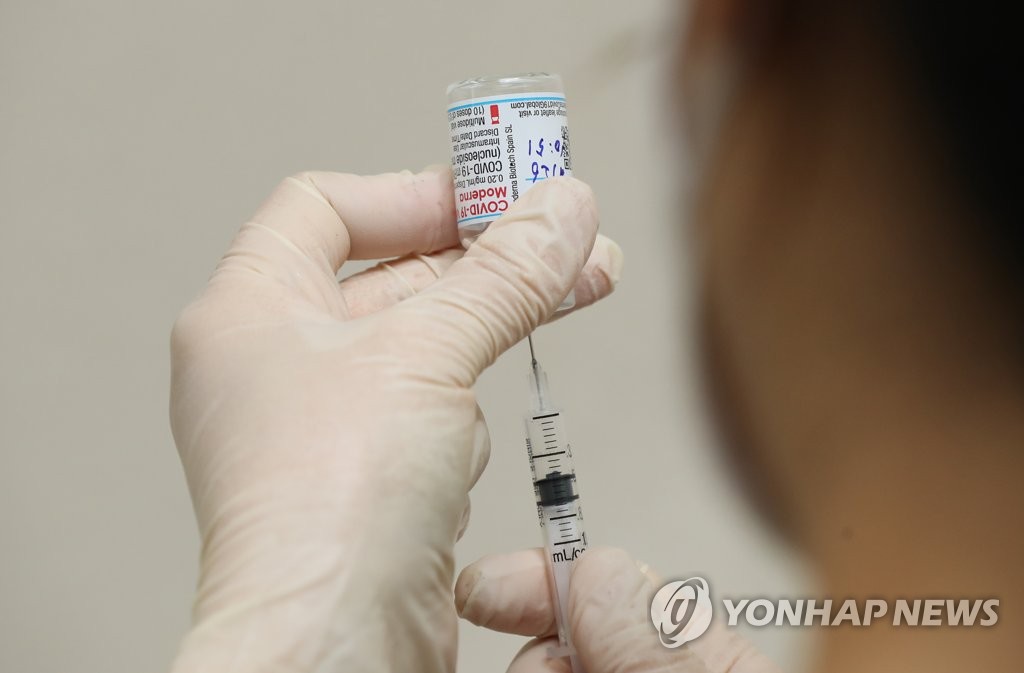 Infections from non-capital areas accounted for 40.7 percent of the newly confirmed domestic cases, the highest portion amid the fourth wave of the pandemic. The southeastern port city of Busan and the surrounding South Gyeongsang Province reported 83 and 75 cases, respectively.

In the capital area, Seoul reported 339, while the surrounding Gyeonggi Province added 343. The western port city of Incheon confirmed 67.

Health authorities said the delta variant of the novel coronavirus, which was first found in India is very likely to become the dominant COVID-19 variant strain in South Korea this week.

Of the newly identified imported cases, 15 were from Indonesia, followed by Russia with 10.

The total number of people released from quarantine after making full recoveries was 167,375, up 990 from a day earlier.

The number of patients in critical condition came to 244, down 13 from the previous day.