Shin Yu-bin, the youngest member of the South Korean women's table tennis team at 17, is a fan of the South Korean supergroup. Shin, who beat Luxembourg's Xia Lian Ni, a 58-year-old veteran athlete, at the Tokyo Olympics Women's Singles Round 2 on Sunday, has often mentioned how she is a huge fan of the septet. 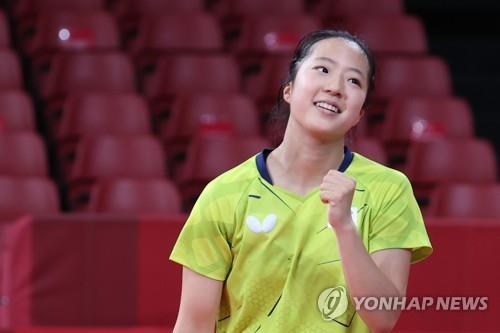 Previous interviews showed her carrying photos of BTS members in her backpack, and she has picked the BTS song "Dope," a single from the 2015 EP "The Most Beautiful Moment in Life, Pt. 1," as a track that gets her going when she feels down.

In June, the teenaged athlete also shared a photo of her holding an autographed album by BTS with the hashtags "BTS" and "Bangtansonyeondan."

"I'm a seongdeok," she wrote in Korean, referring to Korean slang that translates as a "successful fan." 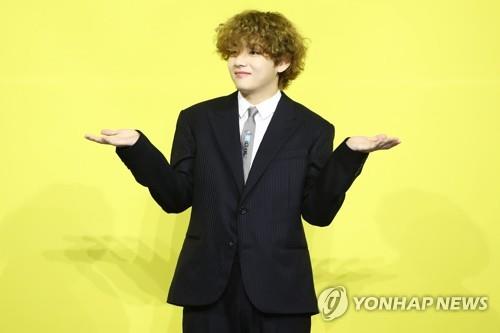 V, apparently Shin's favorite member of the seven-piece act, has returned the love by posting a message of support for the Olympic athlete.

In a screenshot posted on the fan community platform Weverse that shows Shin saying she often listens to BTS music, V left a comment saying "Fighting" in Korean with a thumbs-up emoji.

The interaction has gone viral, with BTS Army -- the group's international fan base -- sharing stories of how V himself is an avid table tennis player and how it is good to see the top stars in different fields supporting each other. 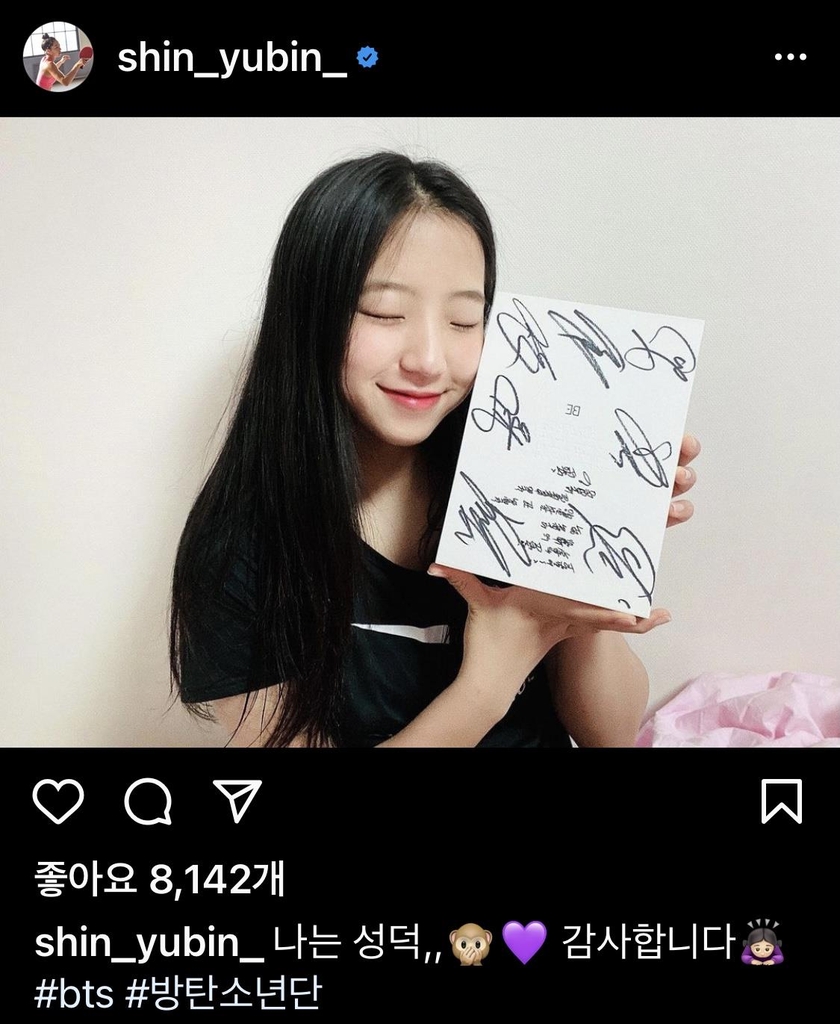