SEOUL, July 26 (Yonhap) -- South Korean broadcaster MBC has been under fire for using some "inappropriate" images and comments to depict several countries during the opening ceremony of the Tokyo Olympics.

As the parade of nations is one of the highlights of the Olympics' opening fest, photographs and facts on each country and its athletes offered by TV stations let viewers learn more about Olympians that are less familiar.

However, MBC, a South Korean public broadcaster, went too far when presenting information considered by many as offensive and inappropriate for several countries during the opening ceremony coverage Friday. 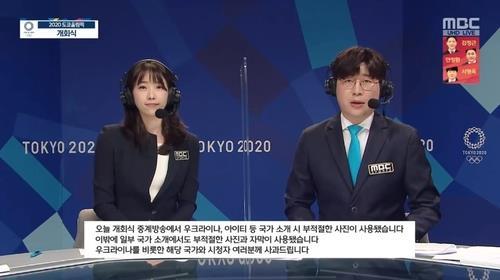 It showed an image of the 1986 Chernobyl disaster, which is considered the worst nuclear accident in history, when Ukraine's athletes appeared on the screen.

When Haiti's players walked into the stadium, MBC posted photos with a caption that explains the country's political situation. The photos referred to the assassination of Haiti's President Jovenel Moise earlier this month.

For the Marshall Islands, MBC described the country as "once a nuclear test site for the United States."

Such offensive and stereotypical descriptions immediately drew backlash on social media, and even foreign media outlets, including The New York Times and CNN, reported on MBC's inappropriate choice of images and explanations.

MBC apologized for its misconduct after the opening ceremony Friday and issued a formal apology the next day.

"MBC used inappropriate images and captions to introduce some countries during the Tokyo Olympics opening ceremony on July 23," MBC said in a statement in English through Twitter. "We sincerely apologize to the countries concerned and our viewers."

It said it had no intention to offend people around the world and promised not to repeat such "inexcusable mistakes." 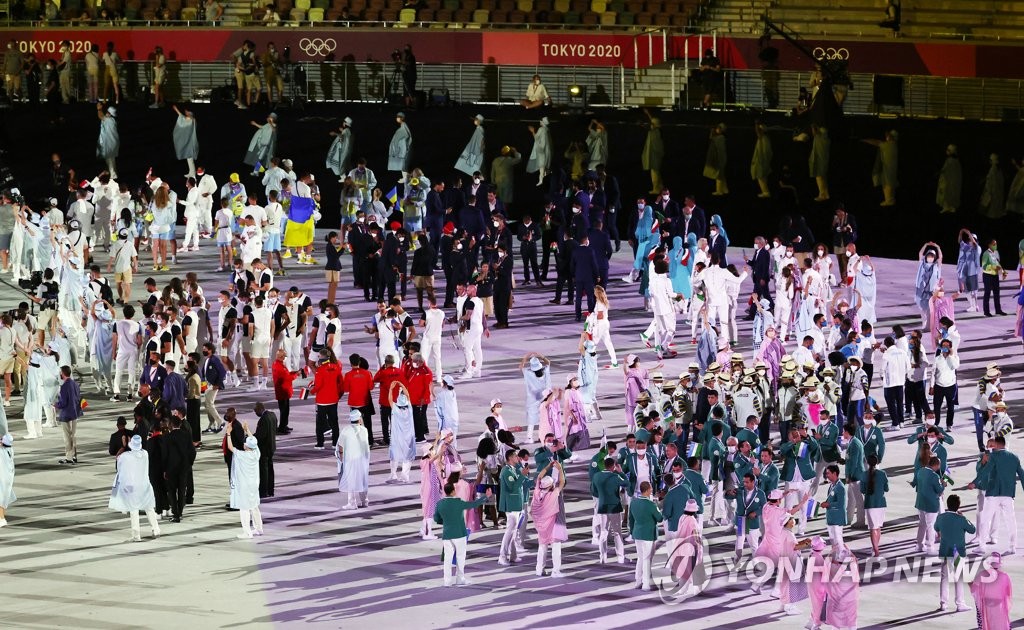 But the broadcaster made another blunder while covering a football match between South Korea and Romania on Sunday.

During the half-time commercial break, MBC made the caption, "Thank you, Marin!" referring to the Romanian defender who scored an own goal in the 27th minute and gave South Korea a 1-0 lead.

Some Romanians have expressed displeasure about MBC's comment on social media. 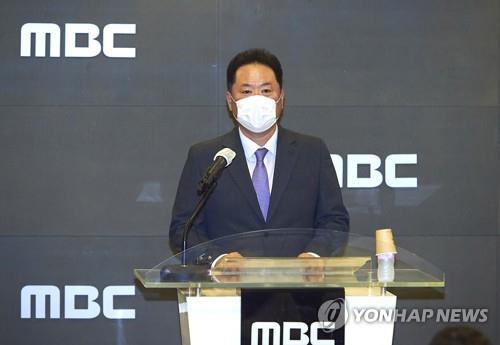 On Monday, as the controversy kept heating up, MBC President Park Sung-jae apologized for undermining the "Olympic spirit" in the midst of the COVID-19 pandemic.

"As the chief executive of MBC's content, I offer my deepest apologies with my head bowed down to the people who had to go through pain due to our reckless and careless broadcast and to viewers who were disappointed with us," he said in a press conference in Seoul.

He said he has sent letters of apology to the embassies of Ukraine and Romania but could not send one to Haiti, which has withdrawn its Seoul mission.

The MBC chief said he will revamp the company's program production procedure and promised to make sure its content creators respect universal values and cultural diversity in the future.