While he's at it, the 18-year-old wants to set another record.

Hwang qualified for the final by finishing sixth overall in Monday's semifinals with the time of 1:45.53 at Tokyo Aquatics Centre. 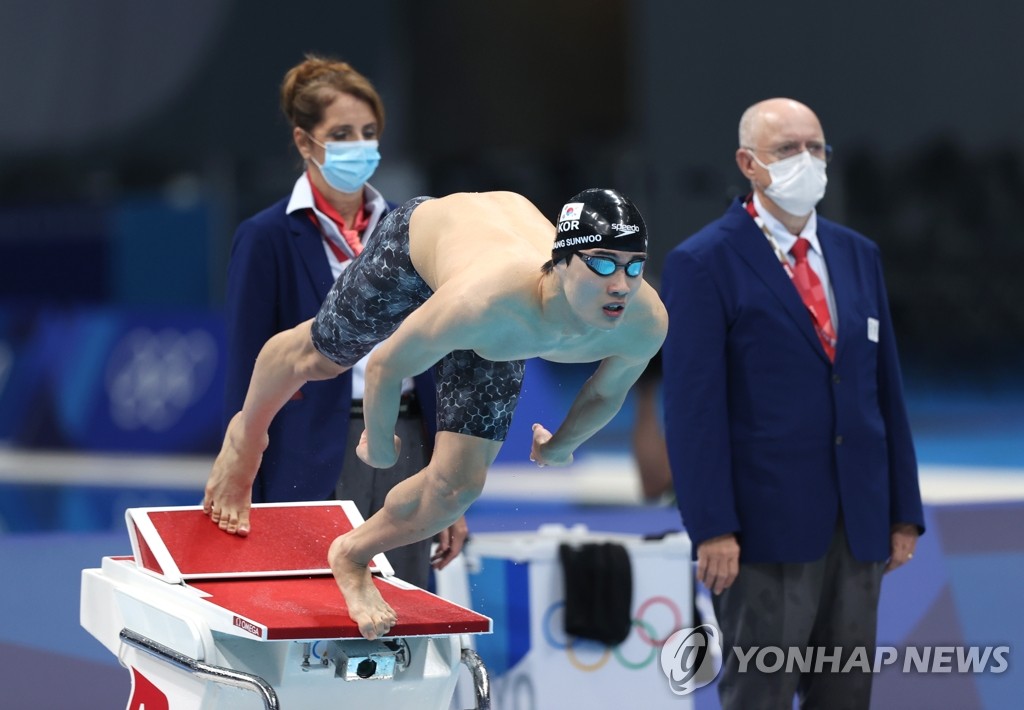 He'd made it to the semifinals by winning the heats Sunday, with a new South Korean record time of 1:44.62.

Hwang is the first South Korean swimmer since Park Tae-hwan in 2012 to reach an Olympic swimming final.

The teenager didn't discuss any specific goal for a medal -- he was 0.93 second behind the semifinals leader, Duncan Scott of Britain -- but said he wants to improve on his own national record.

"I didn't expect to set a Korean record (Sunday), and I was really happy with that time," Hwang said Monday. "I figured I'd post a good time because I felt good throughout the race. In the final, my goal is to break that record again." 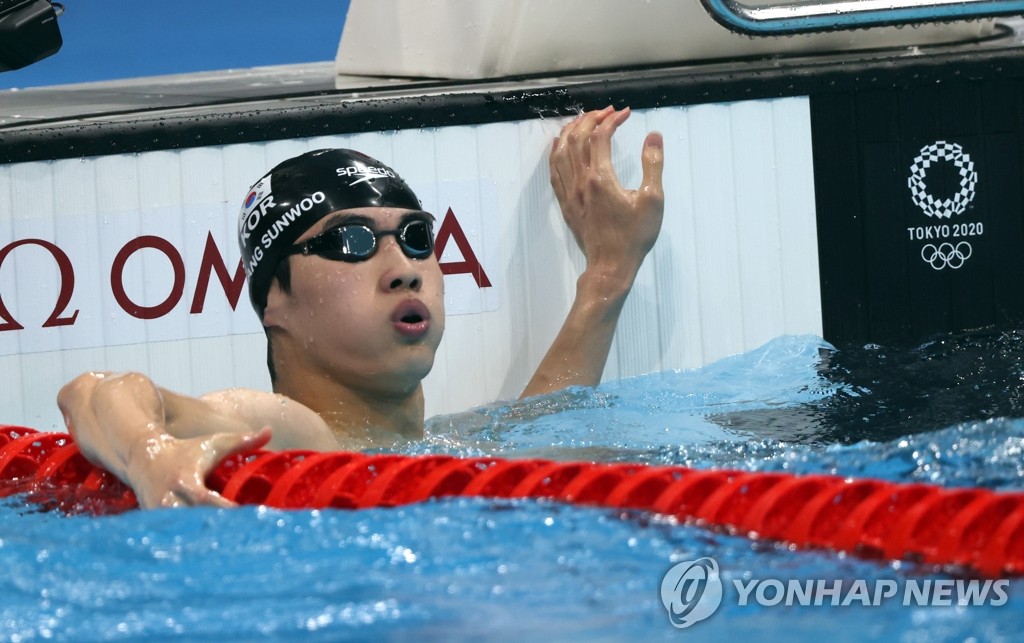 Asked if he'd exerted himself too much in the heats, Hwang said he got the sense from watching earlier races that qualifying for the semis would be difficult, and he would need his best time.

"I want to keep riding this momentum into the final," Hwang said. "I've worked hard on my starts since coming to Tokyo."

Hwang said his time on Monday was slower than the previous day because of a quick turnaround.

He will now have almost a full 24 hours until Tuesday's final.

"I just have to eat well and sleep well," Hwang said of the tight competition schedule. "It's part of the Olympics. I just have to take good care of myself." 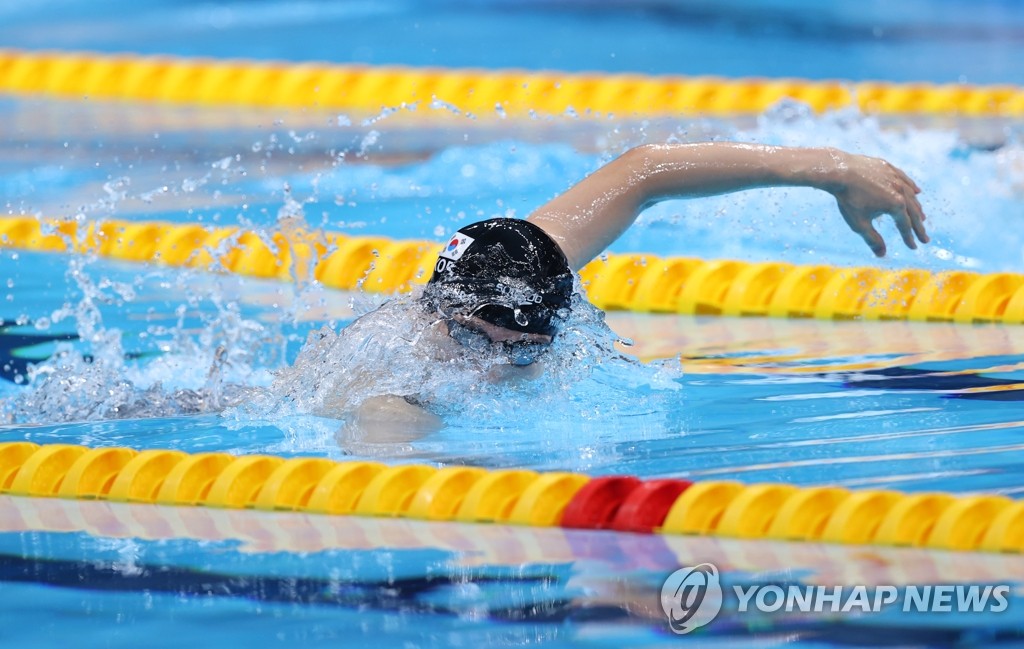