SEOUL, July 26 (Yonhap) -- During the first few days of the Tokyo Olympic Games, some talented young sports players have created a sensation for South Korean fans who love to see these teen prodigies' fearless challenges to compete at the world's biggest sports festival.

Archery phenom Kim Je-deok has been the talk of the town since he brought home the country's first gold medal Saturday.

Teaming up with An San, the 17-year old archer captured gold in the mixed team event, becoming the youngest gold medalist in the Korean squad for the Tokyo Olympics that kicked off Friday. He is also the youngest male Olympic gold medal winner in the country's archery history. 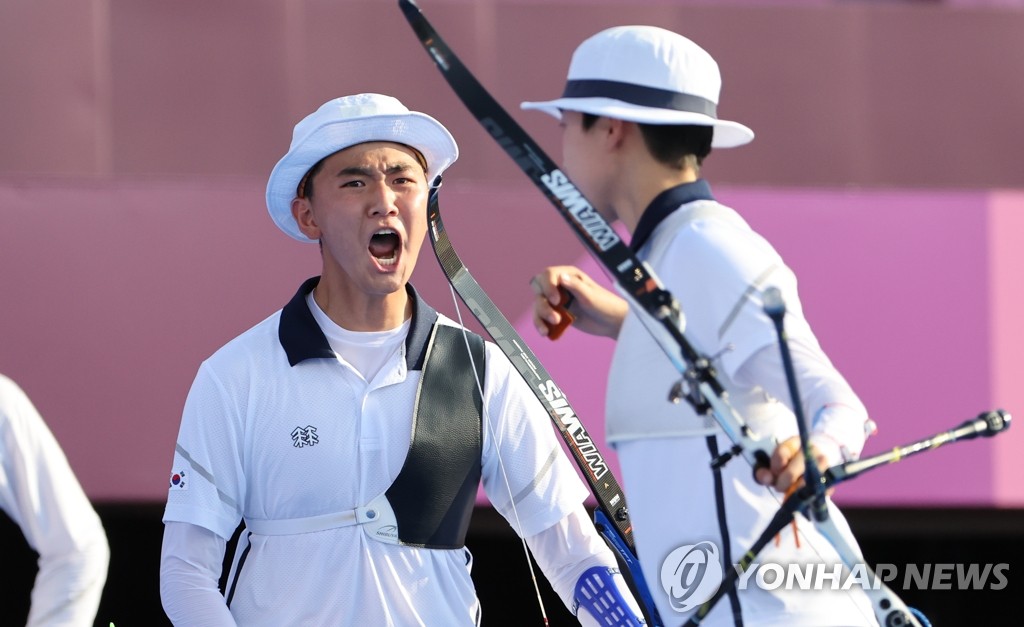 He has caught the eyes of Korean sports fans not only for the history-making performances at his Olympic debut but also his self-assuring cheering and encouragement throughout the tournament.

He kept shouting, yelling and talking to himself at all times, while his teammate An wore a poker face during and after the shooting.

At the gold medal match against the Dutch team, the teenage archer's ambitious spirit and unflinching guts did not diminish despite his team being down by one set.

Kim shot three 10s in the next three sets, never once hitting anything less than a 9, to grab the gold. 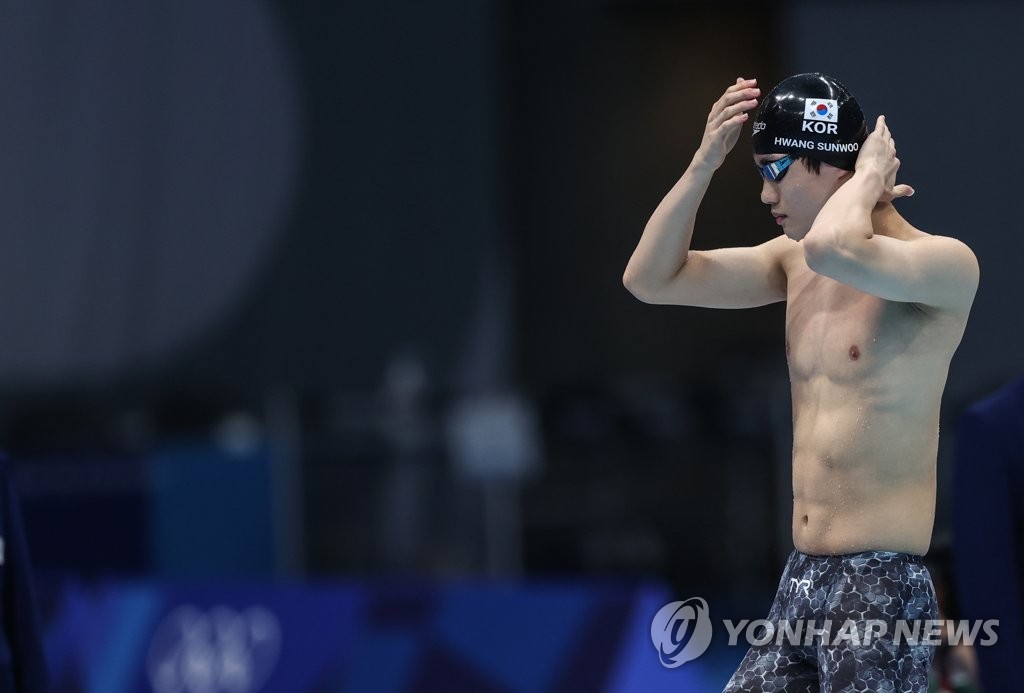 In swimming, regarded as one of the most infertile disciplines in South Korean sports, another teen sensation emerged.

Hwang Sun-woo is just 18 but competing at the sport's highest level with full-fledged swimmers like Duncan Scott of Britain, who has the world record of 1:44.47 for 2021 in the men's 200m freestyle.

But he did not feel small in the presence of such big-name stars and just concentrated on his plans to shorten his records.

In the heats Sunday, he set a new South Korean record time of 1:44.62 and cruised to the final by finishing sixth overall the next day.

He became the first South Korean swimmer since Park Tae-hwan in 2012 to reach an Olympic final. 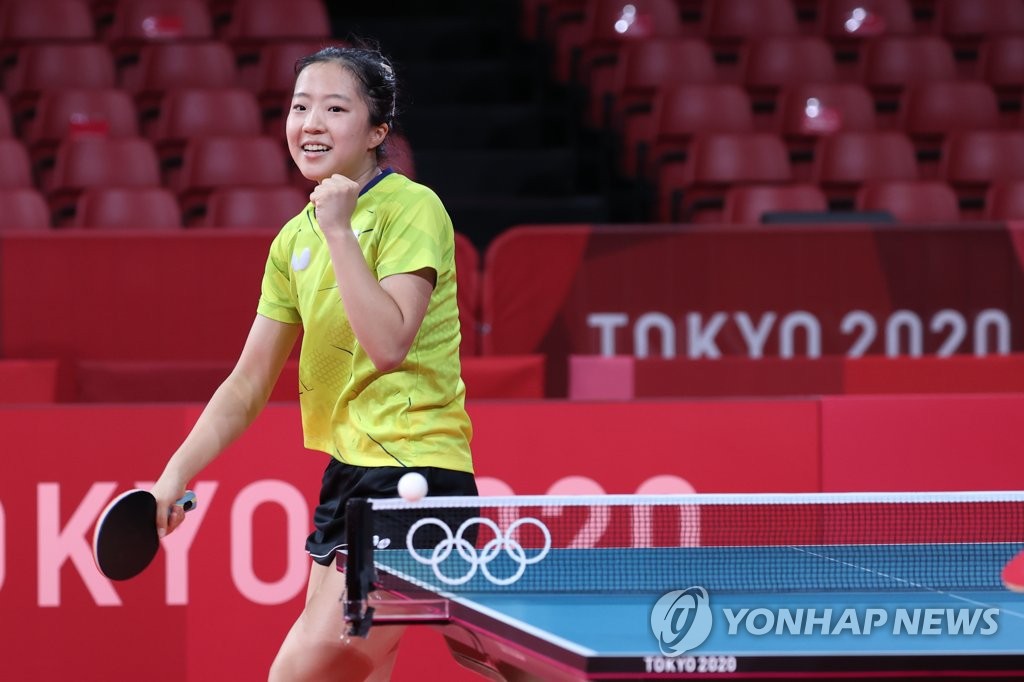 In the second round of women's singles Sunday, she faced Xia Lian Ni from Luxembourg, a 58-year-old veteran who has participated in the Olympics since the 2000 Sydney Games.

The numbers of Ni's age and Olympic career might have intimated the 17-year-old South Korean, but Shin was energetic and daring enough to pull off a 4-3 victory in the 66-minute seven-set match.