SEOUL, July 26 (Yonhap) -- Smartphone users will soon be able to shake their phones to detect registered sex offenders if they are wearing an electronic anklet and within a 20-meter radius, the Ministry of Justice said Monday.

The new service, which was developed in concert with the Gyeonggi provincial government, will launch Wednesday for a trial run in 15 cities and counties in the province surrounding Seoul, the ministry said.

The program has been designed so that anyone who installs the relevant app on their smartphone can find out if a sex offender is nearby by shaking their device three or more times. The sex offender has to be wearing an electronic anklet for the system to work. 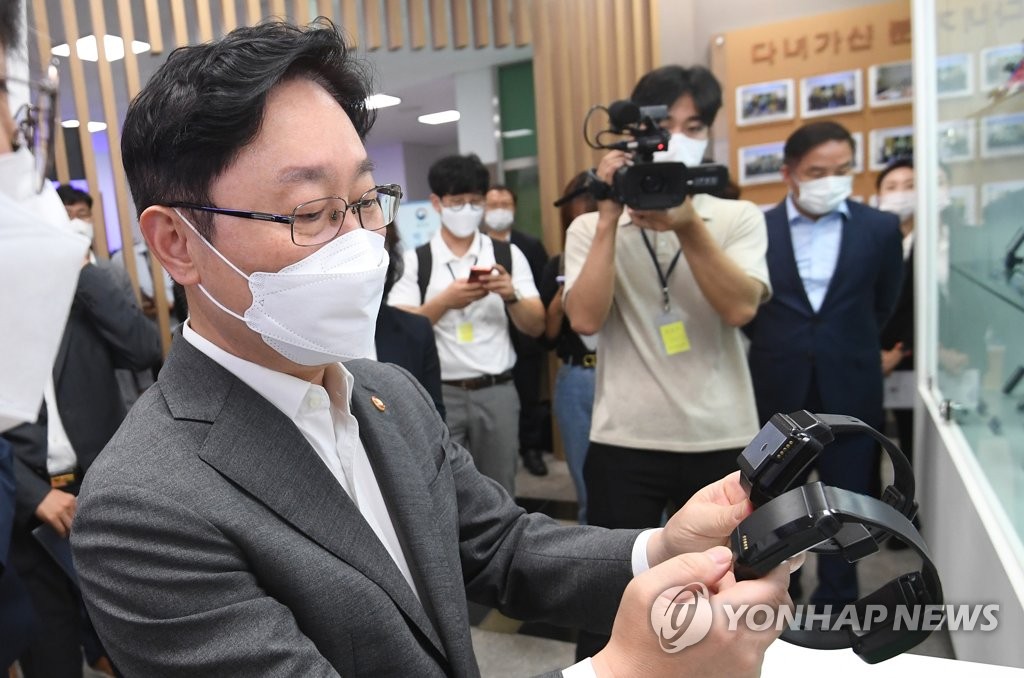 Shaking the phone will send the user's location to the justice ministry's electronic monitoring system. The ministry's location tracking control center will then check if a registered sex offender is within a 20-meter radius, and if confirmed, call the person to discourage any bad behavior.

If necessary, probation officers will also be sent to the location after checking footage on security cameras.

Justice Minister Park Beom-kye visited the control center in Seoul's Dongdaemun Ward on Monday and was briefed on preparations for the trial service.

He also tested the new system by trying on an electronic anklet and entering a virtual no-go zone to set off the alarm.

Park said the new program is "meaningful," given the high recidivism rate among sex offenders.

The ministry said it plans to expand the service to other parts of Gyeonggi Province and Seoul before the end of the year. 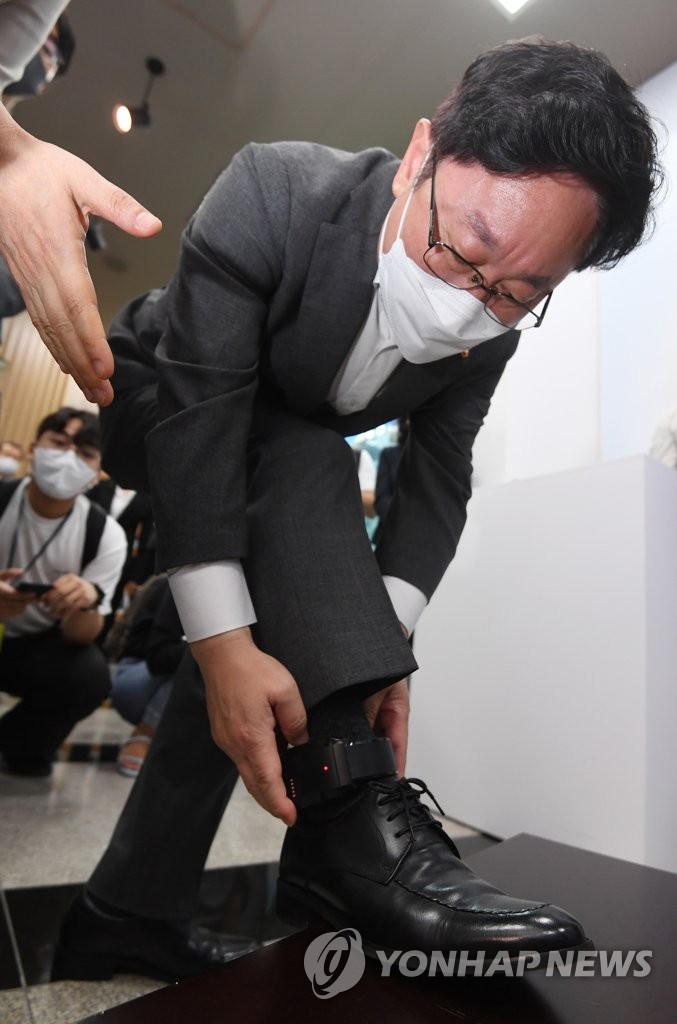