SEOUL, July 26 (Yonhap) -- The remains of Chinese soldiers killed in the 1950-53 Korean War will be sent back to their homeland in September after excavation from former battle sites, the defense ministry said Monday.

The repatriation will be the eighth of its kind since Seoul pledged in 2014 to repatriate the remains of fallen Chinese soldiers killed during the three-year conflict, leading to the return of 716 sets as of last year.

During working-level talks held between the two sides in Qingdao, Seoul and Beijing agreed to hold this year's joint ceremony to casket the remains on Sept. 1 and hand them over along with other discovered items the next day, according to the ministry.

During the war, China fought alongside North Korea against the U.S.-backed Allied forces. Nearly 1 million Chinese soldiers are believed to have died, been wounded or remain missing, according to Seoul government data.

"We will continue to repatriate the remains of Chinese troops discovered in South Korea," the ministry said in a release. 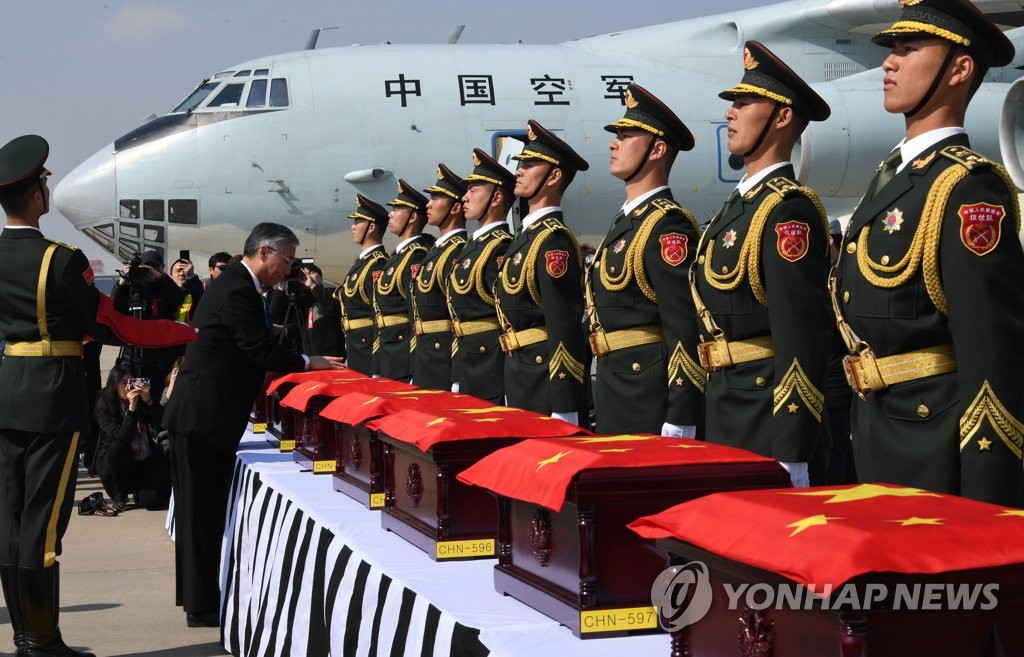