SEOUL, July 27 (Yonhap) -- South Korea's economy grew at a solid pace in the second quarter and is on track for a 4 percent expansion this year estimated by the central bank thanks to a strong recovery of domestic demand and robust exports, the Bank of Korea (BOK) said Tuesday.

Gross domestic product increased 0.7 percent on-quarter in the April-June period, after a 1.7 percent expansion in the first quarter.

The nation's economy grew 5.9 percent on an annual basis, marking the fastest expansion in a decade.

The growth was partly supported by a recovery in private consumption in the second quarter, the BOK said in the statement. 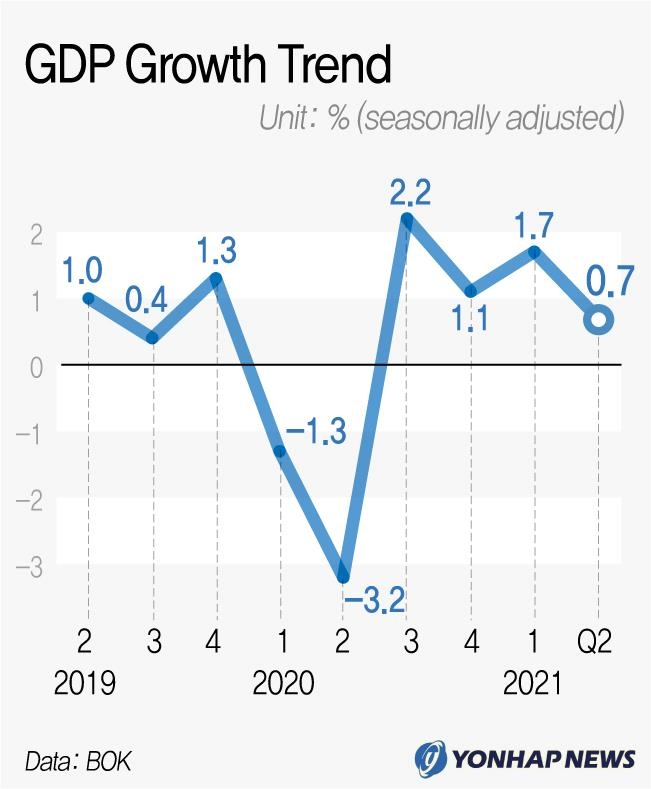 However, a recent surge in COVID-19 infections and extended distancing rules are expected to pose a threat to an economic recovery, Hong said.

Hong said the government will spare no efforts to boost private consumption. Last week, the National Assembly approved a 35 trillion won (US$30.4 billion) extra budget to provide pandemic relief handouts to most households. 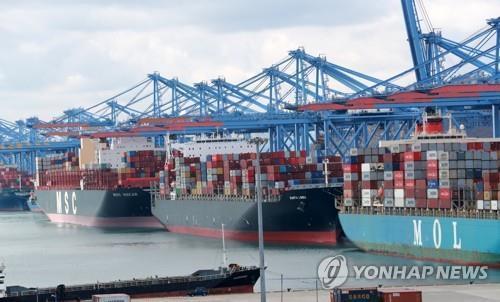 A strong recovery in exports is expected to help South Korea's economy grow at a faster-than-expected pace, but a raging fourth wave of COVID-19 infections is likely to weigh on the economy.

"While the economy has benefited from a consistently strong export performance, the domestic COVID-19 situation remained worrisome, necessitating extended social distancing rules, which moderated the gains from spending growth," Moody's Analytics said in a recent note.

"Notwithstanding this constraint, some improvement in the pace of employment, together with continued strength in trade, is expected to have lifted demand."

Earlier this month, the BOK kept the base rate steady at a record low of 0.5 percent, but BOK Gov. Lee Ju-yeol adopted a more hawkish tone.