BORYEONG, South Korea, July 27 (Yonhap) -- The annual Boryeong Mud Festival has been selected as one of Asia's three major festivals by an international festival association, a local government said Tuesday.

According to the city government of Boryeong, about 190 kilometers south of Seoul, its popular mud festival was designated as one of the Three Major Festivals of Asia by the International Festivals & Events Association (IFEA) Asia.

The two other festivals that received recognition were the annual Harbin International Ice and Snow Festival, which takes place in the northeastern Chinese city between January and February, and a water festival held during Songkran, Thailand's New Year's holiday in April.

The three have been selected among 21 festivals across seven Asian countries in IEFA Asia's online survey of about 300 people and experts. 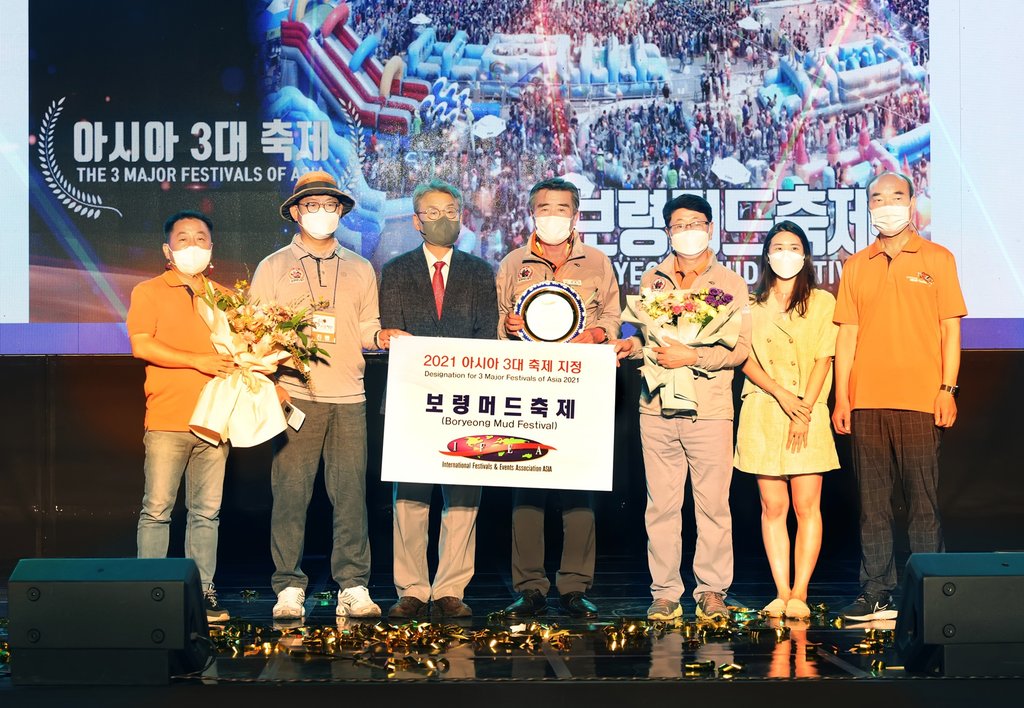 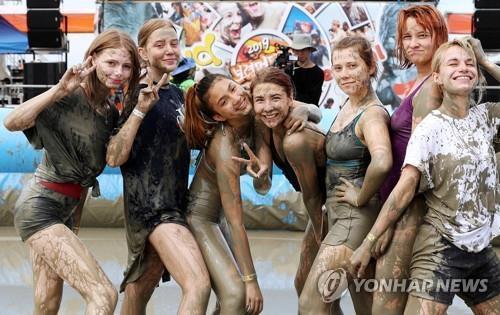 Since kicking off in 1998, Boryeong Mud Festival has become one of the country's most celebrated summer events with dynamic programs where visitors can enjoy high-quality mud rich in minerals and known to help prevent skin aging. It takes place on Daecheon beach in the central coastal city every July or August.