"Moderna has notified us that an adjustment to its supply schedule was unavoidable due to a problem with its production. We are in discussions with Moderna officials on specific supply volume and dates," Prime Minister Kim Boo-kyum said during an interagency meeting on the government's COVID-19 response.

Kim added that authorities will come up with supplementary measures for the state vaccination program in order to reach herd immunity by November without setbacks and announce it in detail to the public soon.

In December, the government signed a deal with Moderna to buy its vaccine for 20 million people, with the 40 million doses initially planned to be delivered in successive batches from the second quarter of this year.

The prime minister also said health authorities have identified some 8,200 violations of COVID-19 protocols in the past 20 days and urged local governments to seek active legal measures against such offenses.

Kim also stressed the need to produce "meaningful change" within the next two weeks in terms of the virus response, amid the enforcement of heightened virus rules across the non-greater Seoul regions. 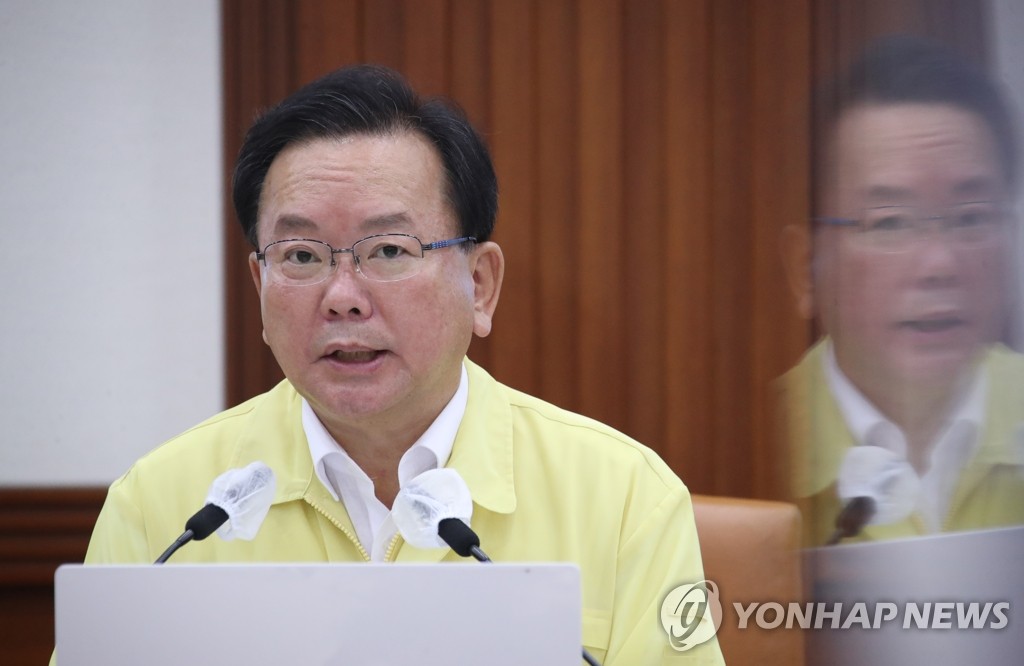