Net income came to 1.25 trillion won (US$1.09 billion) in the April-June period, up 43.4 percent from a year earlier, the banking group said in a regulatory filing.

In the first half of the year, the group's net profit stood at a record high of 2.44 trillion won, up 35.4 percent from a year earlier.

Shinhan Financial Group's net interest margin (NIM), or the difference between interest paid and interest received, came to 1.81 percent as of end-June, unchanged from three months earlier but down 0.03 percentage point from a year earlier.

The group's ratio of non-performing loans amounted to 0.52 percent as of end-June, down 0.04 percentage points from three months earlier. Its loan-loss provisions came to 359 billion won in the first half, down from 463 billion won a year earlier. 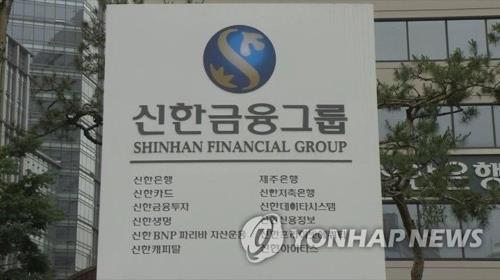