The two Koreas reactivated direct communication channels at 10 a.m. Tuesday, both sides said, 13 months after the North unilaterally severed them in protest over activists sending anti-Pyongyang leaflets across the border into the North. 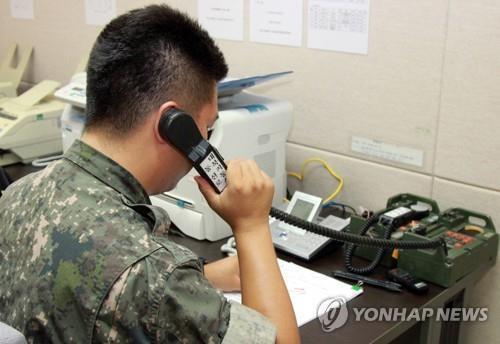 The reactivation came as skepticism rose over Moon's peace drive being buffeted by the North's blowing up of a joint liaison office in June last year, and its hardening rhetoric and unceasing drive for its nuclear program, with his five-year term due to end in May next year.

"The restoration of the lines signals the start of the restoration of inter-Korean relations. The exchange of letters between the leaders also means trust has been restored to a certain extent," said Yang Moo-jin, a professor at the University of North Korean Studies.

Yang also noted that conditions appear to have been made to envision an inter-Korean summit.

"Wouldn't it be possible to have a summit when trust has been built? A face-to-face summit may not be easy, but I think video talks may be possible," the professor said.

Nam Chang-hee, professor of international politics at Inha University, cast the reconnection of two-way communications as a "first step" in what could be a reversion to the inter-Korean peace mood witnessed in 2018. 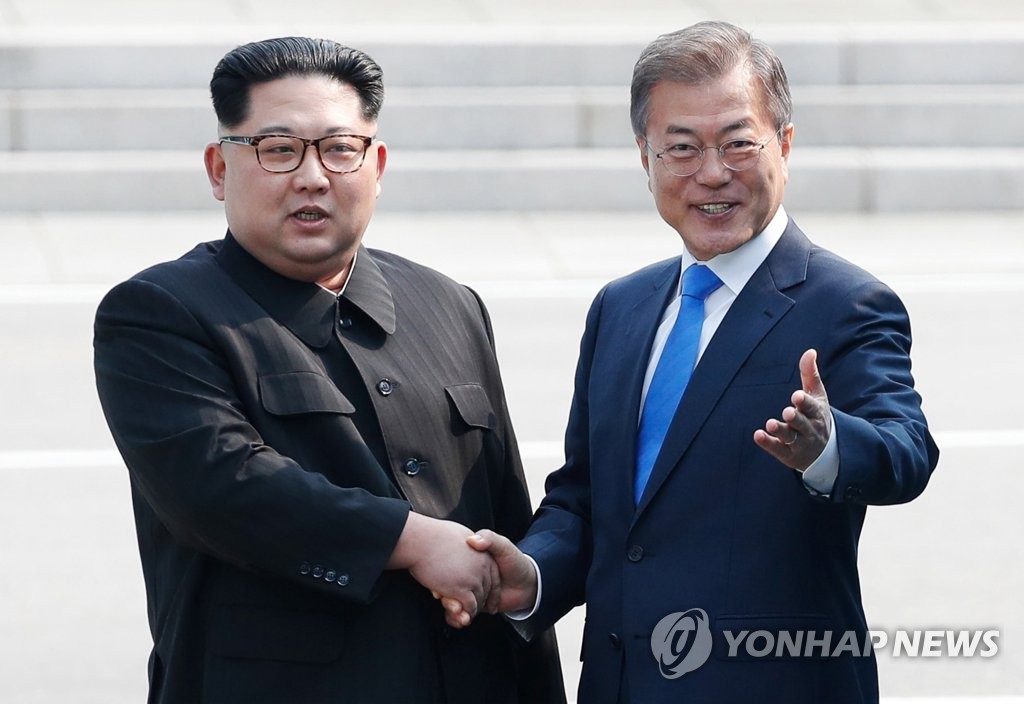 "The revival of the hotline is of crucial importance, both symbolically and substantively, if the two sides seek mutual confidence building efforts," Nam said. "Such efforts may not end as a one-off event, though it is hard to predict what would unfold down the road."

The shift toward dialogue came as Pyongyang has been struggling with multiple challenges, including a growing sense of urgency about the spread of the more transmissible delta variant of COVID-19, continued global economic sanctions and worsening food insecurity.

Despite rising skepticism, Seoul has been forging ahead with its drive to foster a lasting peace on the peninsula by making continued overtures for cross-border dialogue and dangling the prospects of benefits such as cooperation on vaccine supplies.

Coordination between the South and the U.S. was on full display when Deputy Secretary of State Wendy Sherman stressed during her visit here that Washington is looking forward to a "reliable, predictable and constructive" way forward with Pyongyang -- a clarion call for the North to return to dialogue.

It remains unclear why Pyongyang shifted toward inter-Korean dialogue, particularly when it enjoys close ties with Beijing, as seen in Kim's vow to elevate relations with the Asian power in his congratulatory message to Chinese President Xi Jinping on the occasion of the centenary of the Chinese Communist Party.

Some analysts said that in the midst of various complicated challenges at home, the North may seek closer ties with the South so as to make the external environment more favorable to its interests.

"The North has been given the U.S.' offer to engage in dialogue without preconditions and has nurtured close ties with China," professor Yang said. "That said, Pyongyang seeks to expand its options to make the Korean Peninsula situation more favorable to it by taking a friendly posture toward the South."

Despite the positive mood at present, efforts to put cross-border ties on a stable footing face daunting challenges ahead, observers noted.

The challenges include the planned summertime military exercise between the South and the U.S., which the North has been lambasting as a rehearsal for a "war of invasion." The allies could modulate the scale of the exercise to back diplomacy with the North, but the duration of the exercise could dampen the mood for dialogue.

The upcoming presidential election season in the South could also pose a hurdle to the peace drive, as any inter-Korean projects could fall susceptible to politicking, with any misstep in the renewed efforts likely to become political targets.

Uncertainty also lingers over the prospects for the resumption of nuclear negotiations between Washington and Pyongyang.

The Biden administration has offered to meet with the North "anytime, anywhere without preconditions," but its focus on human rights -- at the center of its foreign policy -- and reluctance to relax sanctions could complicate the efforts to resume dialogue, observers said.

The nuclear negotiations between the U.S. and the North have been stalled since the Hanoi summit between former President Donald Trump and North Korean leader Kim in February 2019 ended without a deal.