Kim lost to Florian Unruh of Germany by the set score of 7-3 in the round of 32.

Archers each shoot three arrows per set. A set win is worth two points and a tie is good for one point. The first to six points is the winner. 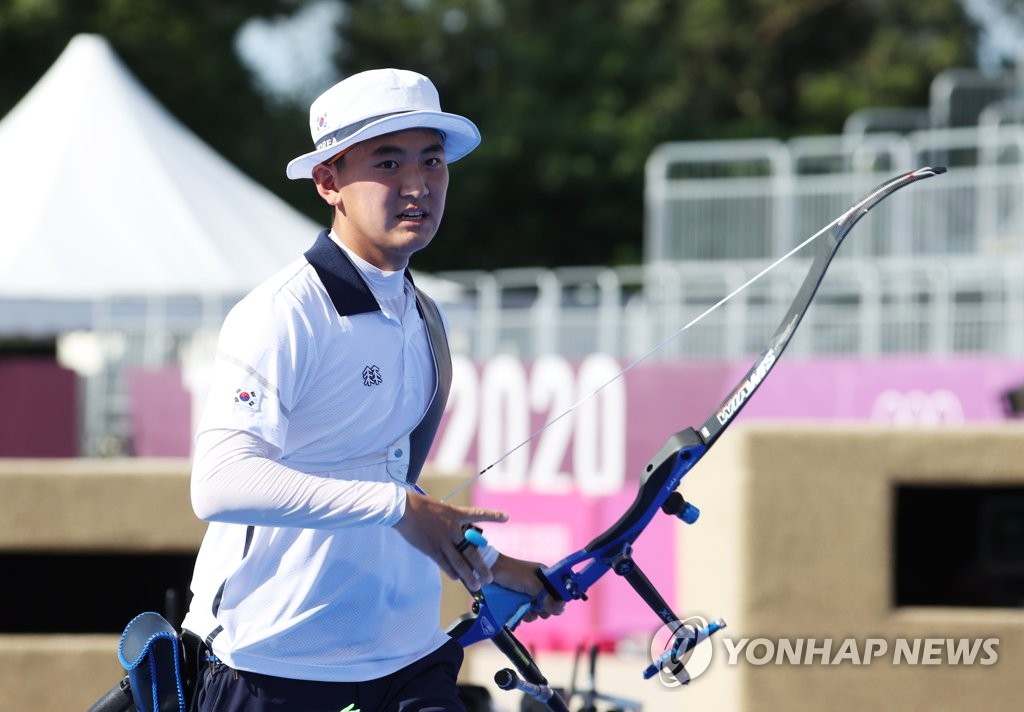 Kim won the first set with a perfect score of 30 but didn't win another set.

The two archers each bagged a point after both shot 27s in the second set. Unruh then beat Kim 28-27 in the third set to draw even in the set score at 3-3. The German claimed the next set with a 27-26 edge, and clinched the upset victory with a 29-28 win in the fifth set.

An San, who worked with Kim to take the mixed team gold and then captured the women's team gold, also has a chance to grab three gold medals. An's individual competition begins Thursday in the round of 64. 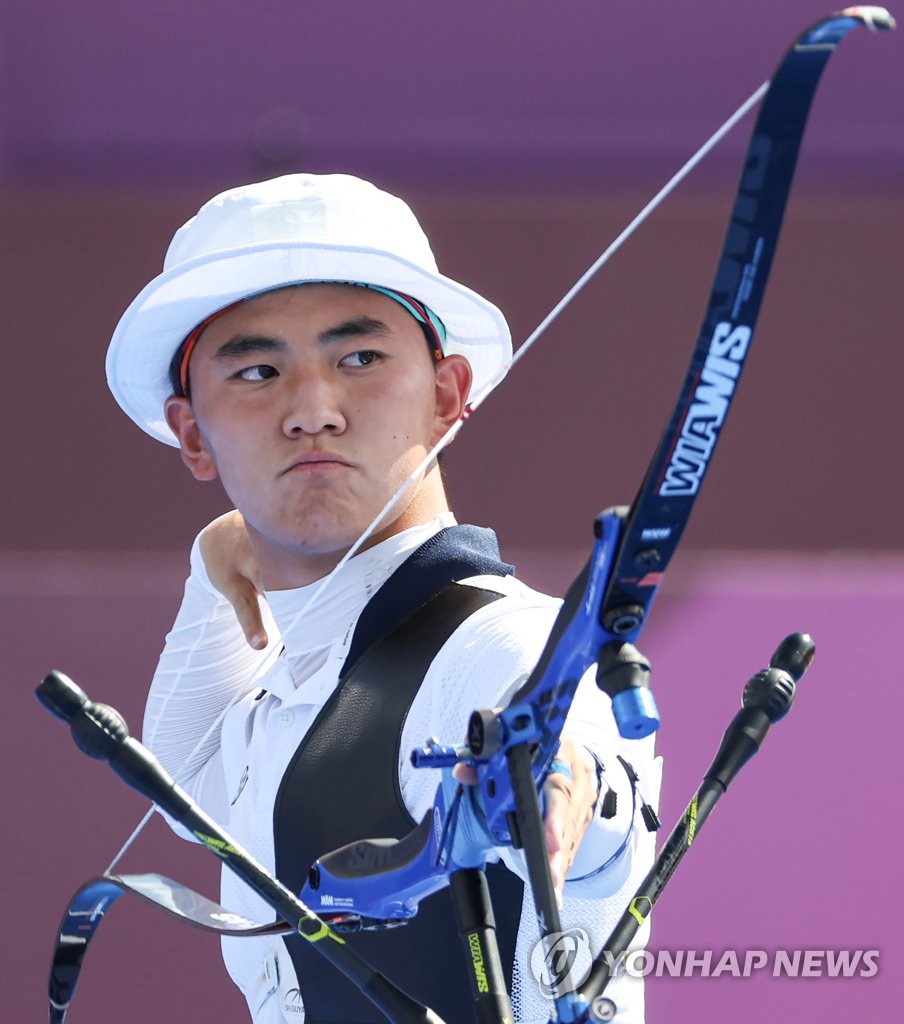