A tropical night occurs when the temperature does not fall below 25 C during the nighttime.

Seoul, other large cities, some coastal areas and Jeju Island experienced the phenomenon between Monday night and Tuesday morning, according to the Korea Meteorological Administration (KMA). 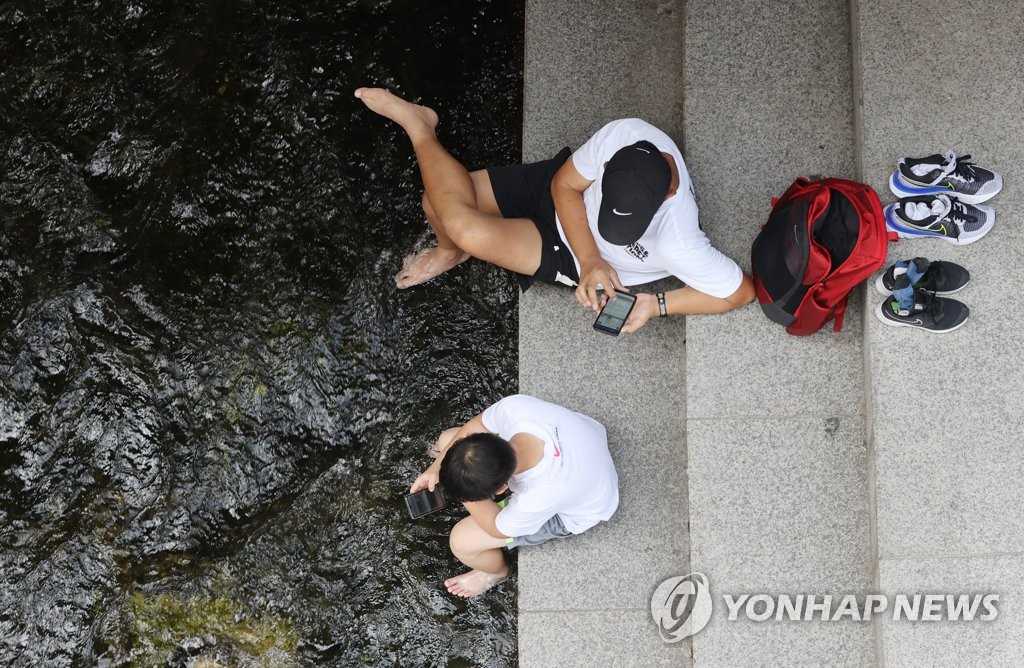 That meant tropical nights continued in Seoul for seven days straight, in Incheon, west of Seoul, for 10, on the southern island of Jeju for nine and in the southeastern city of Busan for eight, the KMA said.

In total, Seoul has experienced 12 tropical nights this year, while Incheon had 14, Busan 13 and Jeju 20.

The KMA forecast rain nationwide on Saturday, followed by more rain in parts of eastern Gangwon Province next Monday and Tuesday, but no letup in the sweltering heat until at least early August, with the maximum temperature hovering around 35 C.

Lee Myong-in, who heads the Heatwave Research Center at Ulsan National Institute of Science and Technology, said the heat wave can be attributed to high atmospheric pressure from Tibet trapping hot air over South Korea more than usual.

The phenomenon has led to the formation of a "heat dome" over the country, leading to more days of extreme heat than the average year, but likely fewer than in 2018, when the country experienced its hottest summer, Lee said during an online seminar with reporters.