CHIBA, Japan, July 27 (Yonhap) -- On the first day of the fencing competition at the Tokyo Olympics on Saturday, three South Korean female epee fencers were all sent packing early.

World No. 2 Choi In-jeong, in particular, suffered an ignominious defeat in the round of 32. Kang Young-mi, who'd teamed up with Choi to win silver at the 2018 world championships, was also gone after the round of 32. Song Sera did get to the round of 16 but got tripped up there. 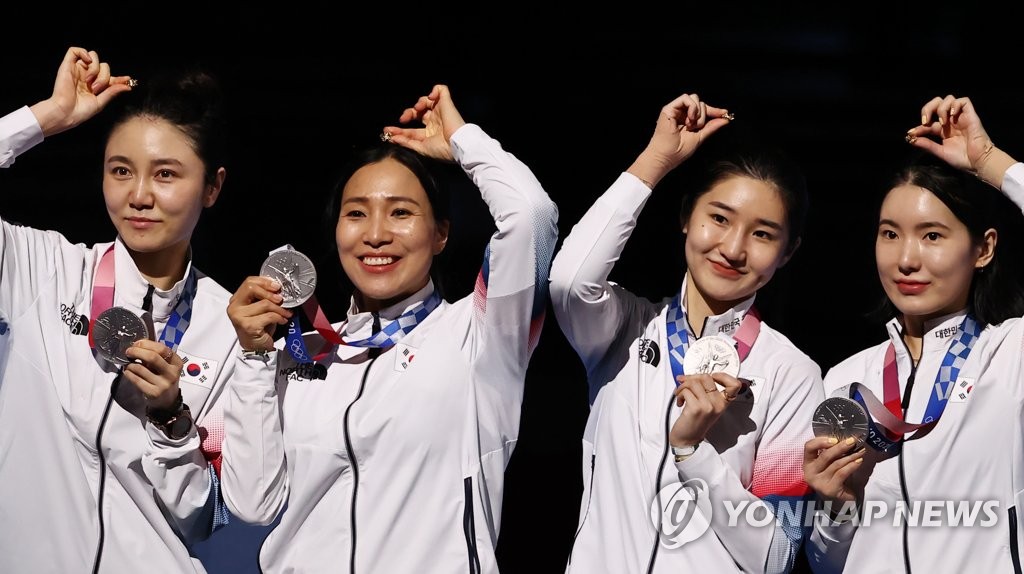 Both Choi and Kang said, as devastating as their losses were, their main focus had been on the team event all along. They said they'd try to wash away their disappointments with team success. But again, it was also fair to wonder if they would be able to regroup in time for the team event just three days later.

Choi and Kang put any lingering concerns to rest, as they did find team success in the form of a silver medal on Tuesday. 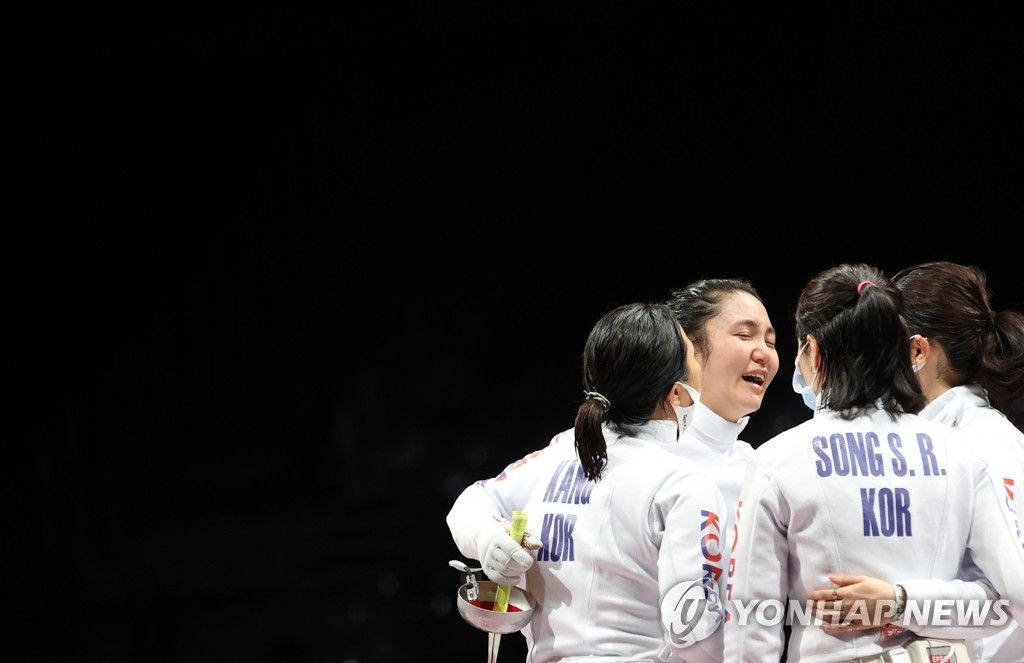 South Korea lost to Estonia 36-32 at Makuhari Messe Hall B in Chiba, east of Tokyo, for its second Olympic silver in the epee team event.

The country also won silver in 2012, with Choi being part of that team, too.

South Korea lost to China back then, and also couldn't get past its Asian rival in the final of the 2018 Asian Games. On this day, though, South Korea beat the top-ranked China in the semifinals 38-29 to reach the gold medal match. 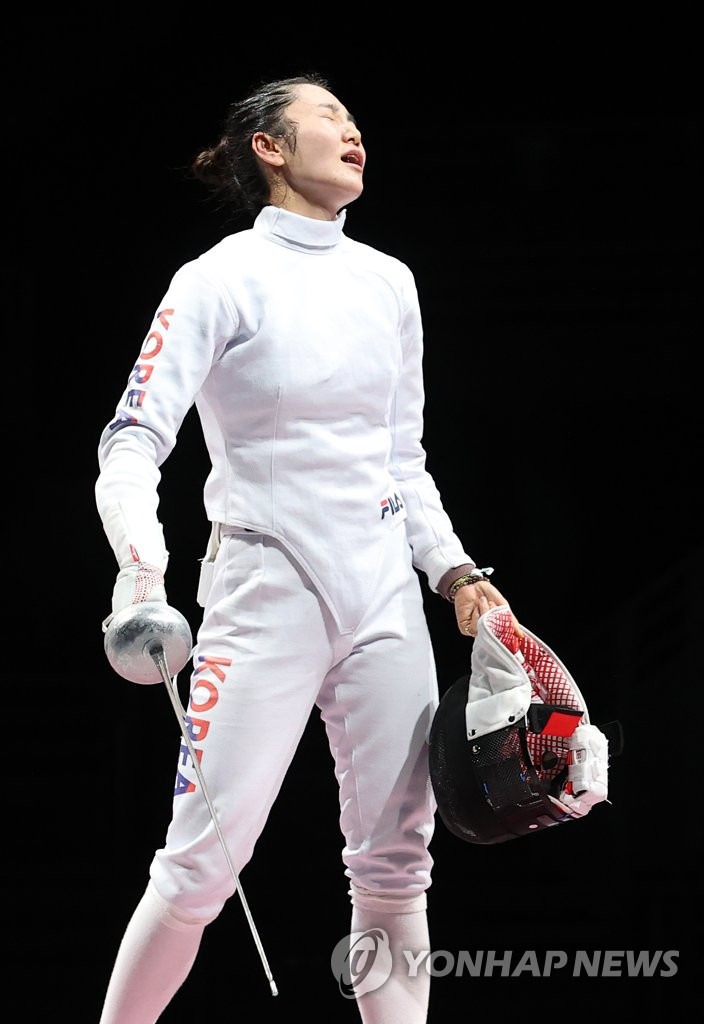 A team match is made up of nine individual bouts fought by three fencers. Each member of a team faces each member of the other team once. A head-to-head bout lasts three minutes or until one team's score reaches a multiple of five.

The objective is to get to 45 points first or to have more points than the other team by the end of the ninth bout.

With the gold medal on the line, South Korea traded leads with Estonia until they were tied at 26-26 entering the final bout. Choi lost to Katrina Lehis 10-6. Neither team led by more than two points until the last bout, illustrating how intense the showdown was. 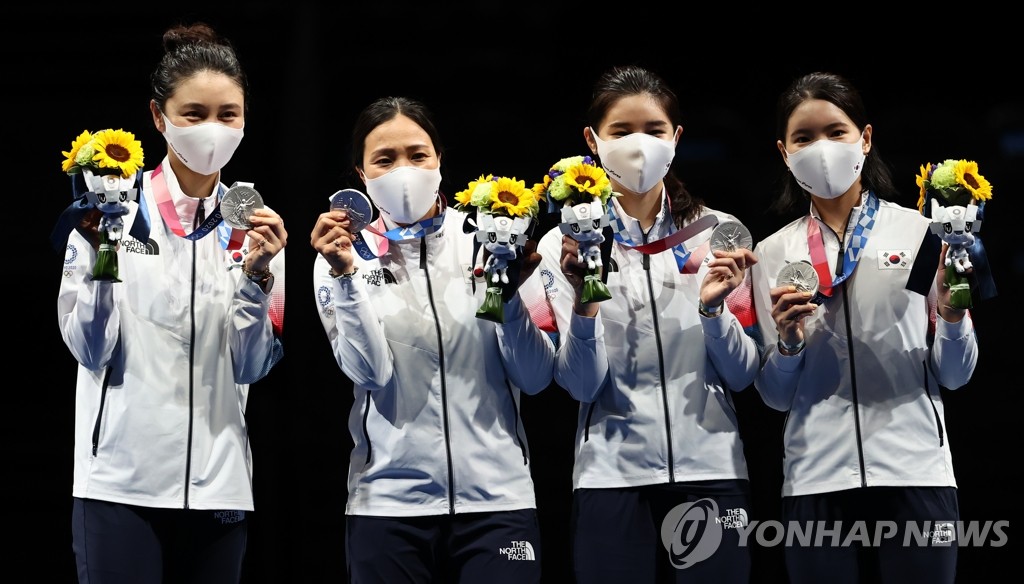 Choi was inconsolable after the loss, but her teammates helped put a smile back on her face in time for the medal ceremony.

Plus, the entire team -- Choi, Kang, Song and alternate Lee Hye-in -- had planned a special way to celebrate their medal. About a month before the Olympics, they each bought an Olympic wreath-shaped ring, and they got to put it on their pinkies on the podium.

"I am disappointed with my performance in the final, but it's still gratifying to come away with an Olympic medal," Choi said. "It's all thanks to my teammates here. I was especially happy when we beat China."

"I am proud of myself and my teammates," said Kang, the senior member of the team at 36. "We've had to overcome so much to get to this point."

Song, 28, said she learned so much from the two veterans, Choi and Kang, as she watched them prepare for each match and push one another from start to finish.

Lee, who only made a brief appearance in the final and didn't compete in the individual event, said, "I was inspired by my teammates. I feel like I can do so much better in the future."

Over three days of individual matches, South Korea only picked up one bronze medal, won by Kim Jung-hwan in the men's sabre. It was a letdown for a country that had expected at least one gold from the individual portion.

But the women's epee team took a step toward changing the narrative on Tuesday with its hard-earned and largely unexpected silver.

The men's sabre team, featuring world No. 1 Oh Sang-uk and the individual bronze medalist Kim, will try to pick things up from there on Wednesday. 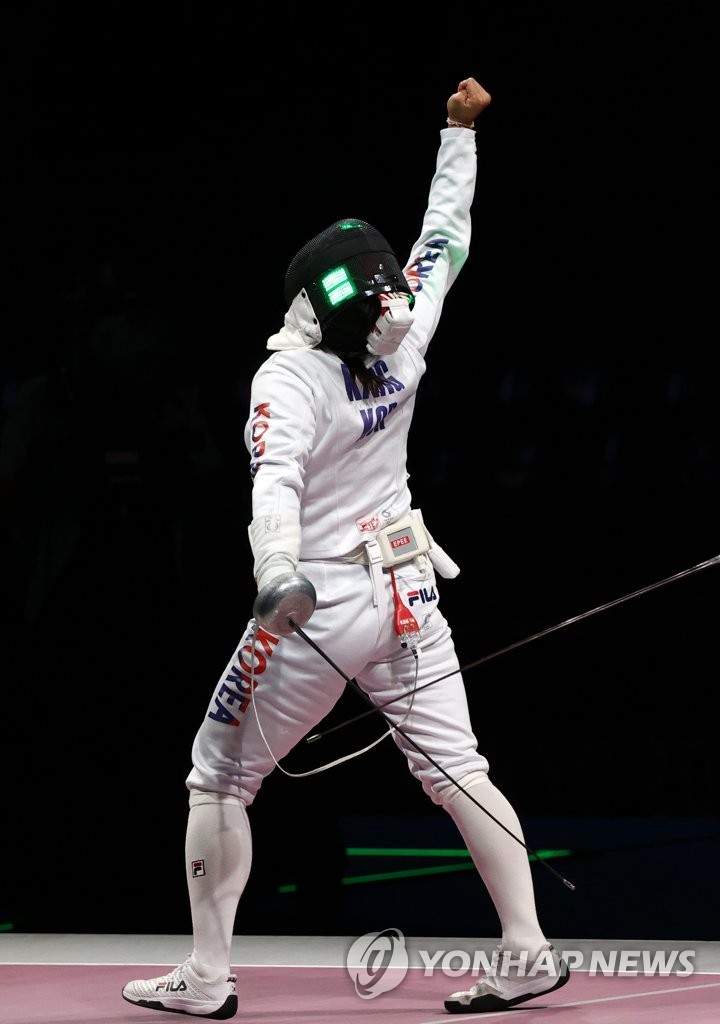