SEOUL, July 27 (Yonhap) -- South Korean superband BTS appeared on a BBC radio show on Tuesday to perform two of its biggest hits, as well as a cover of the Billboard-topping hit "I'll be Missing You."

The seven-piece act sang "Dynamite" -- the group's first song to reach No. 1 on the Billboard's main singles chart -- and its latest single "Permission to Dance," which topped the music chart last week, on BBC Radio 1's "Live Lounge." 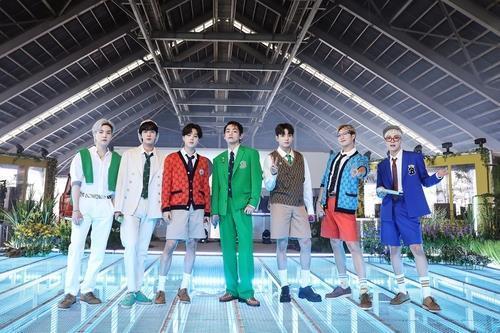 In addition to the group's own songs, BTS also performed the 1997 hit "I'll be Missing You" by American singers Puff Daddy, Faith Evans and R&B group 112 that was recorded as a tribute to the Notorious B.I.G.

Some rap parts of the English-language song were sang in Korean by BTS members.

When asked by show presenter Adele Roberts as to why the septet chose the song, RM said the group wanted to share the message of how much the members miss their fans, noting how they have not met in person for two years.

"So it's like a message to all the Armys around the world," he said, referring to the group's powerful fan base known as BTS Army.

"We miss everybody. We hope that things get to normal again as soon as possible and everyone sees everyone they love again," RM said. 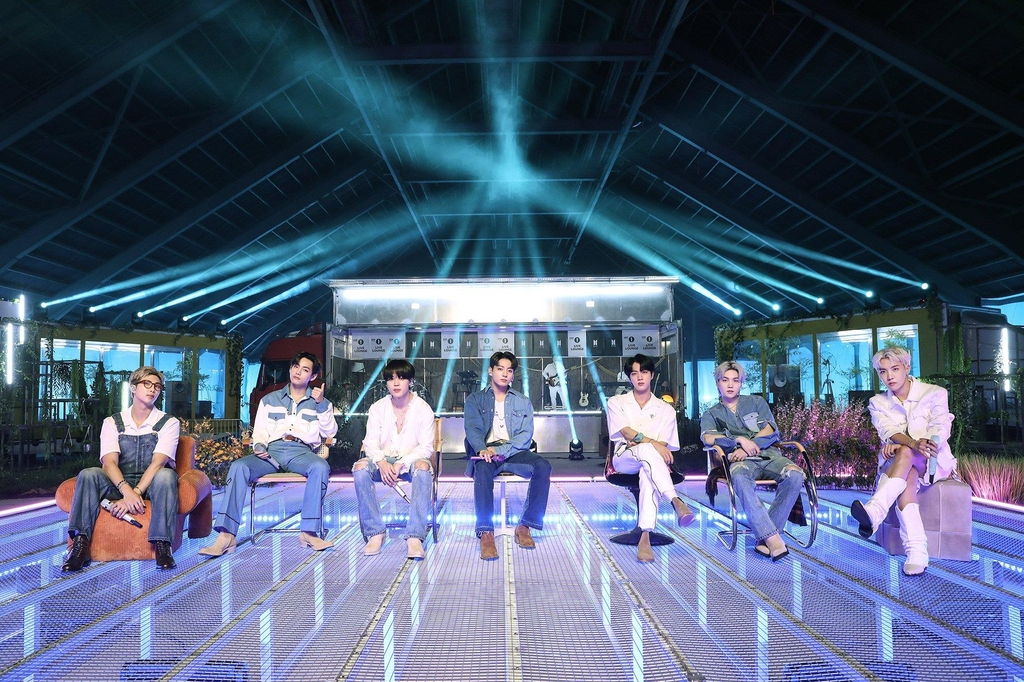