The U.S. defense chief made the remark as North Korea reopened its direct communication lines with South Korea in an apparent move to improve its relations with Seoul that many believe may also lead to a resumption of dialogue with the United States.

"And we're taking a calibrated, practical approach that leaves the door open to diplomacy with North Korea ... even while we maintain our readiness to deter aggression and to uphold our treaty commitments and the will of the Security Council," Austin said at the International Institute for Strategic Studies Fullerton Lecture in Singapore, according to a transcript of his speech released by the Pentagon. 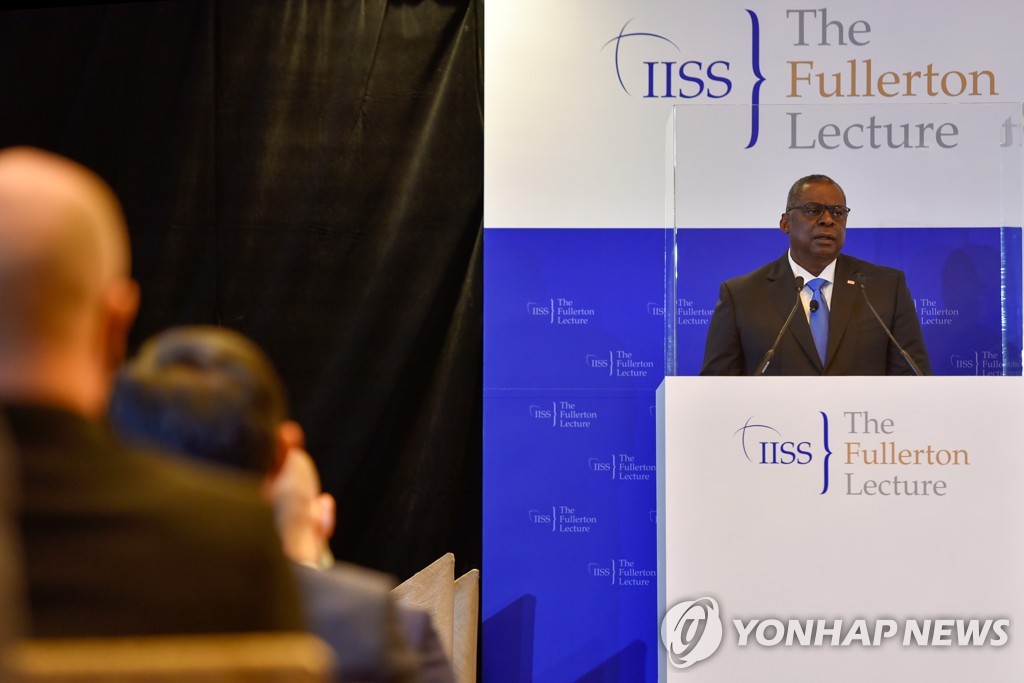 The defense secretary is on a three-nation Asia trip that will later take him to Vietnam and the Philippines.

North Korea reactivated its communication lines with South Korea on Tuesday (Seoul time), including a military hotline, which it unilaterally severed in June 2020 to protest anti-Pyongyang propaganda leaflets from South Korea.

The North's official Korean Central News Agency said the reopening of the communication lines will have "positive effects" on the improvement of inter-Korean relations, also noting the leaders of the divided Koreas have exchanged several personal letters in recent days.

Austin underscored the need to maintain pressure on North Korea.

"We're also taking a leading role again at the U.N. Security Council. That includes enforcing its critical resolutions about nuclear dangers on the Korean Peninsula," he said.

North Korea has stayed away from denuclearization talks with the United States since early 2019. It has also remained unresponsive to U.S. outreaches made since President Joe Biden took office in January.