In a vote held Tuesday, 56 percent of 42,745 workers who cast a ballot approved this year's wage agreement between the labor union and management, the company said in a statement.

Hyundai and its 48,534-member union reached the wage deal without a strike for the third consecutive year. They will sign the wage deal Thursday, it said.

The deal includes a 75,000 won (US$65) increase in basic monthly pay, a bonus of 200 percent of a worker's monthly salary plus 3.5 million won, 2.3 million won in performance-based benefits and five Hyundai shares per person.

But the company rejected the union's demand to extend the retirement age to 64 and reinstate fired workers.

Last year, the company and its union agreed on a wage freeze for the first time in 11 years due to the pandemic after the 1998 Asian financial crisis and the 2009 global financial crisis. 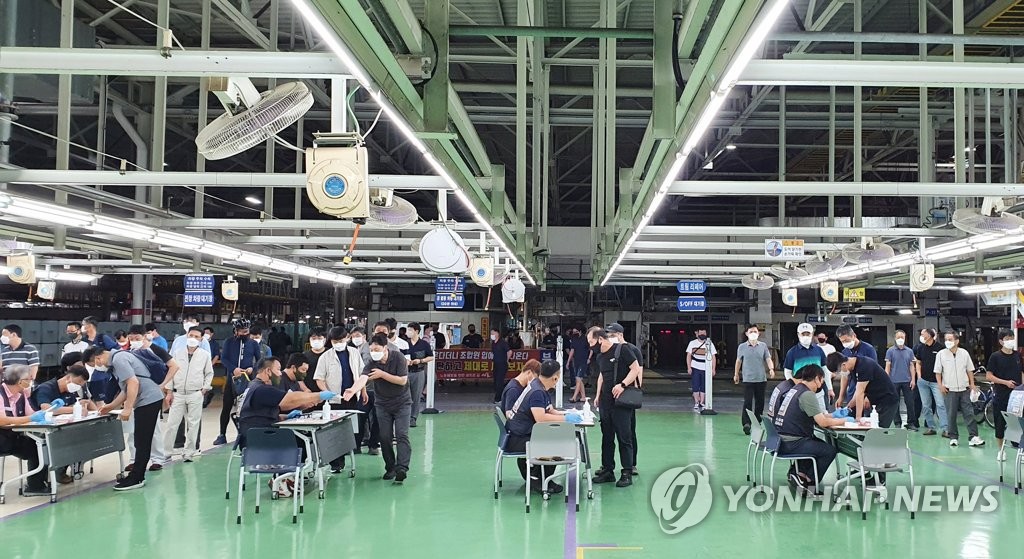