SEOUL, July 28 (Yonhap) -- South Korea's industry ministry said Wednesday it has given the go-ahead to a set of regulated projects, including allowing businesses to test self-driving robots equipped with cameras on sidewalks, in line with its efforts to lift excessive barriers and foster new growth engines.

Previously, self-driving robots were banned from running alongside pedestrians because they were considered automobiles under local rules.

"The latest pilot-run program is expected to help vitalize the local robot-based logistics industry," the Ministry of Trade, Industry and Energy said in a statement. "It will also contribute to setting laws related to self-driving robots in the future." 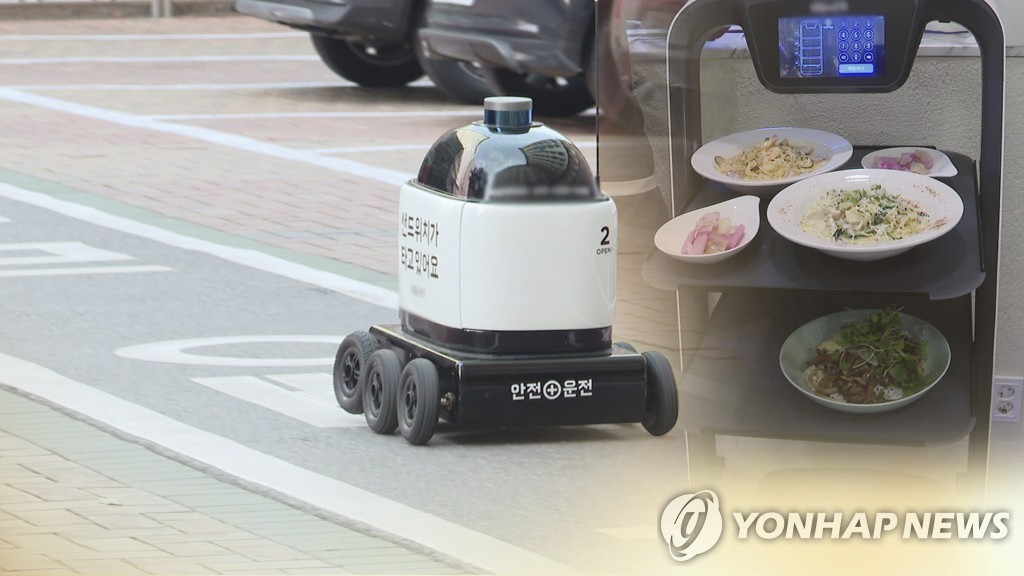 South Korea has been easing excessive regulations in different sectors since 2019 to foster new business opportunities and penetrate deeper into the fourth industrial revolution.

The number of regulations lifted by the government under the so-called regulatory sandbox scheme this year alone came to 42.

So far, around 70 companies launched new businesses through the policy, with their accumulated sales reaching 47.8 billion won (US$41.4 million), according to the ministry. They also created 270 jobs.

Other projects approved Wednesday include the hydrogen charging station for trains, as there are currently no guidelines on their establishment and operation.

S. Korea to allow test-run of self-driving robots on sidewalks

S. Korea to allow test-run of self-driving robots on sidewalks