SEOUL, July 28 (Yonhap) -- LG Display Co., a major display panel maker in South Korea, on Wednesday said it has swung to the black in the second quarter of the year on the back of increasing panel prices and its OLED display business.

The world's leading large-size OLED display maker reported a net profit of 423.8 billion won (US$368.5 million), shifting from a loss of 503.8 billion won a year earlier.

Operating income for the April-June period was 701.1 billion, compared with a loss of 517 billion won a year ago, the company said in a regulatory filing. It was the first time in four years that its operating profit surpassed 700 billion won.

Sales rose 31.3 percent to 6.96 trillion won, which was the largest for any second quarter in its history. 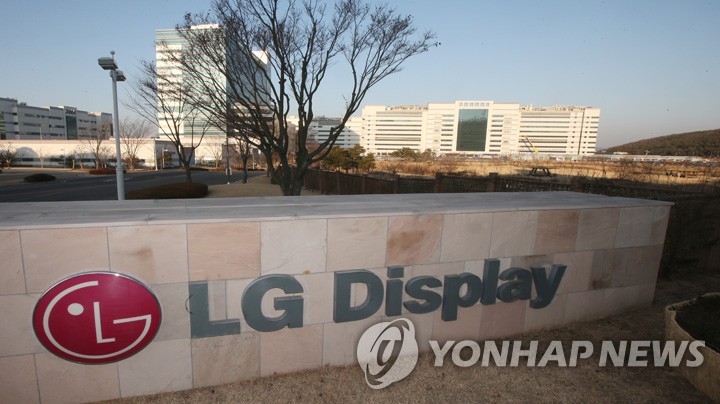 On a quarter-on-quarter basis, its net profit jumped 59.4 percent, while operating profit increased 34 percent. Sales inched up 1.2 percent from the first quarter.

By product, panels for IT products accounted for 39 percent of its revenue in the second quarter, followed by TV panels with 38 percent. Mobile displays and other screen products made up 23 percent of its sales.