(ATTN: UPDATES with more details in paras 10-13)
By Kim Eun-jung

SEOUL, July 28 (Yonhap) -- South Korea's top economic policymaker on Wednesday warned of a housing bubble amid a looming interest rate hike, and vowed to increase the housing supply and tighten lending rules to stabilize the market.

Finance Minister Hong Nam-ki expressed worries over the continued housing rally in the Seoul metropolitan area driven by ample liquidity and expectations of a further price hike, which could threaten the financial stability amid the snowballing household debt.

"Several housing market indicators are near record highs or have already surpassed previous peaks," Hong said during a meeting on the real estate market.

Citing reports by the central bank and other institutions, Hong warned that the property market is overheated and housing prices could fall at any time as they have excessively risen.

Hong said the government will tighten lending regulations in the latter half of this year as the Bank of Korea (BOK) is on track to raise the interest rate within this year. 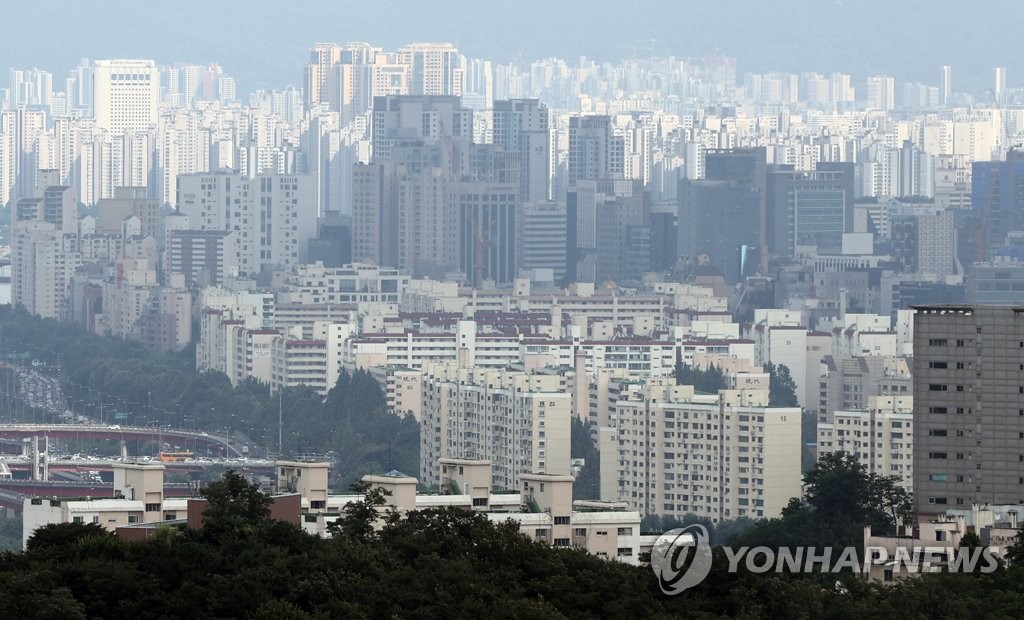 BOK Gov. Lee Ju-yeol said earlier this month the central bank is preparing to begin normalizing its pandemic-era easing of the monetary policy as it seeks to ease side effects of low interest rates.

To cool down the heated market, Hong said the government will continue efforts to increase the supply of affordable housing and crack down on speculators and those who manipulate the housing market.

The government's repeated warnings on the housing boom comes as growth of home prices has picked up in recent months in Seoul on expectations of eased rules on the reconstruction of old apartments in the capital.

The median price of apartments in Seoul surpassed 1 billion won (US$866,000) for the first time in July, while those in the surrounding Gyeonggi Province reached 538.7 million won, according to data by KB Kookmin Bank.

Despite the soaring housing prices, household income grew at a slower pace to make it harder for people to buy a home in the capital under stringent mortgage rules.

A middle-income household could buy a home in the Seoul area by saving their entire income without spending a dime for 15 years in 2020, which rose from 12 years in 2017, other KB data showed.