SEOUL, July 28 (Yonhap) -- More than half of employees at South Korean technology giant Naver Corp. reported having experienced bullying at work, the labor ministry said, calling for an improvement of its work culture.

The Ministry of Employment and Labor on Tuesday announced the results of its special supervision of Naver following the suicide of one of its employees in May from apparent bullying at work. 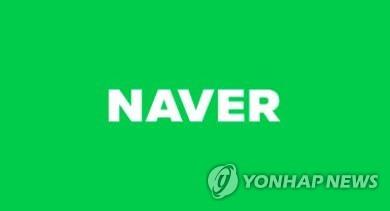 In a survey of Naver employees conducted from June 9 to July 23, 52.7 percent of respondents said they had experienced bullying at least once in the past six months, while 10.5 percent said they were bullied repeatedly at least once a week over the same period, according to the ministry.

The survey was answered by 1,982 of 4,028 employees, excluding executives.

The ministry also confirmed the suicide victim had been bullied at work, saying the man in his 40s "experienced repeated verbal abuse and insulting words and actions" from his immediate superior, was "deliberately excluded" from decision making and "suffered under pressure from excessive work."

The ministry said the abuser was a "leader in a position of responsibility" at the executive level and cited the victim's diary, as well as a colleague's testimony.

It said Naver took no action even after the victim and multiple other employees raised the issue of workplace bullying with the chief operating officer.

By law, employers are required to conduct an investigation as soon as they learn of alleged bullying at work.

"Even though Naver is one of our country's leading IT businesses and a favorite among the youth, the special supervision revealed numerous areas related to workplace bullying that need to be improved," a ministry official said.

The ministry added that it plans to fine the company and refer it to the prosecution for violations of labor laws while guiding it to improve its corporate culture.

In a statement following the ministry's announcement, Naver said it "learned of many areas that we had missed" but claimed it had an explanation for the charge it took no action in response to the reports of bullying.

"We will provide a detailed explanation in a future investigation," the company said. "We are preparing overall changes to prevent a recurrence of such incidents."