Four hotlines were restored Tuesday after the North cut them off in June last year in protest of anti-Pyongyang propaganda leaflets coming in from the South. At the time, the North also blew up a joint liaison office in anger as well.

On Wednesday, the two sides held phone calls via liaison and military hotlines.

"Calls between South and North Korea proceeded as usual at 9 a.m.," the unification ministry said.

The two sides are supposed to hold regular phone calls twice a day, at 9 a.m. and 5 p.m.

Meanwhile, North Korean media outlets for the domestic audience have stayed silent on the restored hotlines, though the official Korean Central News Agency, which is geared toward a global audience, carried a report on the news.

As of Wednesday morning, the Rodong Sinmun, the official newspaper of the North's ruling party, and other state-run broadcasters have not carried any report on the restoration of the lines. 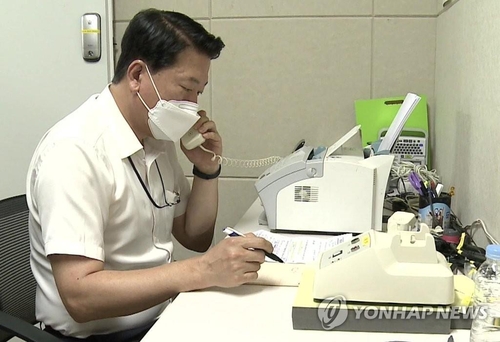