TOKYO, July 28 (Yonhap) -- After the conclusion of the last professional volleyball season in South Korea, Kim Hee-jin underwent left knee surgery in May to remove bone chips. She was about to go on an extensive rehab that would get her ready for the next season.

But then the national team came calling. Head coach Stefano Lavarini specifically wanted the opposite spiker on the squad for the Tokyo Olympics in July. Lavarini in particular praised Kim's thorough understanding of the team's strategy and her ability to play the style of volleyball that the team demands. An ideal starting lineup would have Kim in the opposite spiker position, Lavarini said. 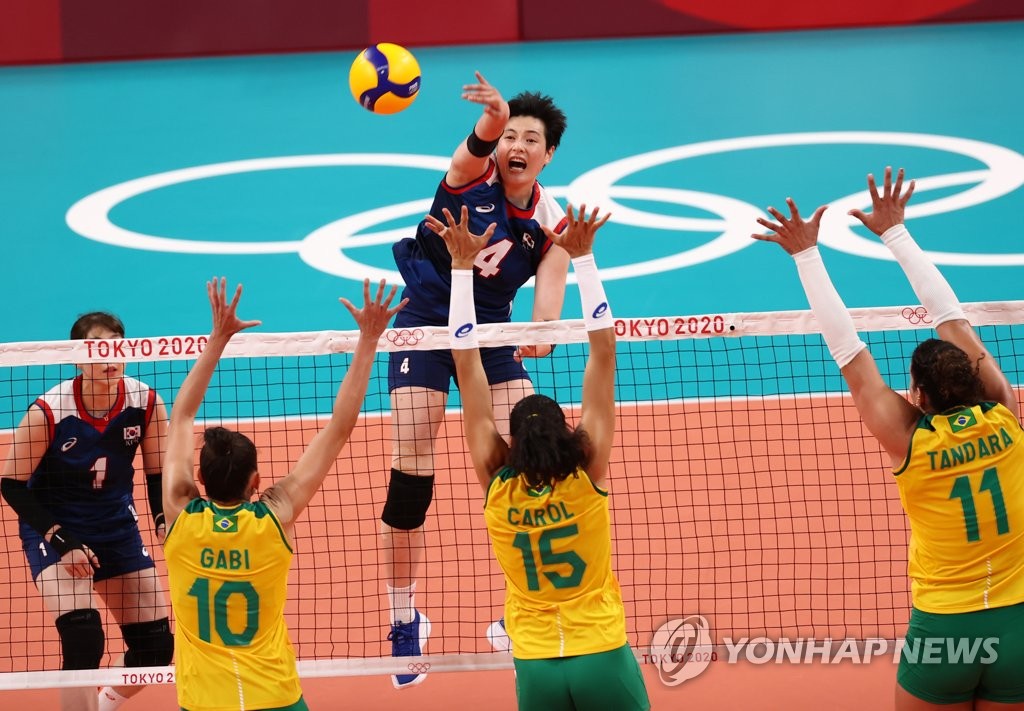 Still, competing at the pressure-packed Olympics only two months after the operation was a risky proposition, but Kim decided to give it a go. She ramped up her rehab program and made the team.

"My knee isn't 100 percent," Kim admitted after the victory. "It usually takes two months after surgery to start training with the ball, but I am already playing after two months."

Still, the 30-year-old said she was grateful for the opportunity.

"I am thankful that the coach sees me as the first option on offense, even though I just had surgery. I can't believe I am competing at the Olympics here," said Kim, who also played at the 2012 and 2016 Olympics. "We have more difficult matches coming up, and so we'll have to keep battling." 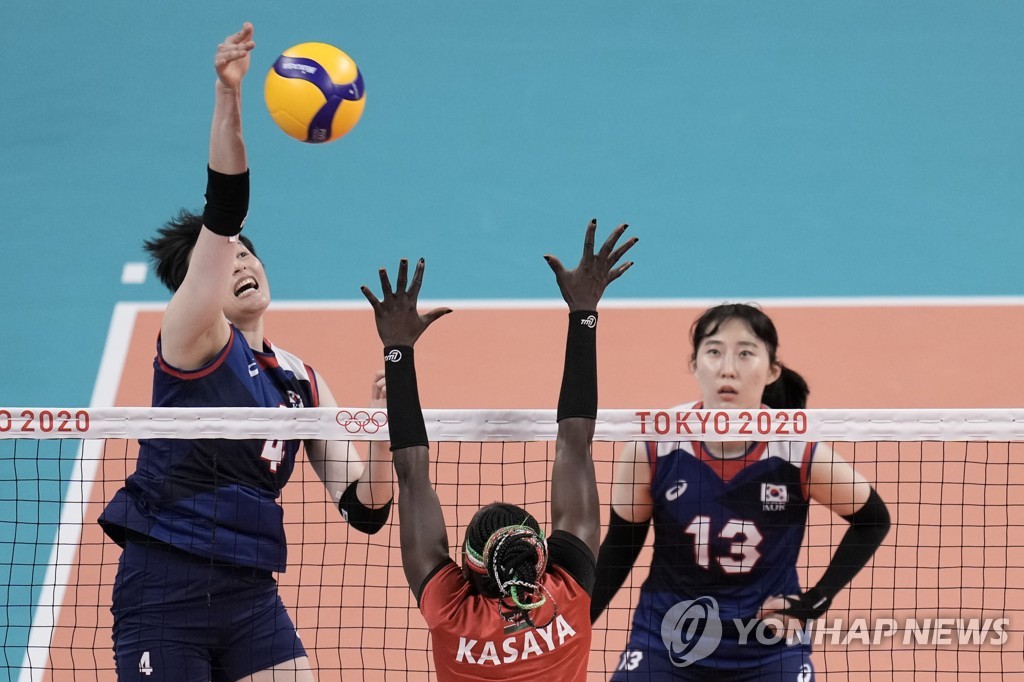 South Korea, ranked 14th, earlier lost to Brazil to open the tournament. It will later face the Dominican Republic, Japan and Serbia. The top four teams from the group will reach the quarterfinals.

Kenya, at No. 27, is the only team in the group ranked lower than South Korea. The seventh-ranked Dominican Republic is up next on Thursday.

The Dominicans gave Brazil all it could handle in a five-set loss Tuesday, two days after Brazil handled South Korea in straight sets.

"The Dominican Republic looked really good against Brazil," Kim said. "But with proper preparation, I think we'll still have a chance."