TOKYO, July 28 (Yonhap) -- South Korean swimmer Hwang Sun-woo set a new Asian record in the 100m freestyle at the Tokyo Olympics on Wednesday, adding to a fast-growing list of accomplishments in his burgeoning career.

Hwang finished third in his semifinals heat, and fourth overall among 16 swimmers, with a time of 47.56 seconds at Tokyo Aquatics Centre. He will compete in the final at 11:37 a.m. Thursday. 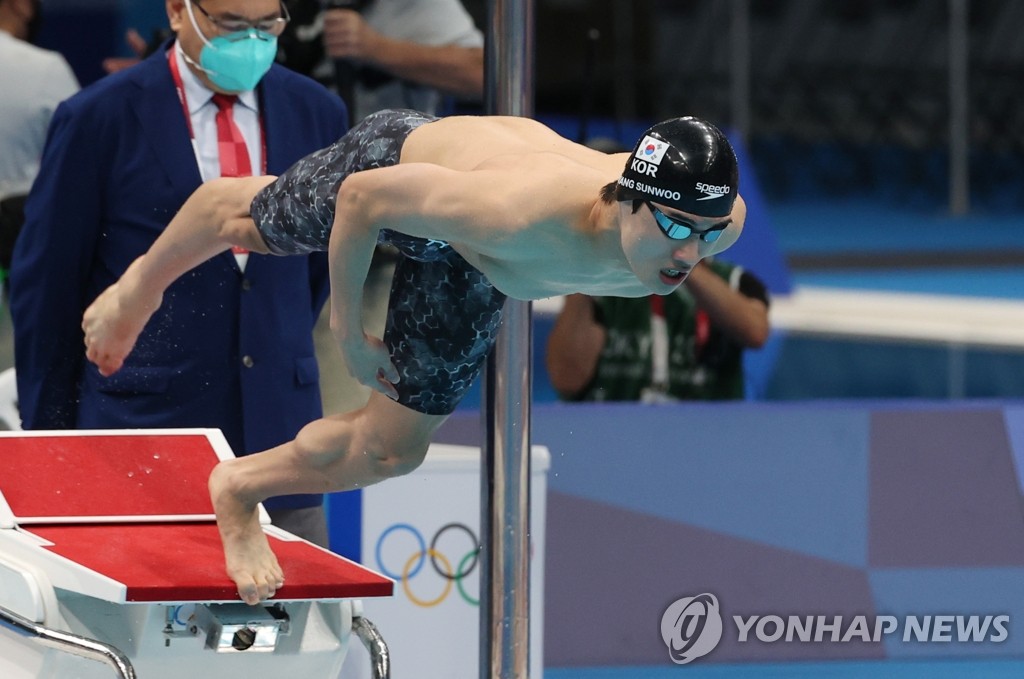 The previous Asian record was 47.65 seconds, held by Ning Zetao of China since October 2014.

Hwang is the first South Korean to reach the 100m freestyle final in the Olympics.

Hwang had reached the semis with a Korean record time of 47.97 seconds Tuesday. He was the only Asian swimmer in the semis, with the 100m having been dominated by Americans and Europeans.

Hwang earlier broke his own national record in the 200m freestyle, an event where he finished seventh overall on Tuesday.

Hwang, 18, will try to become only the second South Korean swimmer, after Park Tae-hwan from 2008 and 2012, to win an Olympic medal.

Kliment Kolesnikov of the Russian Olympic Committee won the semifinals with a European record of 47.11 seconds. Caeleb Dressel of the United States, a two-time world champion in the 100m free, finished second with 47.33 seconds.

Hwang had the second-fastest reaction time in the semifinals with 0.58 second. But he reached the 50m point in only sixth place among the eight swimmers in his heat with 23.17 seconds. He came on strong later to reach the top three in the group, good enough for fourth overall.

In the 200m freestyle final Tuesday, Hwang covered the first 100m in 49.78 seconds, the fastest time in the field, putting him on a world record pace. Hwang was still in the lead after 150m but slowed down considerably for the home stretch to rank seventh.

The tireless teen, though, has been going through a grueling stretch. Later Tuesday, he raced in the 100m heats and then took part in the men's 2X400m relay about 50 minutes later.

The last Asian swimmer to win a medal in the men's 100m freestyle is Hiroki Suzuki of Japan, the silver medalist in 1952. 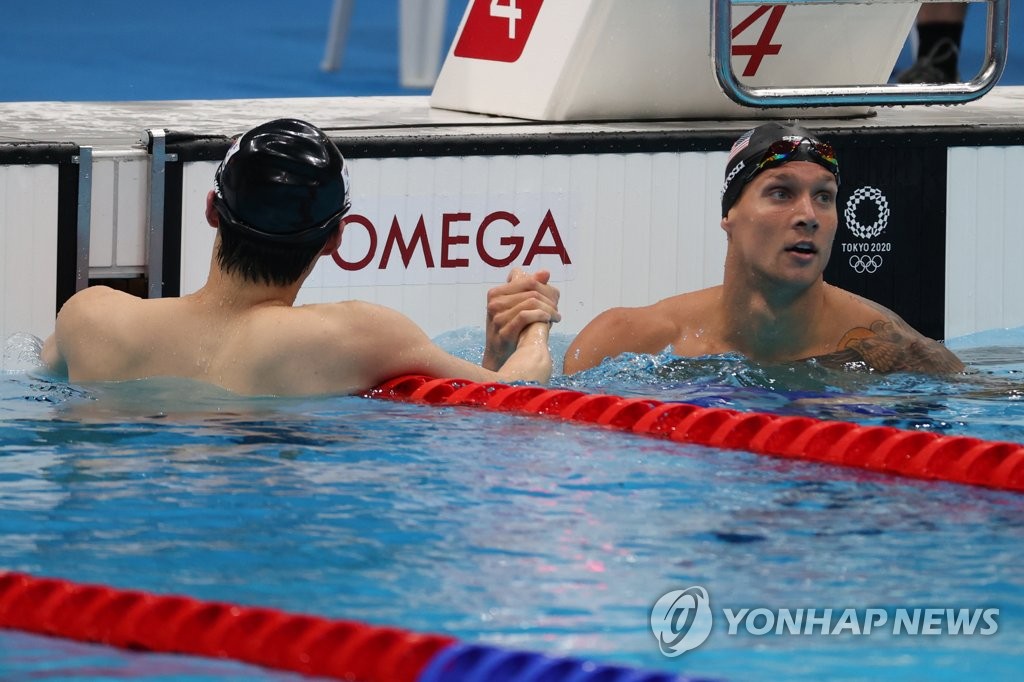