SEOUL, July 28 (Yonhap) -- Justice Minister Park Beom-kye said Wednesday it is too late for two former presidents jailed for corruption to receive presidential pardons on the occasion of the Aug. 15 Liberation Day.

He made the remark as two elderly former presidents, Park Geun-hye and Lee Myung-bak, were admitted to hospitals last week in moves some observers said may be intended to arouse public opinion favorable to special amnesties for them. 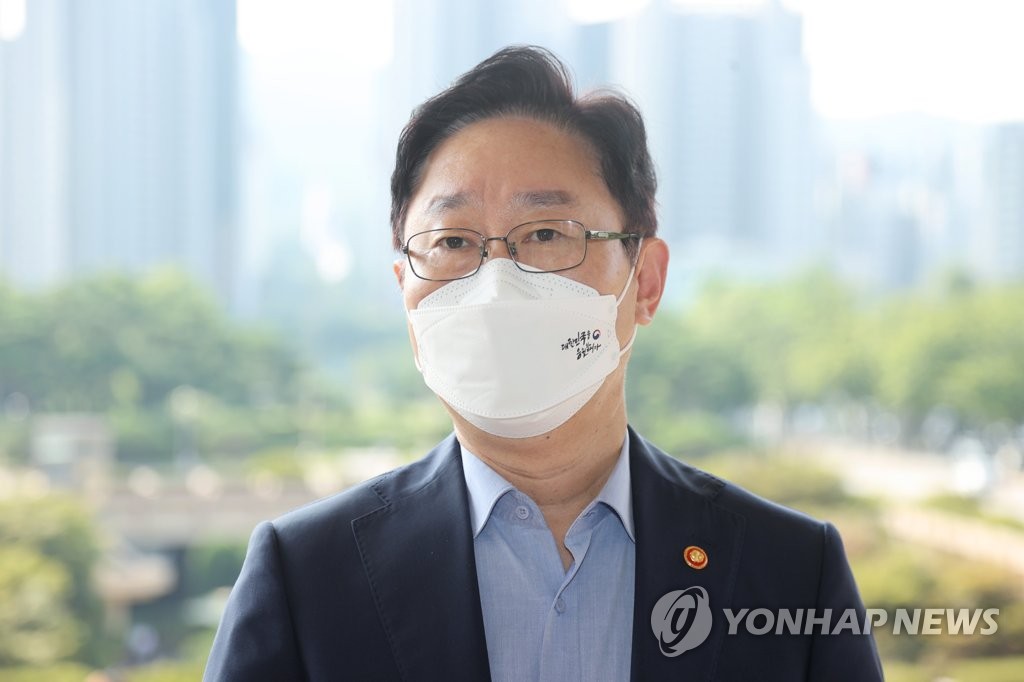 Minister Park dismissed such speculation, saying they were hospitalized for treatment of illnesses and that he has not received a message from President Moon Jae-in on their possible pardons.

"To grant Aug. 15 pardons, a related committee must be convened, but it is not possible in the time available as it is the holiday season and the coronavirus situation is serious," Park told reporters at the government complex in Gwacheon, south of Seoul.

Park Geun-hye, who was president from 2013-17, is serving a 22-year prison term. Her predecessor Lee is serving a 17-year sentence.
(END)