SEOUL, July 28 (Yonhap) -- Three soldiers and a civilian worker for the Army tested positive for the new coronavirus, the defense ministry said, the latest in a series of confirmed cases across the country amid a new wave of the pandemic.

Two soldiers -- one in the central city of Nonsan and the other in the border city of Paju -- tested positive while being in isolation after recently joining the military, according to the ministry.

The remaining soldier in Siheung, south of Seoul, and a civilian worker in the eastern county of Hongcheon were confirmed to have been infected after showing symptoms consistent with COVID-19, it added.

The latest cases brought the total caseload among the military population to 1,495.

Meanwhile, the defense ministry said 108,088 troops aged 30 and older, or 92.4 percent of this age group, have received their second doses of COVID-19 vaccines as of Tuesday, according to the ministry. 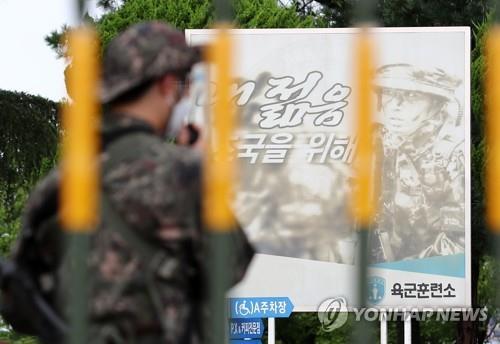