SEOUL, July 28 (Yonhap) -- The number of workers hired by South Korean small and medium-sized enterprises (SMEs) rose for the fourth straight month in June amid an economic recovery, a report showed Wednesday.

Local SMEs with fewer than 300 employees had a combined workforce of 24.83 million in June, up 438,000 from a year earlier, according to the report from the Korea Small Business Institute.

June marks the fourth consecutive month that the number of SME employees has grown from a year earlier.

June's increase came amid a strong recovery of domestic demand in the face of the prolonged COVID-19 crisis.

Meanwhile, the number of self-employed people expanded by 29,000 from a year earlier to 5.58 million in June, marking the first on-year increase in 16 months.

The report also showed local SMEs' exports came to US$10.2 billion in June, up 30.9 percent from the same month a year earlier. 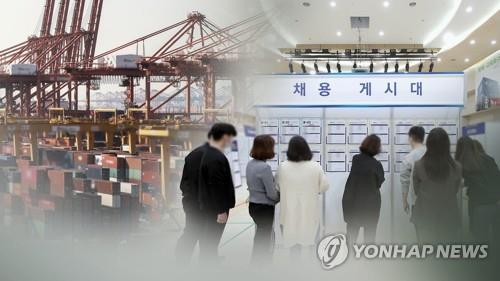 Number of SME employees rises for 4th month in June

Number of SME employees rises for 4th month in June