Moon pointed out that the fencing squad has proved its world's best-level ability by securing silver again the previous day after doing the same during the 2012 London Olympics.

"Thank you for bringing joy to the people," Moon wrote in his message for each member of the contingent -- Kang Young-mi, Choi In-jeong, Song Sera and Lee Hye-in. The message was posted on the president's social media accounts as well.

In a message to the sabre fencing team of Kim Jung-hwan, Gu Bon-gil, Oh Sang-uk and Kim Jun-ho who took down Italy in the men's gold medal match, the president said their win helped cool the heat of the summer night.

Lee, who snatched a silver medal in the women's +67kg in her first Olympics, has demonstrated South Korea's commanding position as the birthplace of taekwondo, the president noted.

In a message to In Kyo-don, the bronze medal winner in the men's +80kg event, Moon described his feat as more valuable in that it was achieved following his fight against cancer. 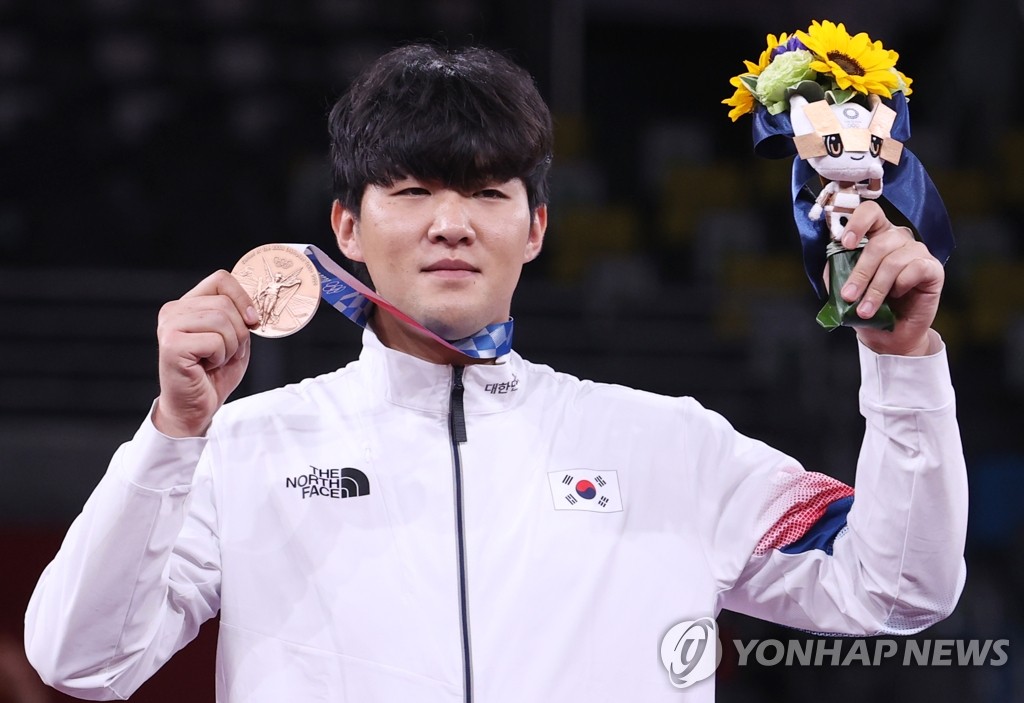